The Greatest Failure of Modernism

George Orwell’s dictum, expressed in his novel Animal Farm, that ‘All animals are equal but some animals are more equal than others’ is both proverbial and perennially true. In this allegorical and political novella, the animals on a farm decide to revolt against their boss, a man. Once they’re free of human domination, however, they realize that their new leader, a stout pig called Napoleon, has seized power and has become a worse tyrant than the previous boss.

Their new boss was very quickly corrupted by power, then, and imposed an even harsher slavery on the other animals, since he considered himself and his collaborators superior to them. Hence the characteristic phrase ‘All animals are equal but some animals (obviously those who were of the same ideological bent as Napoleon) are more equal than others’. What Orwell describes in his allegorical novella is what has happened in most political revolutions, where the new wielders of authority prove to be worse tyrants than the previous incumbents. This is precisely the same thinking that underlies acts of political assassination: ‘All people are equal, but the lives of those who don’t share our views are worth less than the lives of those who agree with us’. 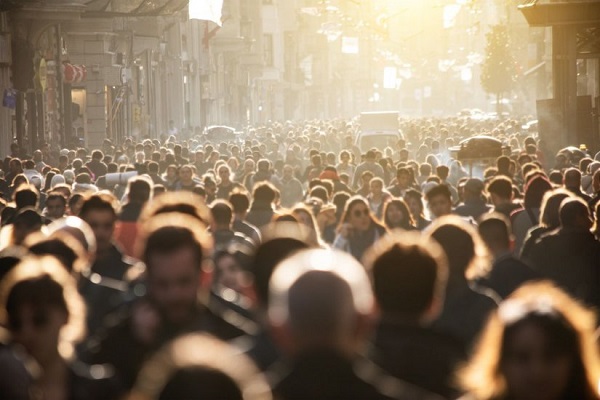 The allegory of Animal Farm deals with ideologists and adherents of a concealed dogmatism, who, in the name of purported freedom, are prepared to exterminate their opponents. Christian theology, however, has never identified the actions and ideas of a person with the essence and value of their life. This is the substance of the distinction Christian theology makes between sin and the sinner. This concept has most profound humanist implications, since it refuses to judge human beings on the basis of their misguided actions, nor does it take the Manichean view: that we are bad by nature and incapable of any alteration. The former murderers, robbers and even the executioners of martyrs, who trod the path of sanctity once they’d repented are proof of this. However, those who commit murder for ideological reasons inevitably equate the human life of the victim with his or her actions and, since these are unacceptable, that life of theirs is of no value.

This hypocrisy and the inability of so many modern political theories to recognize the value of each individual person we meet on a daily basis- unlike Christian theology which does just this- and to talk instead and in general terms about the rights of an abstract social totality, is best expressed in Dostoyevsky’s Brothers Karamazov. The starets [Zosima] tells of an educated doctor who claimed that he could love humanity in general and in the abstract, but not particular people in everyday life. The great author writes: ‘It’s just the same story as a doctor once told me’, observed the elder. ‘He was a man getting on in years, and undoubtedly clever. He spoke as frankly as you, though in jest, in bitter jest. “I love humanity,” he said, “but I wonder at myself. The more I love humanity in general, the less I love people in particular. In my dreams”, he said, “I have often arrived at making enthusiastic schemes for the service of humanity, and perhaps I might actually have faced crucifixion if it had been suddenly necessary; and yet I am incapable of living in the same room with any one for two days together, as I know by experience. As soon as any one is near me, their personality disturbs my self-complacency and restricts my freedom. In twenty-four hours I begin to hate the best of people: one, because they’re too long over their dinner; another, because they have a cold and keep on blowing their nose. I become hostile to people the moment they come close to me. But it has always happened that the more I detest people individually, the more ardent my love for humanity becomes”’.

This is hypocrisy on the part of the doctor in the narrative and, simultaneously, an inability to recognize any value in particular people of his everyday acquaintance, who live in a particular place and time. He’s unable to embrace them with love. As Dostoevsky implies, this is also true of Modernists, who are happy to go on marches and demonstrations to support the homeless but are unable to care for the actual homeless person they pass on the corner of the street as the demonstration marches by. They’re willing to make fiery speeches on behalf of immigrants, but don’t give a bite to eat to the hungry immigrant outside their front door. They work for better living conditions for prisoners, but treat the newly-released convict as a blot on society and marginalize them. They fight for human rights and the right of free expression, but bear a mortal hatred for those who disagree with them and don’t rest until they’ve been dealt with.

Christian theology recognizes the dignity of the life of everyday people, and also of those who are not yet susceptible to bodily sensation because they aren’t yet born, the unborn children. Herein lies the greatest failure of Modernism: to recognize the value of unborn life, the right of unborn children to live, the right of children to belong to themselves and not to their parents, who can make the decision at any given moment to take away their life through abortion. Modernists will condemn a woman who kills her child as soon as it’s born, but consider it a woman’s right to ‘have control over her own body’ and kill the child just before birth.