The Unique Value of Every Life

There are some things that require no explanations, no analyses and no arguments; the truth is so blindingly obvious that only expediency and guilty feelings would be reasons for seeing them otherwise. What is under discussion here is the deliberate termination of pregnancy, and it really does seem astonishing that there are people, some of them ‘prominent’, who flaunt the fact that they’ve had an abortion. It’s certain, however, that if the same people saw a small child, an infant, being abused, they’d be the first to condemn the perpetrators and, in terms of human law, they’d be right to do so.

A child, a human person, has unique worth from the moment of its conception. From when it begins to function as an entity, as a psychosomatic being. This is a truth and value which is acknowledged not only by Christianity and other religions, but by the whole of the human race. As we said, there are no arguments or justification for this miracle of life; it’s something we feel deep within our soul. Spiritual guides have a great deal to say about this delicate and sensitive issue. It isn’t right to generalize. The Church and the clergy who have the grace to hear confessions and guide people spiritually also have the discretion and heightened awareness to listen to each case, to each person, separately. They don’t impose ‘intolerable burdens’. What is certain is that the spiritual guides’ intention is not to punish. They’re motivated by love and interest, by respect for the human person, each and every person. 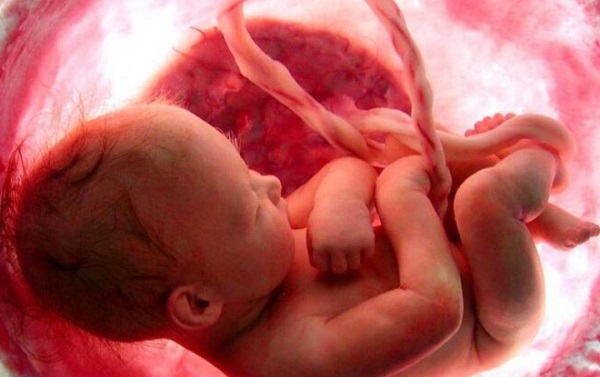 Of the many instances that have occurred- and are still happening- we’ll relate one. It’s about a couple who genuinely regret ending a pregnancy. It was twenty years ago now. But they’ve found the strength to express what’s been bothering them, tormenting them, all those years, so much so that they were unable to find any spiritual respite. They were young then and when the woman became pregnant they felt unable at that time to assume such a great responsibility. The wife told me she’d never forget what happened. ‘I see it all the time. I felt the doctor chasing the embryo round my womb. It was the most difficult moment of my life. It was palpable because the pregnancy was already advanced’. An hour later the doctor showed it, wrapped in a towel, to the father only. ‘He was like an angel’ he added. They wouldn’t let the mother see him. ‘Twenty years later and I think about it a lot and often’, she continued. ‘When we told other people about it, some consoled us, others blamed us, but it’s we who bear the responsibility. If it were to happen now, we wouldn’t do it for any reason whatsoever. It was a terrible mistake. I beg the forgiveness of God and also of him, the child himself, the ‘life’ that I wasn’t able even to look at’.

Repentance is a great relief, but unrepentance, on the other hand, the domination of egotism, the defence of the self, is exhausting. In truth, who are you trying to convince when you say that you didn’t do anything wrong really. Perhaps yourself? Acceptance of responsibility without transferring it to other people, to other persons and circumstances is a much greater action. Lay down your error at the feet of God, ask His forgiveness sincerely and carry on. We don’t forget, but we’re comforted, not fancifully or emotionally, but really, ontologically, divinely. God knows how to lighten the hearts of those who fall but don’t stay down, who get up and start over. With courage that only He, Who gives life, knows how to provide.