Homily on St John of Climacus

Today, on this Fourth Sunday of Great Lent, we celebrate St. John the Sinaite, also known as St. John “Climacus” (Ladder).  Although the Saint’s feast day is on March 30th, the Church wants to highlight the narrow path of asceticism and virtue on this particular Sunday of Great Lent, and St. John is an exemplary guide in following this path with sincere love for Christ.

St. John was born in Syria in 523 AD.  At the age of 16 he joined the Monastic Brotherhood of the famous Sinai Monastery, where he labored as a Monk under obedience to his spiritual father for 19 years.  Because he was attracted to ascetic life in the desert, he fled to a secluded cell, five miles from the Monastery.   It is hard to describe the Holy Saint’s struggles in asceticism, but from his writings that have survived we can get a sense of the spiritual heights he reached.  His most famous work, “The Ladder of Divine Ascent” has been spiritual food for Orthodox monks and nuns for over 1400 years.  It is read not only individually, but also communally in the Monasteries during Great Lent.  Although it was originally written for monastics, the laity can also benefit from a careful study of the text. 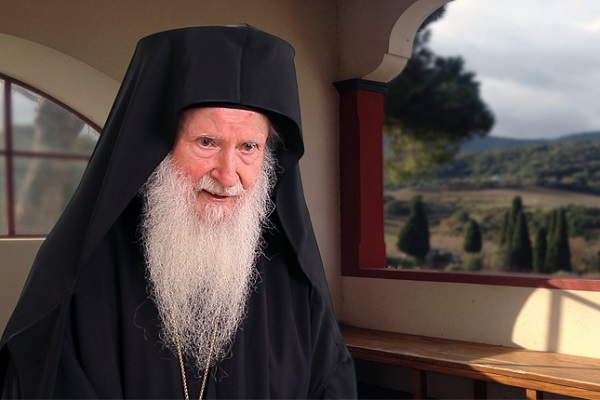 The idea of classifying the virtues as ascending steps for the Christian to reach heaven was inspired by Jacob’s famous vision, where he saw a ladder resting on the earth which reached heaven, and had the angels descending.  It is a simple measure of where a Christian is in the spiritual life.  As St. John writes, anyone with faith can climb the ladder to Heaven, step by step.  A person reflects on their passions and the virtues that God has given to them, seeing what rung they are on.  It is a non-stop process, for the Christian is always striving upwards to the next level.  St. John urges patience for those who are just beginning, as it is a constant and never ending struggle.  Just as you would climb a regular ladder carefully, step by step, so it is with this spiritual ladder.    There is no rush or skipping rungs.  Thirty steps to the Heavenly Kingdom.  Don’t be tempted by the thought of doing it by your own power or will, or discouraged by the height.  You will not be alone, but the Holy Angels will be with you, helping you.   At the top is Christ, giving you strength.

Let’s look at some of these thirty virtues (corresponding to Christ’s years on earth until His ministry began), which are not only for monastics, but for all Christians.  As St. John notes, before a person can even begin the ascent, there are some basic virtues that must be nurtured:

Humility.  Humble yourself, and you will see how much easier it is to take that first step.  True humility requires actions, not words.   St. Paul the Apostle says of himself:  “Christ Jesus came into the world to save sinners, of whom I am chief ”(1 Timothy 1:15).  It was in this humility that the Lord saved him.

Obedience.  To obey God first in our lives.  Because Adam and Eve failed to do this, they lost Paradise and all the evils came into the world.   With our free and unselfish obedience to God, we will regain Paradise.   This obedience includes the people who lead us to God, who are responsible for the care of our souls.   It even extends to those in our family and society.  The man listens to his wife and the woman listens to her husband.   Brothers and sisters listen to each other.

Other virtues mentioned by Saint John are: Repentance, meekness, forgiveness, kindness, fasting, mental and physical purity, almsgiving, discernment; we must act accordingly in our lives. Prayer unites us with God.  On the last steps are faith, hope, and love for God and man.  That’s where the thirty-step ladder ends.   One of these virtues alone will not save us.  A ladder that is missing rungs is impossible to climb.   It is like a royal crown, which is adorned with diamonds of different sizes, pearls, and other precious gems.  All of these virtues come together in a glorious crown.

St. John encourages us all:  “Go up, brethren, go up willingly and rejoice in this angelic ladder, that we may come to the mountain of the Lord, to His high throne.” Amen.