Just look at that. The first to take communion are the decrepit who’ve got so many illnesses and then the rest!

We should take communion from a one-time only spoon. There are so many illnesses going about!

People who are dying take communion from the same chalice? That’s unacceptable!

Don’t tell me that the priests drink what’s left in the chalice. I’m sure they pour it away.

I go to church, but don’t ask me to take communion. It’s disgusting. All that saliva. Yuck!

Children shouldn’t be taking communion. Look at all the viruses there are around.

And yet, you hear opinions like this expressed from the mouths of Christians. It’s disappointing, but true, unfortunately. There’s no need to make a count of the number of Christians who hold such views. All we need to do is look at their expressions. These are people who want to have a relationship with the Church. But with what Church? Certainly not with the Church that’s founded on the Body and Blood of Christ.

People often want the Church from their own personal viewpoint. They want a Church that fits in with what they can get their minds around. They want a Church that’s cut and dried to their own cloth. In this egocentric position, even the holy and sacred things of the Church are objectivized and don’t escape the mental processes of these people, this mistake proliferates until it becomes blasphemy against the Holy Sacraments and the Body and Blood of Christ. 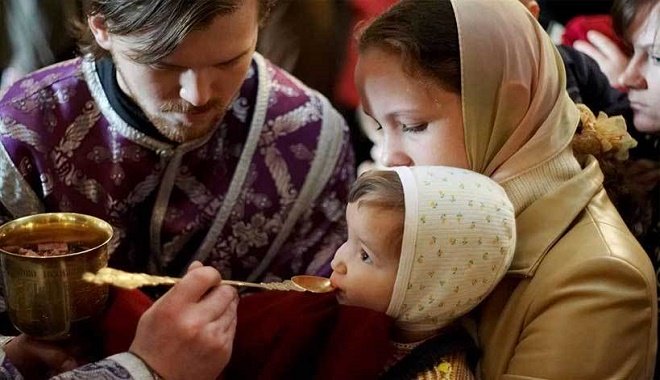 In times when illnesses, epidemics and widespread health problems occur, these voices and the positions of these people become more strident. The Church has suffered this persecution from within more times than enough. Its own children take arms against its sanctity and devalue the sacraments by reducing them to myths.

By an extension of this reasoning, even any assembly in the House of God, in churches, is judged to be dangerous. A crowd of people makes people think about public health and safety. That’s the way the world thinks.

Fortunately, it’s not how Christ thinks. Ten lepers approached Him and He didn’t flinch. On the contrary, He engaged with them and gave them back their health. To be precise, He became personally and fearlessly involved with all the diseases of His time and healed the sick. He dealt with the corpses of the dead, even those that were decomposing after four days, and gave them back their life. No hesitation. No conditions. Boldly. In full. Without a second thought. Without any cringing. Without further consideration.

People don’t want to act like that. More likely the opposite. And by this reasoning they want to justify whatever it is they think and they even try to alter Christ to fit their way of thinking. Really. When you’re afraid that the Body and Blood of Christ might do you harm, when you think that the Chalice of Life is a test-tube full of germs and microbes, when you believe that the immortal Body of the Lord might be the cause of damage to your own body, when you claim that life-giving Blood of Christ might infect your own, then you’re trying to transform Christ, blasphemously reconciling His holiness with sin, His incorruption with decay, His power with weakness and His immortality with death. 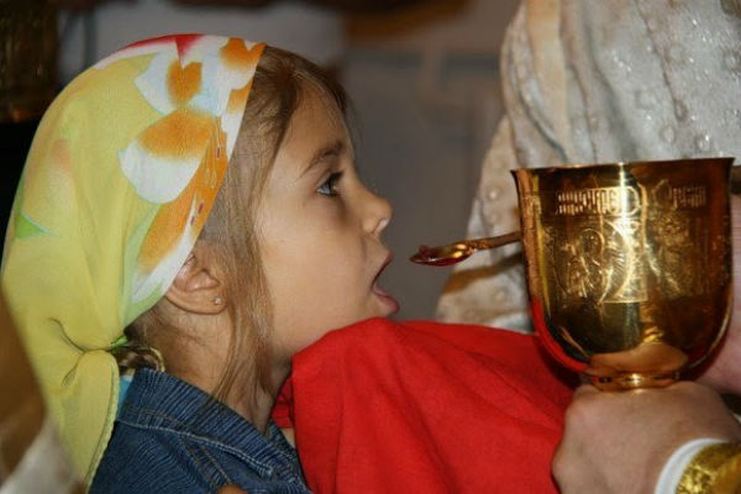 This is the reality of the fear that you might catch something from the Holy Chalice: an illness, a virus or a germ. The Chalice of the Church is the source of life and there is no way that it can become a means of depriving us of life or a cause for its abuse. It’s the source of eternity and under no conditions can it become a cause of the problems of the immediate present. For thousands of years now, people with leprosy, consumption, infectious diseases, hepatitis, people in the final stages of illnesses or in their last moments have made their communion from the same chalice and with the same spoon. Yet no-one can ever claim that the Holy Chalice was the cause of plague.

Moreover, assembly in the name of Christ and common prayer in church has never been a proven cause of the spread of illnesses. In the Church, those who are sick are sanctified, because Christ is Holy and Mighty. In the Church, whatever might bring sickness is cured, because the Grace of the Holy Spirit makes everything immortal, since God is Holy and Immortal. The fundamental requirement is faith that we come to worship in the house of God without any reservations concerning our Holy God. This means that we ‘commend the whole of our life to God’, and, secure in this, we don’t give another thought to irrational fears. Christians come to church and to the sacraments out of love of God and ‘there is no fear in love, but perfect love casts out fear. For fear has to do with punishment, and those who fear are not perfected in love’ (1 John 4, 18).

It’s nonsense to say that going to church and taking Holy Communion can make you ill. In the Church, sickness is transformed into robust health. Anything we’re lacking in terms of health is supplied by the Grace of God. So many miracles are proof of this. The are thousands of well-attested cases regarding every form of illness. Is it possible for God, on the one hand, to be the healer of souls and bodies and, on the other- according to the feeble-minded- to be a source of sickness and pain? Obviously not.

From the Holy Chalice… you catch God.