The Two Paths to Deification

For Christians there are two paths which lead to union with God, deification.

One is monasticism. This is the difficult path. That of virginity, a pure life, perfect submission to His will. A life of humility, fasting, prayer and love for all the world, unlimited trust in the Lord, obedience to a spiritual father or mother. Monasticism is difficult. It’s a gift. This is why the Lord Himself says: ‘Let those who can accept this, do so’. (Matth. 19, 12). In this case, the attraction of this love is expressed through absolute dedication to God and exhausting love for every other person. In no way does it make Christians loveless, but rather reveals the extent of the supreme love, that of God.

As we’ve said, for the majority the path to God passes through the Church and is associated with marriage. Christ says in the Gospel: ‘He who from the beginning made them male and female, and said, ‘For this reason a man will leave his father and mother and be united to his wife, and the two will become one flesh, so they are no longer two, but one flesh. Therefore what God has joined together, let no one separate’. (Matth. 19, 4-6). 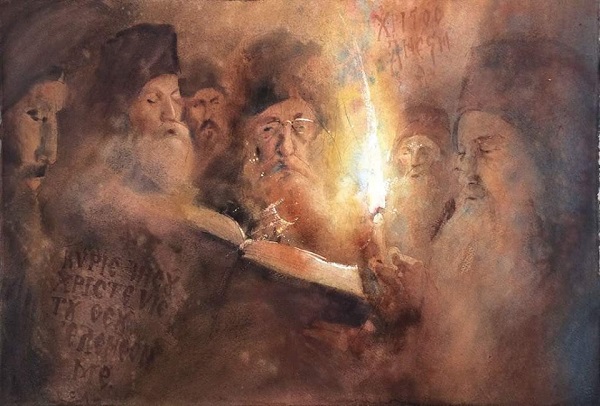 In 1 Cor. (7, 1), Saint Paul says: ‘it is good for a man not to touch a woman’, but later (7, 7) declares: ‘I wish that all were as I myself am. But each has their own special gift from God, one of one kind and one of another’. In this way he discreetly indicates the two ways.

Since he’s enlightened and knows the particular difficulties of the monastic way of life, he recommends that a man should have a wife, in order to avoid fornication.

Saint Paul continues with his advice. ‘Every man should have a wife and every woman a husband. They should show particular concern for each other. The woman’s body belongs to the man and the man’s to the woman’. These are radical positions which leave no room for selfishness or destructive egotism in the relationship between the couple. Each belongs to the other unconditionally. It is only in this way that they can become one flesh but remain as persons, each respecting the wishes of the other, the different personality.

Saint Paul goes on to say that conjugal duties should not be spurned unless both spouses agree, by common consent and on a temporary basis, so that they can pray without distraction (and, obviously, partake in the sacrament of the Divine Eucharist). The couple should then come together again, so that Satan can’t trouble them with temptations of the flesh. Could he be clearer? It’s not possible, it’s not permissible, for one of the couple to decide on their own to practice chastity and refuse the other. This would diminish the latter and perhaps force them into sin, fornication or adultery, and might even result in the dissolution of the marriage. Only by common consent and on a temporary basis. Chastity or restraint isn’t forbidden, but it must be undertaken with discernment, in a humble spirit and with respect for the other spouse, to whom you belong. There should be simplicity and discussion, but also obedience to the particular wishes of the other, who may not be able to manage such a disposition. Better to discuss it openly and thus avoid worse outcomes and serious sins. 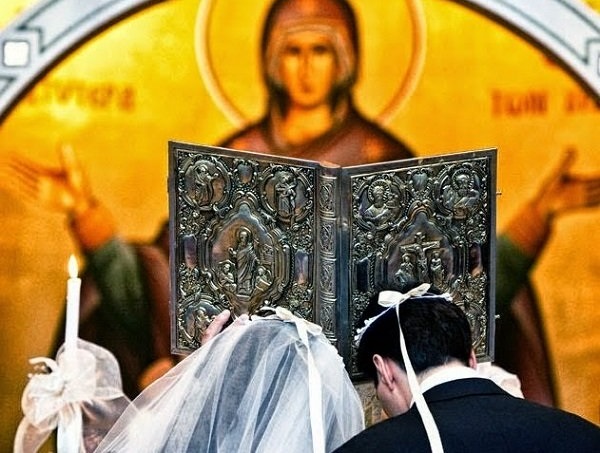 In his homilies on marriage in 1999, the later elder, Symeon Krayopoulos commented on verses 1-7 of Saint Paul’s first epistle to the Corinthians. He did so with paternal and pastoral love, delving with enlightened discernment into the exhortations of Saint Paul. He was able to formulate comments and thoughts which could be viewed as a guide to the relations between men and women in general, especially within marriage.

The same subject is mentioned in much the same terms by Saint Païsios in the texts in his book Family Life, vol. 4. Writing in one of his letters, he says: ‘Regarding the matter of conjugal relations and married priests, or also lay people, which you asked about, the Holy Fathers don’t define them, which means that they’re indefinable, since you can’t put everybody into the same mold. The Fathers leave it to the discretion, the efforts and the spiritual sensitivity and strength of each person… You must remember that the matter of relations doesn’t concern only yourself, that it isn’t something that you have the right to decide on your own, but, it’s ‘by consent’, as Saint Paul says. And even when it’s approached ‘with consent’, it still needs care. The person who’s strong should put themselves in the place of the one who’s weak’. So Saint Païsios speaks in the same spirit and notes the dangers to the couple’s relationship when celibacy occurs other than with discretion and by consent. When the weaknesses of each person aren’t taken into consideration and the humble expression of our weakness is ignored. This can lead to mortal sins.