Visions of Geronda Joseph (Miracles of Saint Joseph the Hesychast)

Gero-Arsenios was always agreeable and gave out blessings very easily. One time, however, he strangely became so strict and unyielding that he upset one of the fathers. Afterwards, when he was asked why he had been so harsh with him, he answered: “Yesterday Geronda came and told me: Be careful, Arsenios; don’t take the responsibility for other people’s burdens. Father so-and-so will come tomorrow. Don’t give him a blessing for what he wants.’” Even though it was a dream, Gero-Arsenios still had the experience and the grace to realize which dreams were from God, which were natural, and which were from the demons. 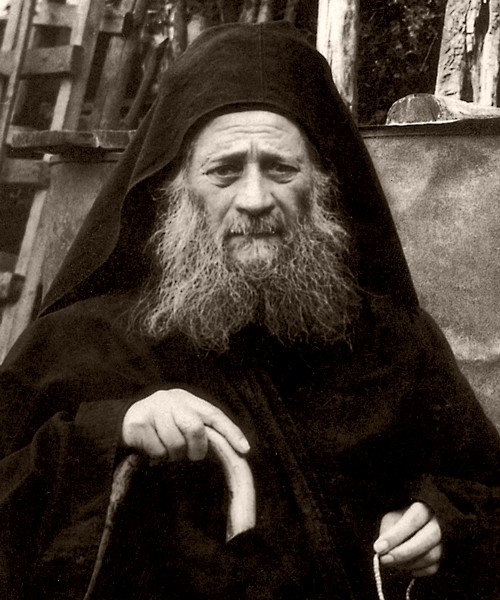 Another time, when Gero-Arsenios woke up at night, he saw Geronda as if he was alive. Geronda embraced him and said to him: “How long will we live apart? Come; I am waiting for you.” And Gero-Arsenios, with his typical simplicity replied, “It’s not like it’s up to me!”

Just before Papa-Haralambos became the abbot of Dionysiou Monastery, Geronda appeared to Gero-Arsenios in his sleep and told him what would happen.

Papa-Ephraim also saw Elder Joseph repeatedly. He said: coming, one by one. I couldn t see the rest of them because they were farther away. Geronda was so happy that he was shining for joy. This all took place in a very sacred atmosphere.

When I came to my senses, I felt as if I had been with Christ. This image has stayed with me all my life exactly as I saw it. Even though it was a mystery and can’t be grasped, God made me realize that Geronda has great boldness before Him. That is the kind of boldness that only a saint can have. In our days, it is no small feat to become a saint, but then again, all the ascesis Geronda did was no small feat, either. He did the kind of ascesis that we could never even dream of doing.