Behind a Trial Lies God’s Blessing

Almost everyone owes their conversion to some trial.

Sorrow is a bad thing. But behind it, behind the pain, behind the sadness, there lies God’s blessing, there lies rebirth, the re-creation of the human person and of the family. Almost everyone owes their conversion to some trial. They think everything’s going very well. Then God takes their child. Great distress. Then the grace of God comes and overshadows them and they feel at peace. They become closer to the Church, closer to confession, to the priest. Because of the child, they go the church,. Their pain makes them search, pray for the repose of their child, to have liturgies celebrated.

Pain softens the heart and makes it receptive to the words of God. Before it was hard and didn’t receive them. For example, somebody in the first flush of youth: ‘I’m the one, nobody else’. So they have degrees, a good name, health, good looks, everything they could want. But when they’re laid low with an illness, then they begin to think differently. Vanity of vanities, all is vanity. ‘I might die. What good is all this?’ and they begin to think differently. Maybe, for instance, somebody comes to visit them. ‘Read this book and see what it says’. And they hear the word of God. That’s when they hear the word of God. When you give the book, pain has already made their heart susceptible, and they open the book and the Gospel and start reading. That’s when their re-creation begins. When they recover, they now get up at once and live their lives in a watchful manner. They don’t live as before, with their pride and day-dreams. 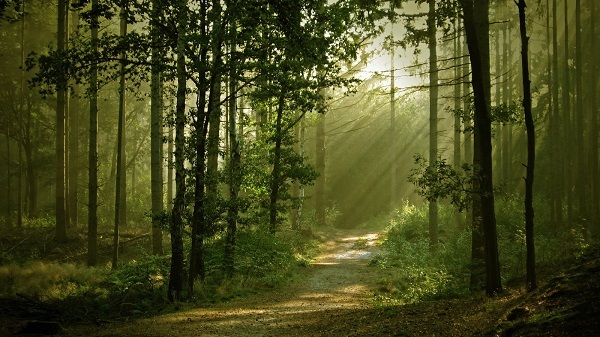 Sickness and sorrow are the prime medications in God’s providence, in order to bring people close to Him and increase their virtue.

Job was the best person on earth, but God wanted to make him even better. From the time he was tried, that was the time he was glorified. He was a good man, God-fearing, but, before being tried, not famous. From the moment he was tried, fought, strove, was crowned and became rich, that’s when his reputation grew and has remained intact until today. He’s a shining example and inspires everyone who’s being tested. If even he, who was holy, was tried, how much more so is that true of us, who are sinners. The result was that he became a saint and was blessed with twice and thrice the amount he’d lost. In this way he became a shining example, throughout the ages, for those who are suffering, so that they can adapt to his example, rest on it, find repose in it and say: ‘This happened in accordance with God’s will. Blessed be the name of the Lord’. He bowed his head and said: ‘The Lord gave; the Lord took away. Even if the Lord took my child, didn’t He give it in the first place? He took it. Where’s my child now? In heaven? What happens there? It’s at rest’.

Behind every trial lies the will of God and the benefit which naturally, at that time, may not be evident but which will be recognized later. We have very many examples of this.

One such is the case of Saints Andronikos and Athanasia. They were a married couple and Andronikos was a goldsmith with a lot of money. Part of his profits went to the upkeep of his family, but the rest he gave to the poor who had no money. They had two lovely little girls. One day, both of them died from some illness. So they went to bury them. Poor Athanasia cried and cried over the grave. Andronikos was in tears himself. At a loss what to do, he made his way home. Athanasia remained at the graveside, weeping: ‘My children, my children’. The sun started to set and it was time for the cemetery to close. In her sorrow and sadness, she saw a monk coming towards her. He asked:

‘Why are you crying, madam?’

‘How can I not, father?’ (She thought he was the cemetery priest). I’ve buried my children, my two angels. I’ve put them in the grave and now my husband and I are completely alone. There’s no solace at all’.

He said: ‘Your children are in paradise with the angels. They’re in the joy and gladness of God and here you are crying. It’s a shame because you’re a Christian, as well’.

‘So my children are alive? They’re angels?’

‘Of course your children are angels’.

It was the saint of the church there. In the end, Andronikos and Athanasia entered monasteries and became saints…