Synodal, state, and municipal guidelines to local believers about restrictions of church services during past Lent did not imply closure of Bulgarian Eastern Orthodox Christian sacred spaces, because hospitals, pharmacies, and shops would not stop working and people were allowed to buy food, medicines, and to get emergent healthcare. Bulgarian Orthodox Church naturally insists on enjoying of public rights of limited and strictly controlled presence in churches, including those opening only several times in the year, and remaining aware that some temples are still closed from communist times, or even abandoned later. Meanwhile contemporary social consolidation resulted in charity and volunteering in health and social care, and church also offered spiritual support as pastoral care, and became transmitting online more intensively. 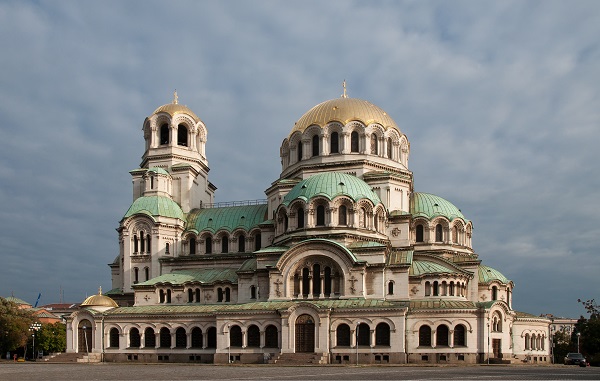 Only three decades passed after almost a half-century socialist repressive secularisation and service participation began to recover, although low economic standard of the country does not allow regaining of clerical and monastic human resource – the most limited in scale among all sister-churches. On global cultural level the time has come to reconsider, or even forget post-modernist consumerism and mobility as a kind of free expression, and start new glocal re-modernisation processes by realising further the advantages of virtual reality and robotics. In everyday religious practice local church community blessed clergy to remain on their posts (in Bulgarian Lent and fasts are called Posts), authorities observed critical labour rights of all church officers, and in response working Bulgarian churches were properly disinfected and provided with sanitary and security officers in support to their internal organisational potential.

Awakening of theological pastoral intuition faced particular church situation of impossibility to restrict for the elite even part of patriarchal or cathedral churches, stavropegial monasteries, or more privately organised chapels or other sacred spaces and their clergy. Measuring the high risk of traditional Vaya rites and Easter encouraging of local believers to demonstrate completely egalitarian unity and church belonging, both church and civic authorities realised that local people were not yet well-accustomed to high public and private hygienic norms. Neither the wearing of face helmet or mask and gloves had been interpreted theologically and symbolically, as for example in analogy with other elements of church practices adopted through centuries, and implying variety of headpieces and hand coverings.

Although the extremity of pandemic situation would not provide any time for sustainable cultural reaction, Bulgarian believers that remember communist time and its social and individual consequences, positive and negative, are not yet actually sound about adequacy of any external interference in church ethos instead of gradual interiorisation by experience and not only borrowing. Bulgarians, as part of global Orthodox, Christian, and interreligious community, are also led by quiet wise and balanced church policy towards stimulating their confessional creativity and cultural imagination. Remaining at home, believers were free to attend (physically or by communication means) church services, which they usually join rarely, and many local people chose to postpone their need or duty in more appropriate moments, according to the strict rules set state, observed by church, and even learn from such obedience. Although Bulgarian clergy are not yet wearing masks in temples and during services, unlike church officers and believers who were legally obliged to protect others and themselves, they observe thoroughly their health condition, trying to express stability and empathy, rather than fear and egoism, and not to risk their and other’s lives, being well informed about rapid effects of neglect of social distance in other glocal religious communities, including historical examples.

His Eminence – present Bulgarian Patriarch Neophyte – experienced from the regaining of Theological faculty in early 1990s, and from overcoming of church split and lustration crisis in 2000s, as religious elder and leader taking the courage to face wisely the rapid pandemic situation and even to lead Resurrection service in 2002, became the only person in the country who could actually end one more politicised polarisation artificially based on quite a limited local cultural practice of liturgical participation. Referring to both Christian-sacrificial and democratic civic consciousness of contemporary Bulgarian clergy, believers, and authorities, Patriarch as a monk remained outside of time and space, in order to reorient the whole situation to eternity. Reinvention of physically private and spiritually societal celebration of Resurrection of Christ as focus of Christian confession and lifestyle is not a mere profanation or just the same home feast as it had been practiced secretly for half a century, and just as simple reconstruction for three more decades. Traditional Paschal celebration in critical conditions, which had occurred many times in sacred history, started in Bulgaria more or less visibly during the Lent, the Week of Passions and on the Easter eve, in order to remind people that Christian life is actually a transfiguration.