Father Isaak had a Snake for Company!

This story was told by Archimandrite Gavriil (1886-1983), former Abbot of the Holy Monastery of Dionysiou. Back in the late 1970s, early ’80s, I was making a visit to the Holy Mountain, which is easy from Thessaloniki, where we live. In those days, the ship’s first stop was the boat-house of Zograf, the Bulgarian monastery. When we got there, a venerable monk came on board accompanied by three or four younger ones. Everyone on the boat- captain, crew, passengers- stopped what they were doing and stood up. Naturally I did the same, without knowing why. When we settled down again, I asked someone who it was and he said ‘Elder Gavriil, from Dionysiou’. Apart from the obvious respect in which he was held, what made a deep impression on me was the Elder’s demeanor. He wasn’t rude or arrogant, but he passed by without noticing anything around him. He was still sprightly for a man of his great age, he walked easily, without assistance, and had such an aura of serenity about him that we all realized that his mind was well beyond the bounds of this world. To this day, nearly forty years since he fell asleep in the Lord, he’s still remembered with great affection and deep respect by the Athonite fathers. May we have his blessing. WJL. 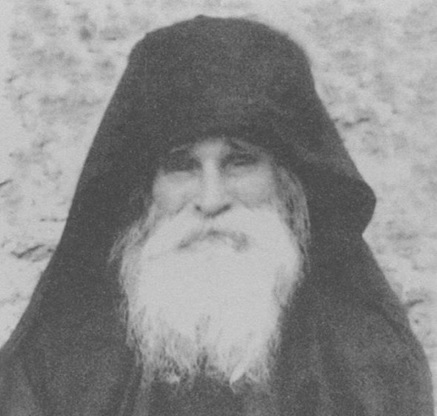 ‘When I came to the monastery, the monks of Dionysiou told me with wonder, but playfully, about Father Isaak, who, for two years had been given the obedience of baking bread. During that time, in the bakery, he had snake for company. It was what we on the Holy Mountain call a ‘lafiatis’ [i.e. a member of the ‘Elaphe’ or ‘rat snake’ family WJL].

This snake was about a meter and a half long and was so comfortable with the elder that it would slither up and sleep with him in the makeshift bed he had in the bakery where he could take a rest.

Elder Isaak would make the snake a plate of porridge from the flour he had available and once it had eaten it would go off to its nest.

But it also provided a service to the elder and the bakery, because it made short work of any mice that were around. So for all the time that Father Isaak had the obedience of baker, the snake stayed with him.

When another monk was given the duty, the snake left. This goes to show that all things are subject to holy people, to those who have returned themselves to the state of humankind before our disobedience’.