Sunday of Saint Mary of Egypt

On the fifth Sunday in Lent we remember Saint Mary of Egypt, and she can teach us a great deal of what we need to know. She was a sinner, publicly known, a temptation and a scandal to men. How she became a sinner – we do not know; whether there was evil in her, whether she was seduced or raped, how she became a harlot, we shall never know. What we know for sure is that one day she came to a church of the Mother of God – the image of perfect wholeness – and she suddenly felt that she could not enter it. We need not imagine a miraculous force preventing her from crossing the threshold; the force was probably – certainly – within herself. She felt that the realm was too sacred, and the person of the Mother of God too holy for her to dare walk into Her presence and stand in the precincts of the church. 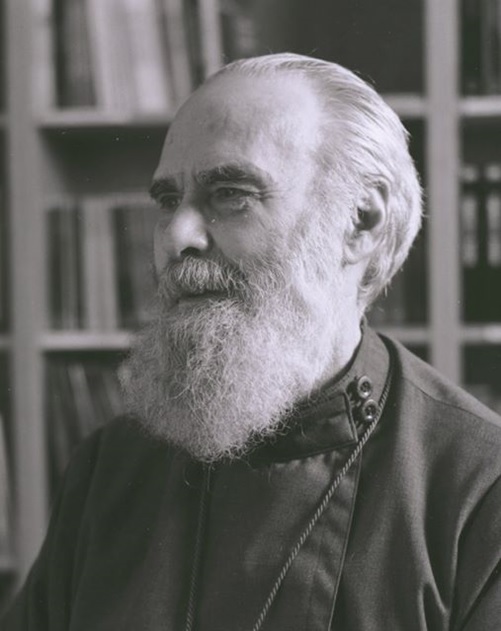 This was enough for her to realise that all the past was darkness, and that there was but one way out of it: to shake off all evil and to start a new life. She did not go for advice, she did not go for confession; she walked out of the city into the desert, into the scorching desert where there was nothing but sand and heat and hunger, and desperate loneliness.

She can teach us something very great. As Saint Seraphim of Sarov repeated more than once to those who came to see him, the difference between a sinner who is lost and a sinner who finds his way to salvation lies in nothing but determination. The grace of God is always there; but our response is not. But Mary responded; through the horror of her new perception of herself she responded to the holiness, the grace, the wholeness and sanctity of the Mother of God, and nothing, nothing was too much for her to change her life.

Year after year, in fasting and prayer, in the scorching heat, in the desperate aloneness of the desert she fought all the evil that had accumulated in her soul; because it is not enough to become aware of the evil, it is not enough even to reject it in an act of will, – it is there, in our memories, in our desires, in our frailty, in the rottenness which evil brings. She had to fight for her whole life, but at the end of that life she had conquered; indeed, she had fought the good fight, she had become pure of stain, she could enter the realm of God: not a temple, not a place but eternity.

She can teach us a great deal. She can teach us that only if one day we become aware that in the realm into which we walk so freely: the church, or simply the world created by God and which has remained pure of evil although subjected, enslaved to evil, because of us – is so holy that we alone have no place there, we might in response to this sense repent, that is turn away from ourselves in horror, and turn against ourselves with stern determination. Then we could follow her example.

This example of hers is presented to us as a crowning moment of this spring of life, which is Lent. A week before we heard the teaching and call of Saint John of the Ladder, the one who has established a whole ladder of perfection for us to overcome evil and come to right. And today we see one who from the very depth of evil was brought to the heights of saintliness, and as the Canon of Saint Andrew of Crete says: ‘Be sure that God Who could heal the leprous could heal the leprosy which is yours’.

Let us therefore see in her a new encouragement, a new hope, indeed, a new joy, but also a challenge, a call, because it is in vain that we sing the praise of saints if we do not learn from them and emulate them. Amen.