A Year of Quarantine, No Internet

It’s been a month since I was locked up at home, away from my job and deprived of restaurants, grocery stores, get-togethers, concerts, celebrations, meetings with friends. Confinement is hard for all of us humans, since even the most introverted among us remain social beings.

I try to remind myself of things that I’m still grateful for. Thank God, we all remain in good health, which is not negligible at all under the circumstances. I have my family with me. Whatever we need in terms of food and medicine is delivered to our door, and even though it does not always correspond exactly to our first choices, at least it is plentiful. In addition, I have the internet for staying abreast of events and being entertained, or simply for keeping my mind busy.

I feel compassion for those (and they are many) who live alone in the world, perhaps deprived of food, or even of running water in some cases, without entertainment or information. In this world, someone is always worse off than we are. 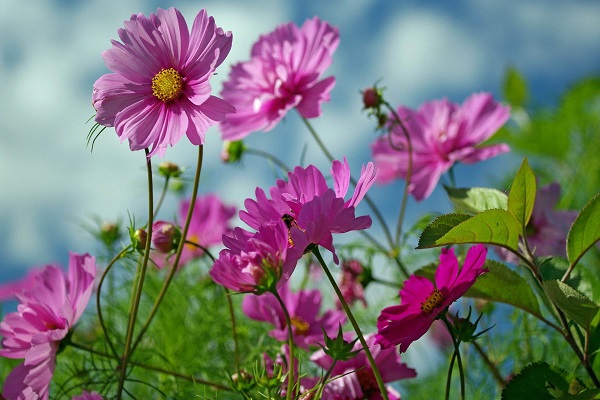 For me, the worst thing was a Holy Week and a Pascha without services and sacraments. I, therefore, resorted to live-streaming broadcasts to make up for my non-participation in the services. They were conducted behind closed doors, in front of empty pews, and this made my heart heavy, even as my mind wandered elsewhere, almost uncontrollably. You’ve got to be a saint to be able to concentrate while watching services like this. Unfortunately, I have yet to achieve such super-human discipline, no matter how hard I try.

I perceive nothing positive in such house confinement, with churches remaining closed, empty of the laity. I muse loudly so that my wife may hear me: “How can it be God’s will for us to stay away from churches, especially under such circumstances, which make us need the church more than ever before?” It didn’t take her long to offer me her own answer: “Just think of the righteous ones in similar circumstances, or under even worse confinement, and how they suffered much worse than we do!” Of course, she was right.

Noah, his wife, his sons and daughters-in-law were my first example. Many people think that they remained in the Ark only for forty days, while the deluge persisted. The Bible, however, makes it clear that they were forced to wait until the waters receded. According to the Biblical timeline, Noah and his family stayed in the Ark for a whole year and ten days. No outings, no grocery stores, no meetings with friends, no internet; just rain, lots of rain. Death was everywhere around them, corpses floated right and left, people, animals, homes, all in tatters.

I reflect a lot on Noah nowadays: all the flooding he witnessed, the boredom he must have endured, the stench of the Ark full of animals. It cannot have been an easy time.

The Righteous Joseph was taken a slave to Egypt. Deprived of the warmth of his own family, he couldn’t even find someone who shared his faith in the true God to worship with him. And yet, remaining just and faithful during his many years of isolation, he amazingly offered forgiveness to his brothers, along with the supplies that would keep them alive.

For their part, during the Exodus, the children of Israel remained confined at home only for a single night, bearing the anxiety of the passing of the Angel of Death, who was roaming outside. Their only protection was the blood of the lamb on their door posts.

The image of that night resonates deep in my soul given our current situation. We are also locked inside our homes, death strolling outside, and our protection is a little Holy Water from Epiphany and the Cross that adorns our door.

King Manasseh was perhaps the greatest sinner of the Old Testament. He had even offered his own son as a human sacrifice to a pagan image. Finally, he was chained and dragged off to exile by the Assyrian invaders, away from the Temple, separated from his people. Nevertheless, in this isolation, he was inspired to compose the prayer of repentance that we read at Great Compline; it is a spiritual masterpiece overflowing from a broken and contrite heart.

Shadrach, Meshach, and Abednego, while not placed under house arrest, yet were forbidden to worship the true God, either individually or along with their compatriots. Nevertheless, in those difficult days, they emerged triumphant, even from the Fiery Furnace.

Daniel was also not permitted to worship the God of Israel, on his own or in the community of fellow believers. Nonetheless, he continued to offer his prayers to God three times a day, in front of his open window. In fact, he persevered in doing so for a lifetime of isolation, away from his homeland and its people, thereby committing a criminal offense, and putting himself in danger of a horrible death in the lions’ den.

I close my eyes and imagine the palpable darkness, I hear the roar of the hungry beasts, I feel my limbs paralyzed by heavy chains. In comparison, my own suffering seems like a school field trip.

The holy apostles Peter, Paul and John were confined to their homes, sent onto exile, and chained in prison. Yet, during their isolation they performed miracles and wrote some of the most important holy books of all time.

Going beyond Biblical times, I remember the saints in the catacombs, who were under the daily threat of martyrdom, as they worshiped in narrow tunnels that would inspire claustrophobia in almost any of us. Even so, they triumphed in the arena, one after another.

I recall St. Mary of Egypt, who lived her entire life without communion before encountering Zosima, who witnessed her walking on water.

I cannot forget the numerous monastics, who in every age have prayed and are still praying for the peace and stability of the world, all the while being far away from any church, frequently for extended periods of time.

As the experiences of this cloud of witnesses crowd my mind, I conclude that my present situation, unprecedented and painful as it is, resembles in comparison a temporary and relatively comfortable rest.

I still enjoy luxuries unheard of a century ago, such as the washing machine, the dryer, the microwave, food delivery, and the internet.

Above all, I have the great blessing of a loving family, and I have access to many spiritual resources, such as icons, Bibles, Lives of Saints, and even live-streamed services.

Perhaps the real danger facing me is not the deprivation that so many great and lesser known saints have triumphed over, and are recounted daily on the internet Synaxarion.

Maybe my greatest threat comes from the lavish luxury I continue to enjoy, which draws me away from the sacred and productive time of solitude and meditation.

May God have mercy on us all in this time of temptation.