Special Feature: 30 years since the Holy and Great Monastery of Vatopaidi became a coenobium and Elder Efraim was enthroned

In accordance with the ancient tradition of the Church, as established by Saint Pachomius in Egypt, the monastic way of life in monasteries is communal. Communal worship, communal table, labor/obedience in common and a common Father. Apart from the Niptic life, the communal way of life of monastics also preserves the common eschatological experience of the early Church in Jerusalem where ‘all… were together in one place and had everything in common’ (Acts, 2 44).

Any deviation which undermines the authentic common life of monasteries is held to be a sign of degeneration in their spiritual life. The idiorrhythmic way of running monasteries on Athos arose in times of great difficulties and decline, as a dispensation to allow the monasteries to survive. After the celebration of the millennium of the Holy Mountain, through the providence of its Overseer, Our Most Holy Lady, the Mother of God a number of young monks began to arrive and these gradually re-manned many of the Holy Monasteries, the older members of which at that time were already of advanced years. 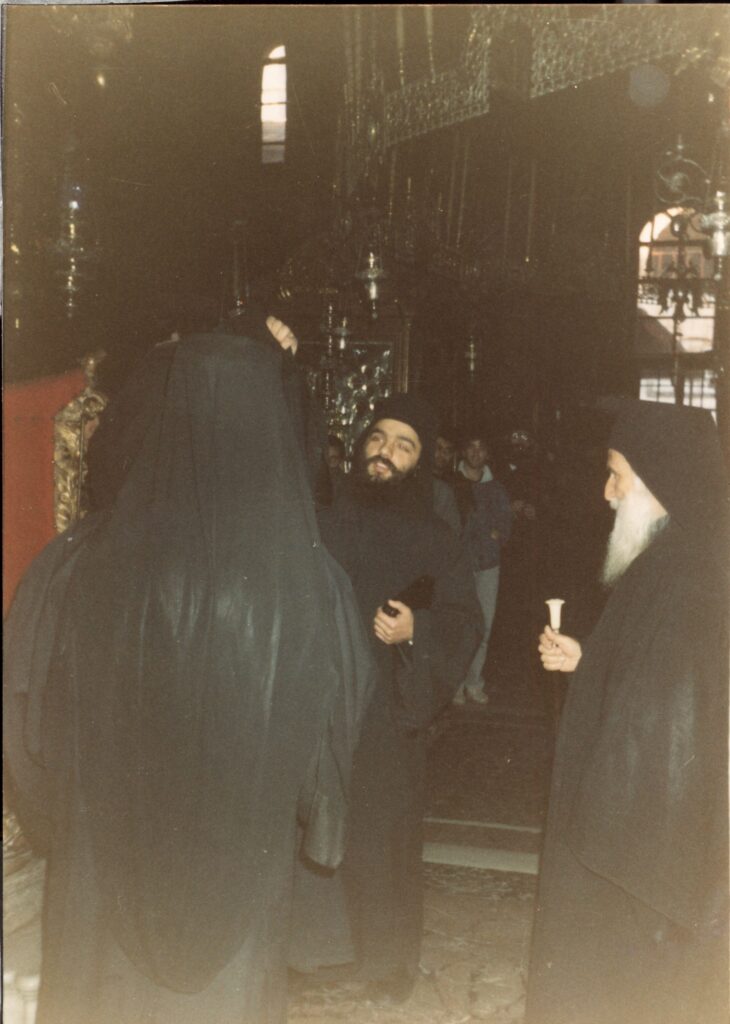 Elder Iosif Vatopaidinos (†) transferring the Abbot’s staff, the symbol of the spiritual pastoral care of the Brotherhood

Second in rank among the Athonite monasteries, the Holy and Great Monastery of Vatopaidi remained idiorrhythmic until 1990, as it had been for roughly the previous five centuries. From 1987, the process of re-staffing it began, with monks from the brotherhood of Elder Iosif, in New Skete, who was a direct spiritual son of Elder Iosif the Hesychast or Cave-Dweller. The new community had already lived in a common spirit and way of life in New Skete And so, the late Elder Iosif, the members of the brotherhood and, indeed, the whole of the Athonite Community awaited the official return of the Holy and Great Monastery of Vatopaidi to the coenobitic system.

At the invitation of the Holy Community of the Holy Mountain, and the then Civil Governor, Mr. Konstantinos Loulis, the Ecumenical Patriarchate sent an Exarchate delegation to resolve the issue of the change of the Holy and Great Monastery of Vatopaidi to coenobium after having been idiorrhythmic [this was necessary because, like all the monasteries on the Holy Mountain, Vatopaidi is patriarchal and stavropegic]. The delegation consisted of the Metropolitans Maximos of Stavroupolis, Vartholomaios of Philadelphia (now the Ecumenical Patriarch) and Athanasios of Ilioupolis (now of Chalcedon). It was received by the Fathers with all due honor, in accordance with the established traditions of the Holy Mountain. After meeting with the fathers of the old and new brotherhoods, it was able to accomplish the aim of its mission. 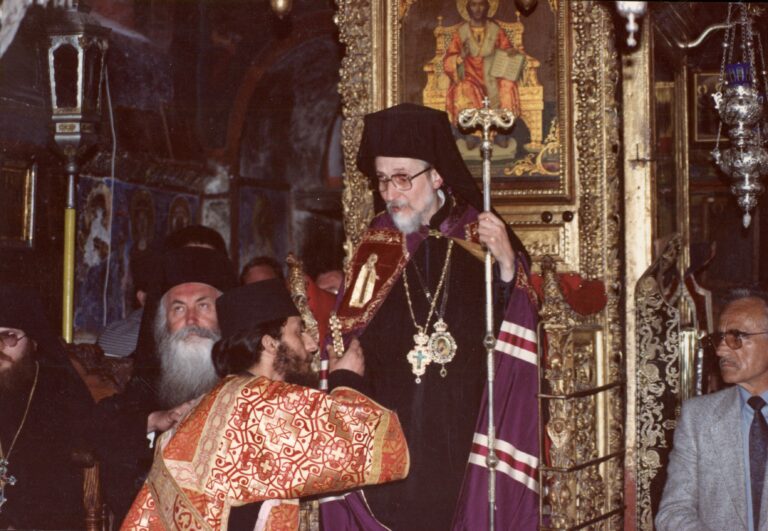 The election of the present Abbot, Elder Efraim Vatopaidinos in 1990
After five centuries of the idiorrhythmic way of life, the Holy and Great Monastery returned to the orbit of the Fathers. From among its members, the new brotherhood elected the then 34-year-old hieromonk Efraim Vatopaidinos as the Abbot. Since the Ecumenical Patriarchate is the canonical spiritual authority over the Holy Mountain, the ceremony was presided over by its late representative, Metropolitan Germanos of Theodoroupolis. The Abbot, Elder Efraim, was eligible for the post as a member of the brotherhood and elected by it on the basis of his flawless character, his unblemished life, his high moral standing, his humility, discernment and love, virtues which he has unobtrusively and continuously cultivated through prayer and the liturgical life. For thirty years now, Elder Efraim has worked tirelessly towards the spiritual reformation of the Monastery [i.e. overseeing its return to the coenobitic way of life] and the spiritual guidance of the monks in the brotherhood, as well as the support of many outside Athos. There are many people- clergy, nuns, men, women and children- who find refuge in his paternal embrace and spiritual comfort under his stole. 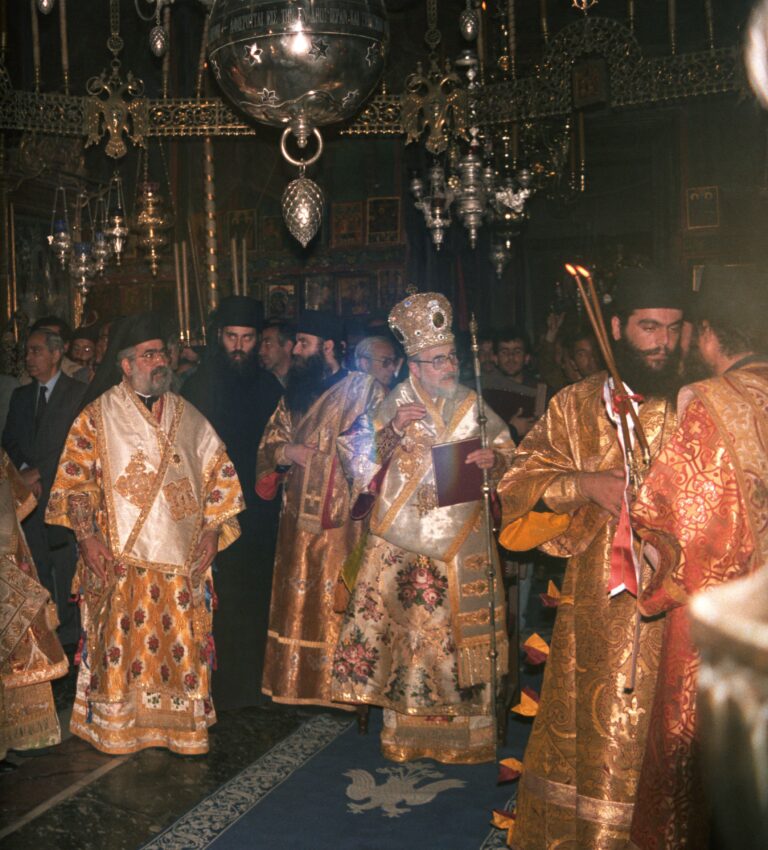 From the magnificent Divine Liturgy on the day of the enthronement, presided over by Metropolitan Germanos (†) of Theodoroupolis as representative of the Ecumenical Throne

At the same time as working towards the spiritual reformation of the Monastery, Elder Efraim Vatopaidinos and the rest of the brotherhood have labored long and hard to restore the physical structure of the monastery, so that in future centuries the Holy and Great Monastery of Vatopaidi will continue to function as a spiritual ark and locus of worship and prayer, where the Triune God is hymned and worshipped unceasingly and where people in pain can find support and consolation.

The importance of the Abbot for the brotherhood, according to Saint John of the Ladder
According to Saint John of the Ladder, the Abbot is ‘a shepherd because he can seek and heal the lost rational sheep through his lack of guile, his zeal and his prayers. He’s a steersman, because he can save the ship by bringing it not only through the storm, but also through the deep. The competent steersman will save the ship and the good shepherd will revitalize and cure the sick sheep. Because he’s a doctor with spiritual immunity, who doesn’t need any medicine for his health. And he’s a teacher who has received a spiritual book from God written with “God’s finger”, that is through the action of divine illumination and therefore has no need of any other book any more’.

The involvement of the Holy and Great Monastery of Vatopaidi in hesychast and Athonite tradition and its contribution to the service of the Church and to other people
The return of the monastery to the coenobitic way of life and the enthronement of its first Abbot for five centuries was an important event which was destined to play an important role in on-going ecclesiastical and social activities. For this reason, both Church and State acknowledged the importance of the event through the presence of their respective representatives. This demonstrates the durability of their relations and the continuation of a tradition which requires these two agencies to cooperate and collaborate for the good of the nation, as regards matters of Church and State.

The Abbot of the Monastery, Elder Efraim, relates that the older monks were treated by their successors with the greatest of respect and selfless love. This meant that they were able to live the rest of their lives ‘in peace and repentance’ and to leave the present life in a state of spiritual repose. In this way, they were able to leave the many years of their experience as a legacy to the younger monks, as well as their heartfelt prayers and blessings for the fruition of their efforts. For this reason, the monks of the new brotherhood feel boundless gratitude, infinite thankfulness and a great obligation to prove themselves worthy of such a legacy. 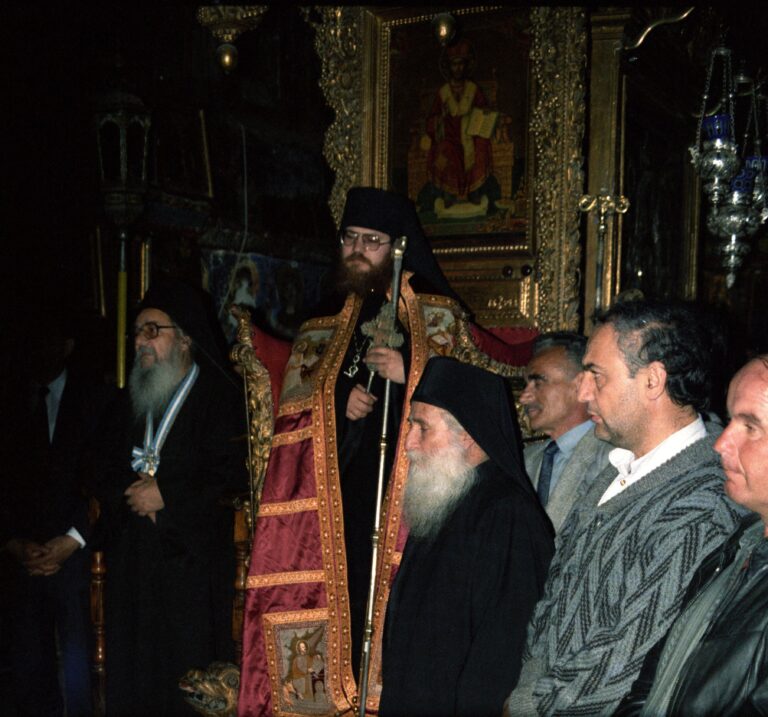 The new Abbot, Elder Efraim, on the throne, between the First Supervisor, Elder Theoklitos Dionysiatis (†) and Elder Iosif Vatopaidinos (†).

As the late Elder Iosif Vatopaidinos stressed, the Holy Monastery of Vatopaidi has one foot in hesychasm and the other in mission’. As regards the former, the Abbot and the monks are continuing the Athonite tradition and hesychast labors they received from the source of Saint Iosif the Hesychast through the person and teachings of Elder Iosif Vatopaidinos. Concerning the latter, mission, the Holy Monastery organizes events and conferences which are centered on transmitting the word of God to people today through the Philokalic spirit which permeates the Athonite monastic way of life.

At the same time, and under the blessing and attention of the Abbot, Elder Efraim, the monastery is rich in charitable and social work, which generously and caringly transforms love into action, through its multi-faceted and decisive support and assistance in serving and relieving people who are suffering today. It does so through the social welfare provisions of the Church.

Those of us who work in the Institute, in the editorial teams at Pemptousia and the ‘Orthodoxia’ International News Agency wish Elder Efraim and the brotherhood at Vatopaidi many joyful years and every good gift and blessing from God. 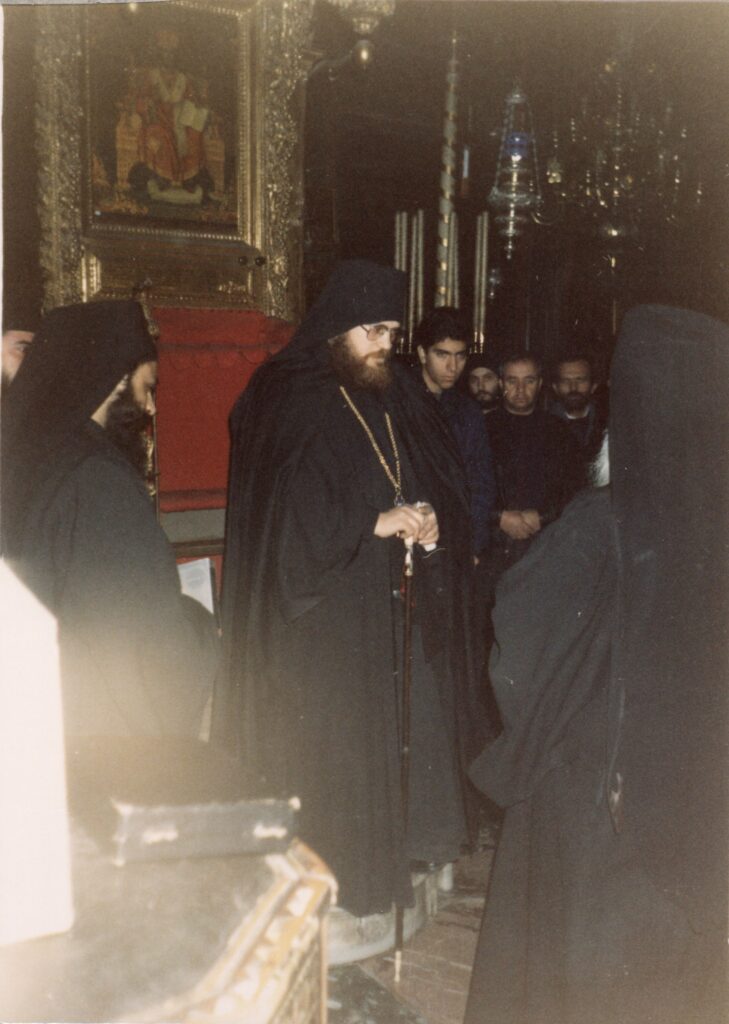 After the formal election of the new Abbot, Elder Efraim Vatopaidinos 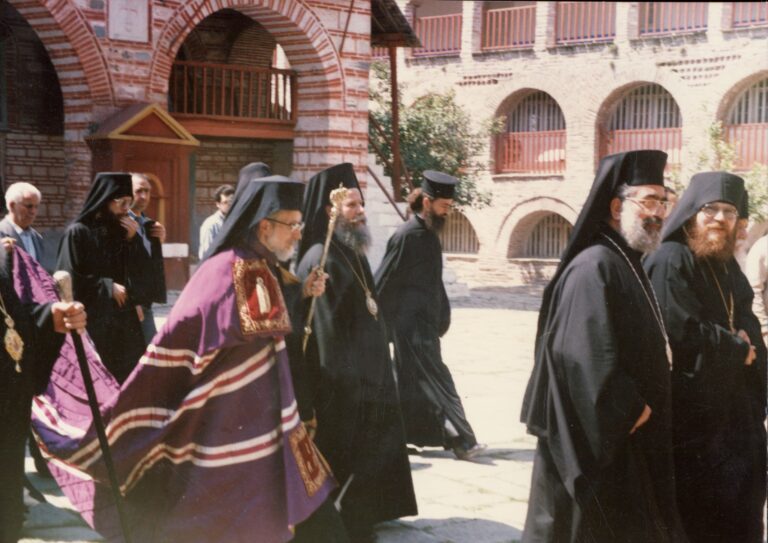 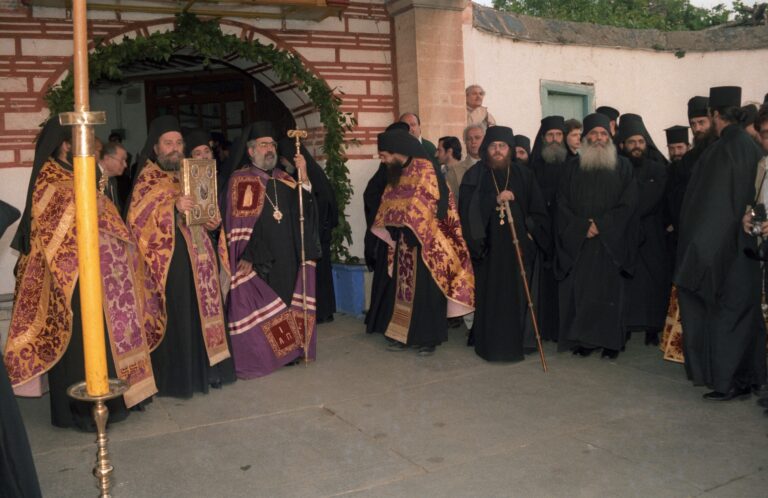