The Other Dimension to Life in the Congo

As we make our way through the period of the Resurrection, when everything is bathed in the True Light and is fragrant with eternity, here in the depths of Africa, despite all the difficulties, we sense the joy of the Resurrection and feel boundless serenity in our soul. 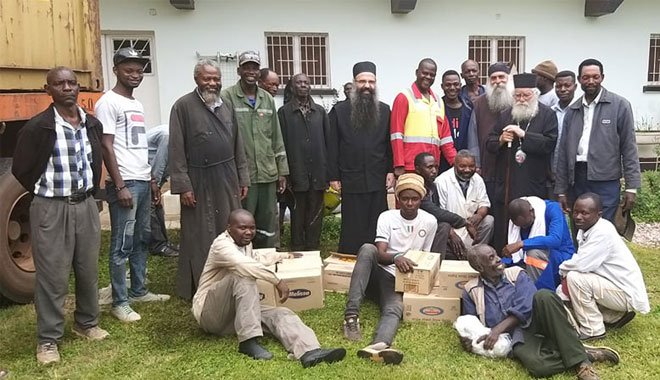 Just as the time of the Pentecostario leaves behind it the period of Holy and Great Lent, so here in Kolwezi in the Congo the rainy season yields to the time of drought. The green which has covered the earth in the Congo and which gives life to God’s creation, has now given way to yellow. It’s a color which is associated with pleasure and joy, but here it’s linked to monotonous drought.

This period of drought, which has already started and has begun gradually to take over the greenery, that is the harmony of nature and its growth, will not cover the monotonous lives of the people here. 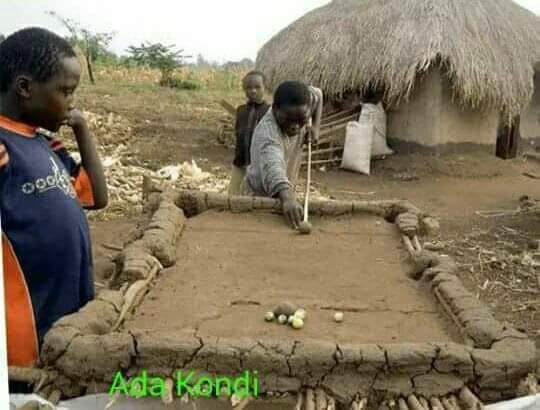 The pall of poverty, sicknesses, death and unemployment, which has now reached 70%, is spreading like a shadow and making people’s lives difficult.

You can search for years to find the remains of yesterday as left by the West among the beleaguered people here, but you’ll see that the stagnancy of yesterday has brought about a new advanced civilization which is increasing mortality rates to a tragic extent.

It’s a stagnation with dozens of questions. The attitude of ordinary people, their simple, bordering on tragic way of life, provides the answer to these questions.

They’re trying to find something unusual, to change something in their lives, to make them more human. Men, women and children, all piled together in their own world, inaccessible and with untrained minds, live as if they’re about to die. You can’t understand what they’re thinking and how they understand things. Nor can you misunderstand them. They have a certain dignity. On the other hand, civilized Europe gathers the remnants of its freedom and the ruins of its self-importance.

So what if they’re a different color? They’re still people with feelings, people who love, fall in love, hurt, cry and, in particular have a keen sense of their spiritual requirements.

The greater part of the population lives under the poverty line and in miserable conditions. It may be that poverty and misfortune forces them to break the laws of God and the state, but, if you talk to them you’ll discover charismatic people, many of whom have not been able to develop their gifts.

Poverty is the main reason why this is so. Unemployment and the low monthly income forces them to live in the margins. Victor Hugo said: ‘Adversity makes men, and prosperity makes monsters’.

They don’t have much by way of choices. Too many choices confuse and trouble them. Uncertainty about tomorrow leaves them no room for dreams and deeds. They’re simply patient and hope in God’s tomorrow. This tomorrow of God’s fills them with seeds of hope, signposts to new opportunities, better use of their time and their spiritual quest.

Many children stop school because the parents’ salaries are so low that they can’t afford the school fees. Children are obliged to go out to work from an early age in order to help their families with the little money they earn, at least buying their daily food. As a result very many children have no more than rudimentary education.

When you see all this, when you compare the lives of people living in other parts of the planet and the inequality that exists between the two worlds, you have to ask yourself where the justice is.

At this point we should remember God’s justice and that of humans. God is just and ‘loved righteousness’. He governs the world with justice. He will dispense justice in the next life. But He also demands justice from us: ‘Learn righteousness you who inhabit the earth’, He says in the Old Testament, while the Lord blesses those who ‘hunger and thirst after righteousness’. In truth, how happy we’d be if only we had justice as the rule in our lives. We’d see with the eyes of our soul a celestial rainbow opening before us and bringing a new page in our life through the colors of the virtues. A new page that would change our behavior.

So here, too, a new page has started to change our life and that of the whole planet. We’re starting from scratch and re-writing a new story in local society. This is a story with new rules, new pathways and opportunities. This story seems to be building an unbreachable wall around us for the moment It’s name is Corona. It’s a new virus which is spreading and causing widespread deaths.

It has expunged the way of life we knew before and is taking us where it wills. It knocked at the door to our life and those who let it in have been enclosed in a coffin. We don’t know how long it will last or how far it will spread. It’s a new sickness, a pandemic. Here in the Congo and in Africa in general, people are very frightened about its spread because of the lack of hygiene medical equipment, doctors and nursing staff and suitable locations for the care of the sick.

At this point we ought to note the following: as we said above, one of the many features of Africa is the large number of diseases. Where we’re living in the Congo, we’re plagued by malaria, typhoid fever, cholera, hepatitis, Aids, Ebola and yellow fever. People are so used to diseases that a new one comes as no surprise, as is the case with the corona virus. People are always accompanied by diseases and death. Life here has no value. This is why Africa can be called a ‘giant mass grave’.

With everything that’s happening here, if we didn’t have God’s protection, we wouldn’t even be alive, with all the diseases going around. That’s not a figure of speech. There are times when our all-good God comforts us. There are rays of God’s grace which give us the strength to overcome the obstacles we encounter and which often block the work of evangelizing our African brethren.