WATCH NOW: The World Premiere of the Documentary ‘Joseph the Hesychast’

From 9 o’clock in the morning, Greek, time on 21 May until 9 o’clock in the morning on 22 May, Greek time, you can watch the documentary ‘Joseph the Hesychast’ on the platform of the London Film Festival LGFF. It is being presented on the Internet because of the measures taken against the corona virus which are in place for theatres and cinemas in the United Kingdom.

You can watch the documentary on the following link, but only on the dates we mentioned above (9 o’clock 21 May to 9 o’clock 22 May, Greek time).

The dramatized documentary, which deals with the life of the Athonite Elder Joseph the Hesychast, who was recently canonized by the Ecumenical Patriarchate, was awarded five prizes by the committee at the festival, including a prize for the video accompanying the song ‘A prayer for All’. The lyrics are by the Elder himself and are taken from the book ‘Elder Joseph- Letters and Poems’ and are interpreted by Jonathan Jackson, the Hollywood actor who embodies the role of Elder Joseph the Hesychast in the documentary.

The panel awarded the prize for the Best Creative Documentary to the production of ‘Elder Joseph the Hesychast’ by the Saint Maxim the Greek Institute and the prize for Best Actor to the actor and singer Jonathan Jackson for his role as Saint Joseph in the documentary.

Apart from this, a Special Mention was awarded to the monks of the Holy and Great Monastery of Vatopaidi, on the Holy Mountain, for their editing of and participation in the documentary, while there was also an Honorary Award to the same monks for their spiritual and social contribution all over world.

The video for the song ‘A Prayer for All’, which is based on a poem written by Saint Joseph the Hesychast and interpreted by Jonathan Jackson, won the prize for the best music video.

The following are the prizes awarded to the documentary: 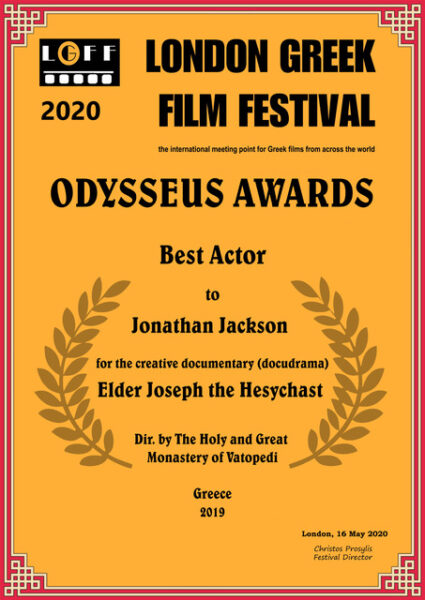 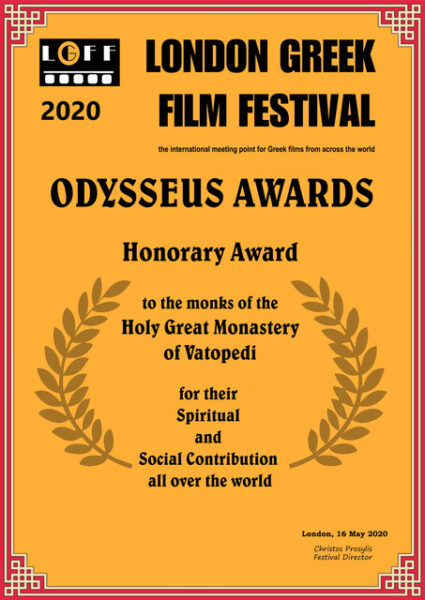 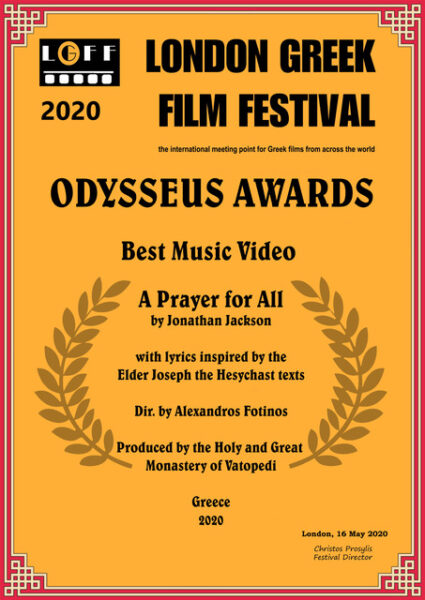 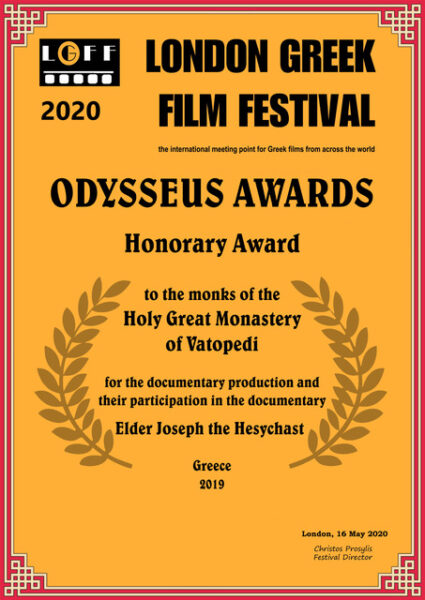 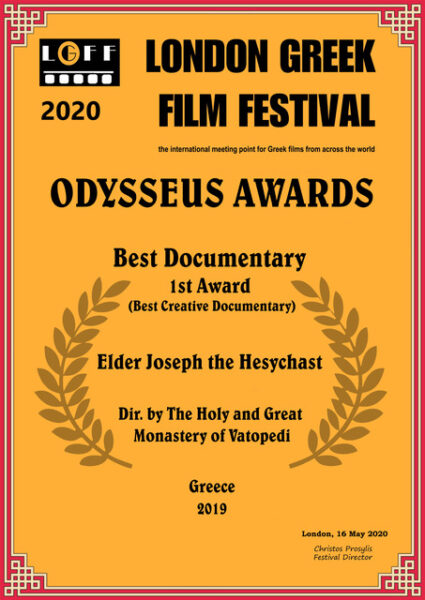