The West is in the throes of turmoil while the East sits in resignation and submission to fate.

The West is continually feasting on the Tree of Knowledge and increasingly feels a hunger for knowledge. The East is seated under the Tree of Life but can’t reach the fruit.

The West is building monstrous Towers of Babel, but since these towers are built from unhewn stone, they tend to lean to one side and quickly collapse. East has sweated to put ‘stone together with stone’ and has managed to create the most beautiful stones, but is unable to join them up into a structure. 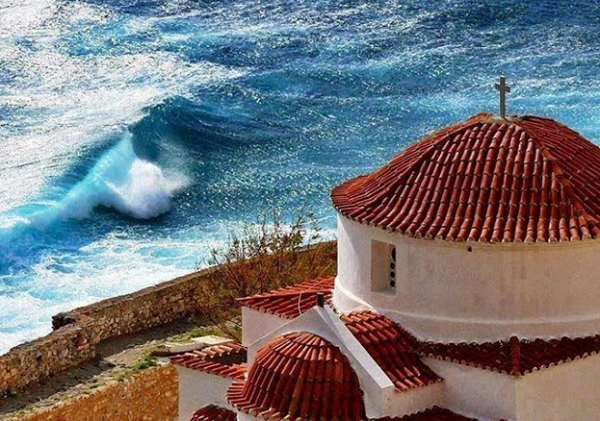 In the West, things are developed and things shine, while people increasingly become brutish and veiled in darkness.

In the East, only a few people are cultivated and they shine, while things are forgotten in the wilderness and prosper there among the weeds.

You ask why this should be so?

This is why the West finds itself in the throes of turmoil and the East in resignation to its fate. Jesus Christ stretches out His arms in order to wrap both West and East in one embrace, but is unable to do so. He can’t embrace the East because of nirvana nor the West because of its swords.

Both the West and the East are in your soul. The turmoil and the resignation are sown in the same field. The Tree of Knowledge and the Tree of Life grow side by side. East and West come into conflict in each one of us. This doesn’t mean that they cohabit but that they clash. If East and West would declare cohabitation instead of conflict, peace would reign among us and then there’d be other forces in the world, positive and restrained, instead of turmoil and resignation to fate.

Get to know the Tree of Life and you’ll be cured of the sicknesses of both East and West.

Then activity and faith- the opposites of these sicknesses- will blossom in the refuse tip of the throes of turmoil and resignation to one’s fate.