Question: How is unity acquired in a community?

Answer: We must have all the brethren in our heart, no one should be absent, even those that may wrong us. Unfortunately we do not allow ourselves to be transformed by grace, but we always justify ourselves and harbour resentment, and so there is no outcome, there is no victory. The real victory was in the Blood of the Lamb of God and we find real victory in forgiving from our hearts. That is why before Lent we are asked to forgive from our heart, because if we do not the labour of Lent is annulled. You can pray, you can cry, but the heart simply does not open. And we need the heart to be open when we begin the fast, otherwise how can we accommodate the grace of Holy Lent? In my experience, the hardest and most painful in a community is to have tensions with a brother. And what a relief when we forgive from our heart and pray for the person that seemingly offended us! Often the injustice we suffer is only in our imagination, but sometimes it may be real. What a relief it is when we forgive and pray for that person and we try to conquer evil by doing good (Rom. 12:21). The Holy Scriptures say this, so we cannot be more clever than the word of God. We can be clever, but not wise. When he has the grace of God, even the most uneducated man is wiser than all the scribes of this world. No comparison in quality of mind and spirit between the people who are learned in the vain and proud ways of this world, and the man who perfects holiness in the fear of God day by day and fathoms eternity with his spirit. 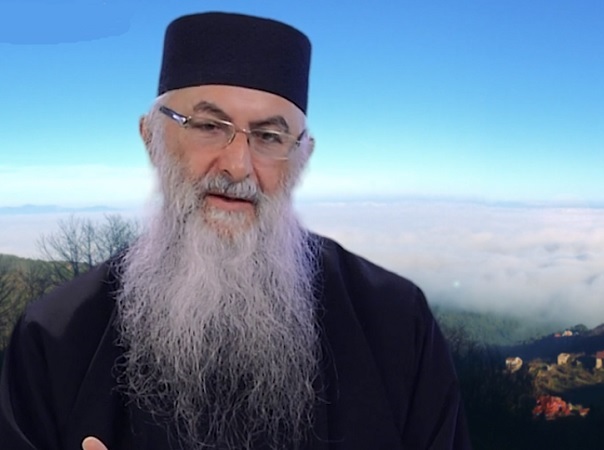 We are all human, we all make mistakes, so we should ask forgiveness and forgive one another. We said in one of our talks in past times that the nobility of the monk is always to say ‘sorry’, ‘forgive me’. In the 4th century already the Fathers were complaining that monks had lost their nobility by not saying sorry before and after speaking. When we use a walkie-talkie, we must start by ‘hello’ and end by ‘over’. It should be the same for monks when they speak. We begin and end by saying ‘forgive me’. This is the nobility of the monks. It is such a craftiness of the enemy to convince the monk that he is righteous, that he is right, and to inspire him to build walls of protection around him, which in reality means to cut himself from communion with the others. Then we remain with nothing, for if we cut this communion with our fellows, we cannot share in their gifts and we remain with our insignificant self.

Question: What can we do then? We cannot force the others.

Answer: No, we cannot force the others, but we can humble ourselves. St Philaret says that we can even ask forgiveness from that brother, hoping to bring him to a sense of humility and honour, which may help him ask forgiveness, too. Thus we become a co-worker with God for the beginning of his regeneration. However, Fr Sophrony told me once that if you are not sure how the other will accept your apologies, the best is to behave normally as if nothing happened and to be truly kind, for such an attitude heals better than trying to explain and discuss things. Some people want to explain everything, to go to the bottom of every incident, but it does not help, it only aggravates the situation.

Question: Once you said that if we ask forgiveness from someone who is not ready, they may even be confirmed in their wrong attitude.

Answer: There is that danger as well, Fr Sophrony told me that. But St Philaret had this idea. Well, this is part of the humility of the Saints when they are approached by people. In order to help them, they humble themselves before them, like the Lord before the Samaritan woman. He pretended that He was in need to have a contact with her and He gained her for eternity. Sometimes the Saints do the same, they pretend that they have some need in order to honour the other person and make him open up to the word of grace.

Question: We need to really mean this ‘forgive me’ and not to let it become just empty words, otherwise it is such a hypocrisy …

Answer: We do not need to have recourse to stories of this world, the Bible teaches us everything. In some places they have as a rule during Lent to read the Old Testament once every year. The question is how to read it carefully and try to understand what is beneficial for you in your converse with God, to use it as your language of prayer. We do not need stories of this world. In the New Testament it is written that if we believe, we must believe with all our heart and then confess with our mouth unto salvation (Rom 10:10). If we call upon the Name of the Lord, we must do so from our heart and even from a pure heart (2 Tim. 2:22). And if we forgive, we must forgive from our heart (cf. Matt. 18:35). What is important is not that the outside of the cup may be clean, but the inside of the cup (cf. Matt. 23:25), and that is the heart. This is the particularity of the monks: they continually work on their heart.

Question: One nun told me once that she said to her Elder that the Old Testament was revolting and horrible, and that she was not going to read this book again. The Elder told her: ‘If you do not read it, you will not understand the New Testament.’

Answer: We must understand the history of salvation. Certain things seem to us cruel but if they did not happen, God would not be able to show His mercy to us. It was part of the common salvation; God allowed these things in order to come and save the whole world. And for those who suffered injustice or even an unjust death, He had His plan; I do not think that they perish, because God has all eternity to correct the injustices of the time of this life.

Question: But what can be more horrible than the Crucifixion of God? They did suffer in the Old Testament, but what can we say about God’s suffering in the New Testament?

Answer: Yes. For example, in the Old Testament we meet such words, that the righteous will rejoice when he washes his hands in the blood of the sinner (see Ps. 58:10). This does not mean that the righteous will rejoice in the perdition of the sinner, but that revenge belongs only to the Lord (Deut. 32:35). This revenge will mean justice and glory for the righteous, and eternal damnation for those who preferred the path of sin. There are so many lofty states in the Old Testament which rival the states in the New Testament. It was the same Spirit that worked those states in the Prophets, though only intermittently. At Pentecost this same Spirit was given without measure. He came and penetrated the flesh of Apostles and remained in the Church until this day in a permanent way.

Fr Sophrony said to me one day: ‘If in the Old Testament they had not had the experience of those states, they would not have been able to experience the Spirit of the New Testament.’ They would have not been able to believe in Christ and receive the promise of the Father. Through those spiritual states God prepared the people to receive the fulness of the revelation when the Lord would come into the world. Fr Sophrony was not at all underestimating the Old Testament, but he did not believe that it is through the Old Testament that we understand the New, but that it is through the New that we understand the Old. St Maximus has a famous passage where he says that from the last we understand the first.

Father Hegoumen Peter: St Maximus said that the Old Testament was a shadow, whereas the time of the New Testament prefigures the world to come, it is an image of the Kingdom of God.

Question: You said once that priesthood is a temporary gift, it is not an eternal gift, yet we see the Saints  in the icons dressed in their liturgical clothes as bishops or priests.

Answer: Priesthood does not necessarily enter with you into the Kingdom, but if you have done justice and exercised it in all righteousness, in a befitting manner, it accompanies you as glory. Priesthood is incredible, it has a double property. It enables you to perform the Sacraments in this world, and anybody who has a valid ordination can do it, but those who bear the Spirit, are those ‘robed in the vestments of priesthood’, as the troparion of St Zacharias says, but who have also preserved alive the grace of priesthood. Those who have exercised their ministry in the spirit enter into the glory of this ministry, for priesthood is the gift of the Holy Spirit, it is not just a human gift.

Father Hegoumen Peter: Also the icon of a Saint depicts the path through which he found sanctity. For example, a bishop found sanctity through his ministry.

Archimandrite Zacharias: Have a good preparation for the great and last Feast that is coming in a few days. No other feast used to inspire me so much in my youth and in all the days of my monastic life as the feast of Pentecost. It has always been the most inspiring feast of the year. If you read the hymns and try to get ‘on line’ with the feast, it is truly a very paradoxical event. All the hymns we sing at Pentecost, all the readings and all the spirit is truly spiritual drunkenness, as Prophetess Hannah prefigured it (see 1 Sam. 1:13) and as Prophet Joel foretold it (Joel 2:28).