How should we react to doubts about faith?

Almost everyone has doubts, on occasion, concerning God and faith. These can be resolved, however, with opposing thoughts which confirm the truth of divine revelation as regards human beings and the world: the order and harmony of the universe, the miracle of life, all the other supernatural and amazing wonders performed by the Lord and His saints. And, above all, the testimony of the consciousness of well-disposed and pure souls.

The works of God, which bear witness to His existence and providence, have many facets. One is brilliant and therefore very obvious. Another is simply light and discreet. Another is faint and hard to identify. Another is dark and therefore invisible. This last facet has to do with doubts. The Lord has arranged things in this way in order to test the sincerity of our soul’s search for Him, as well as our humility. You see, God and His works can be approached and known only through humility. 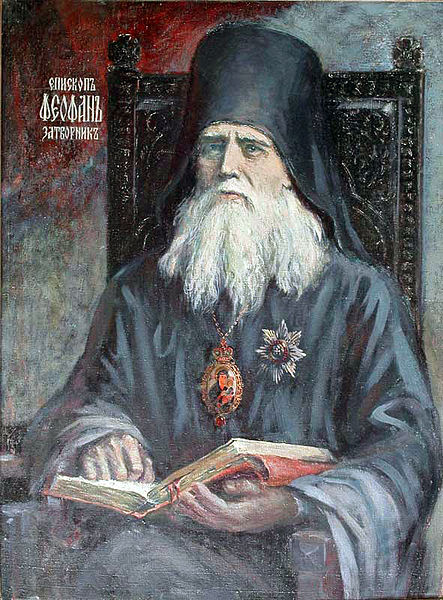 You believe that where God and His truth are- that is, everywhere- everything should be filled with light, should be perceptible to the senses, should inspire our souls in a powerful manner, should declare their divinity loudly. Don’t you realize that, by thinking in this way, you’re trying to define how God should act? I’m sure you would agree that that’s unthinkable, because, were that to happen, the natural order of things would be shaken to the core.

In themselves, the works of God are, indeed, divine, but their divinity is shrouded in an invisible veil. Why? God wished it so- that’s all I have to say. The judgments of divine wisdom and love are impenetrable. There can be no doubt, however, that there is inexpressible beauty and an abundance of light behind the veil, which prevents those who don’t believe from seeing the truth. Saint Paul says: ‘Ever since the creation of the world, his eternal power and divine nature, invisible though they are, have been understood and seen through the things he has made’ (Rom. 1, 20). By whom, though? Only by those who believe and are well-intentioned. Not, of course, those who are merely formal believers, but those who live in a God-pleasing manner.

You have to crack open the nut in order to find and enjoy the tasty and nourishing kernel. The Lord doesn’t reveal His secrets to everyone, nor does He cast His pearls before the swine. This is why He spoke to people about His kingdom in parables. Those who had the spiritual foundation were able to understand them and were enlightened by the truth.

When seeds fall into fertile soil, you think they rot and are lost. But with the strength with which God has imbued them, they flourish, multiply and produce a large amount of fruit. The same is true with the seeds of the divine word. They’re sown in the hearts of everyone, though they flourish only in the fertile ones.

Faith isn’t diminished at all by the fact that not everyone believes. Pay no attention to the unbelievers. Look at those who really believe and you’ll see what they enjoy through faith. The Christian faith isn’t a philosophical system, but a means by which Christ, as God and human, sets to rights us who are fallen, through the Holy Spirit. So look at anyone who’s following in the footsteps of Christ. You’ll see how they gradually grow, how they mature spiritually and become great, however insignificant they may be for the rest of the world.

There was Starets Seraphim of Sarov, for instance, who was a simple person, illiterate. And where did he get to? With a single word, he stopped the mouths of the learned unbelievers. But God chose those who are foolish in the world to shame the powerful; God chose those who are low and despised in the world, people of no consequence, to reduce to nothing those who think they’re something (cf. 1 Cor. 1, 27-28). This is how divine grace transforms all those who surrender to it.

The Lord, then, summons us to faith. He wants our salvation. And you will be saved, if you listen to His voice and follow Him, unwaveringly. For the sake of Him Who loves you so much, trample down any doubts. In this way, you’ll offer Him the greatest sacrifice, for which He’ll reward you many times over. Doubts are weeds which the enemy sows in the field of your soul, among the stalks of wheat. Why do you allow him to wreak your destruction? Throw him out and approach our Savior, Who stretches out His hand to you lovingly. Humble yourself, because, as I said, God reveals Himself only to the humble. Pray, because your prayer surrounds and protects you from the attacks of the evil one. And make a firm decision: never accept any doubting thoughts. As soon as they appear, get rid of them from your mind, without entertaining them, no many how reasonable they might seem. In this way, you’ll put a stop to all the machinations of the enemy.