What should we know in the battle against thoughts?

‘We should put a question mark against conjectures of suspicion’.

‘Elder what helps to get rid of suspicions?

‘Are things always the way you see them? Always put a question mark after each of your thoughts, because you usually look at things ‘from the left’ [i.e. to find fault]. And you can also add a good thought or two about others, so you aren’t off target in your judgments.

If you put two question marks it’s better. If you put three, it’s even better. In that way, you keep calm and do yourself some good. And you benefit the other person as well. Otherwise, with a thought from the left, you get upset and cross and worried, which damages you spiritually. 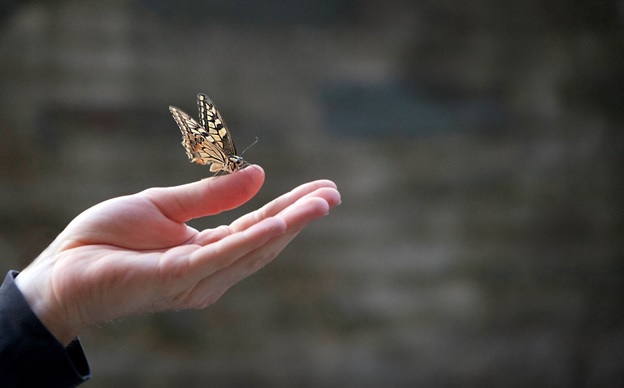 When you deal with what you see with good thoughts, you’ll soon discover that things really are as you see them. Let me give you an example, so you can see what a thought from the left does. A monk came to see me one day in my kalyvi [small house] and said to me: ‘Old Haralambos is a magician. He’s been doing magic’. ‘What are you talking about, you lunatic’, I answered. ‘You should be ashamed…’. ‘No’, he said. ‘I saw him one moonlit night. He was humming and pouring something into the branches from a demijohn’.

I went one day and found Elder Haralambos: ‘How are things?’, I asked him. ‘How are you doing? Everything all right? Somebody saw you humming and pouring something into the bushes from a demijohn’.

You see. And the other monk had him down as a magician. I see some people, who aren’t monastics and they have such good thoughts. But there are others, poor things, who are tortured by things that don’t actually exist and that even temptation couldn’t imagine.

There was one time when it rained after a long period of drought. I felt such gratitude to God that I sat in my kalyvi and kept repeating ‘Thank you, God, a million, a billion times’. Unknown to me there was a layman outside and he heard me. When he saw me afterwards, he said: ‘Father I’m shocked. I heard you saying “a million, a billion” and I wondered “What’s that Father Païsios is saying?”’. What could I say to him? There was I giving thanks to God and he thought I was counting money. And if it had been somebody else, they might have come back at night to rob me, given me a good hiding and they’d still have found nothing.

Another time, a man came to me with a sick child. I took him into the chapel to talk to him. When I’d heard him out, I told him that he also had to do something. ‘You don’t do prostrations, you don’t fast, you’ve got no money to give as alms. Say to God: “God, I’ve got nothing good to sacrifice for the health of my son, but at least I’ll try to stop smoking”.

The poor man was moved and promised he would do it. I opened the door for him to leave and he left his lighter and cigarettes in the middle of the chapel, underneath the icon of Christ. I didn’t see him doing it. After him, a young man came into the chapel to tell me something and then he went outside to have a smoke. I said to him, ‘You can’t smoke here, young man. Move a bit further away’. ‘But you can smoke in church?’ he asked me. He’d seen the packet and lighter that the father of the sick child had left and fallen prey to the thought that I smoked. I let him go with his thought. I mean, even if I smoked, would I do so in church? You see what bad thoughts are.

‘Elder, how much damage can conjecture and suspicion do to the soul?’

The damage is commensurate with the conjecture. Suspicion breeds disaffection.

‘Elder, if you see that you’re off target one time, doesn’t that help?’

If you miss one time, well, all right. But if you miss twice you’ll cripple yourself. We need to be careful, because if there’s one chance in a thousand that things aren’t what we think, we’ll be chastened. When I was in the monastery, it was Great Lent and one of the older monks, Father Dorotheos was frying zucchini. Another monk saw him as he was putting them in the pan and came to me and said: ‘Come and see. Old Dorotheos is frying red mullet this big’. I said, ‘But it’s Great Lent, Elder Dorotheos isn’t going to be frying red mullet’. ‘Yes, he is. I saw him with my own eyes. Great big red mullet’.

Elder Dorotheos had come to the Holy Mountain as a fifteen-year-old and was like a mother. If he saw a young monk who was sickly, he’d say: ‘Come here, I’ve got a secret to tell you’, and he’d give him some tahini with crushed walnuts or some such. And he looked after the elderly ones as well, depending. So I go to see Father Dorotheos and what do I find? He’s frying zucchini for the hospital.

‘But what if a suspicion about somebody turns out to be true, Elder?’

Well, if it does once, does that mean that it’ll always be the case with such bad thoughts? Besides, how do you know that God didn’t allow that thought to come true as a lesson in humility for the other person. And, of course, you have to be careful so as not to give other people cause to draw the wrong conclusions. If, for example somebody has a thought from the left about you, they may be moved by spite, but, equally, you might have given them cause. If, despite your carefulness, others think badly of you, glorify God and pray for them.