Confidence in the Captain of the Faith

The narrative [in today’s Gospel] has as its historical core the experience of danger which Jesus’ disciples lived through and the salvation which was provided by the presence of their Teacher Who appeared on the raging waves. The event took place immediately after the miraculous feeding of the five thousand, which was mentioned in the Gospel reading last Sunday. Apart from the actual experience of the disciples, however, the Gospel writers have preserved it because they saw in it a more profound significance for the Church.

The crowds who were witnesses to the multiplication of the loaves were wildly enthusiastic about the Messianic event and believed that the great moment had arrived when their expectations would be met. Jesus was fully aware that this enthusiasm might spell failure for his spiritual task, and so He sent His disciples away in a boat to the other end of Lake Gennesaret while He Himself withdrew to the mountain to pray. But when He realized that His disciples were in danger from the headwinds and the perilous weather, He appeared before them and said: ‘Take courage. It’s me. Don’t be afraid’. These encouraging words must have had made a great impression on the terrified disciples. And they recorded it because they saw in it Christ’s promise to the vessel of His Church. 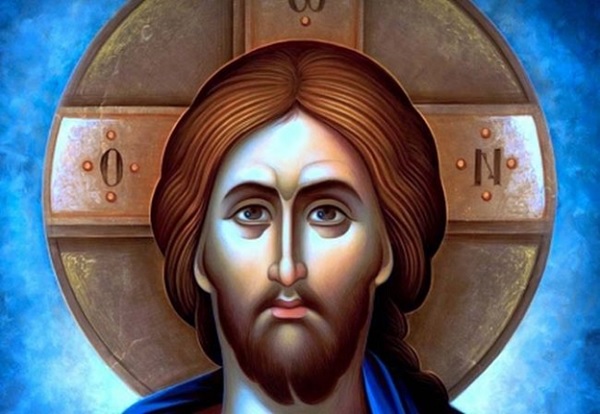 Indeed, how many storms and headwinds has the Church encountered over the course of its history so far? When faith and trust in its Captain are absent, then it’s in danger of capsizing in a welter of compromises, concessions and betrayal. The episode with Saint Peter- the spontaneous, impulsive though sometimes untrusting disciple- demonstrates precisely this: as long as he looked at Christ with trust, he was able to walk on the sea; once he thought about the winds, however, and the danger- which, in fairness, was a reasonable and justifiable reaction- he started to sink. In other words, the less we’re aware of Christ’s presence next to us and the more we doubt His power, the more we’re exposed to fear and danger. But when we turn to the Lord with confidence, we aren’t left without help. When Peter cried out ‘Lord, save me’ an immediate answer came in the form of help. In faith there’s no room for experimentation and trials. You don’t need to walk on the waters in order to believe in Christ, but if you really do believe, you can walk upon the turbulent waters of life without sinking and becoming lost at sea. He Who provides nourishment, Who satisfies people with the bread of life, is also the Lord and Master of death.

By referring to an actual experience of the disciples, and of Peter in particular, the narrative in today’s Gospel underlines the following truth: trust in the Captain of the faith is a necessary part of the equipment of those in the ship of the Church, which sails through the storm-tossed waters of the world. If you’re open to the winds and exposed to them you run the risk of drowning. But you should know that at the cry: ‘Lord, save me’, help will arrive immediately in the form of the Son of God, the victor over the opposing forces.

In the ‘Take courage. It’s me. Don’t be afraid’ of the narrative, we should recognize the explicit promise of the Lord to the members of His Church that, in the turmoil of life, the persecutions, the sorrows, the headwinds and the other obstacles, He will be with us, in accordance with His assurance with which the Gospel of Saint Matthew ends: ‘Behold, I am with you always, even until the end of the age’.