‘I forgave you all that debt because you pleaded with me’

In the Gospel reading for the 11th Sunday of Matthew, known as the parable of the thousand talents, we see on the one hand the mercy and loving-kindness of God and on the other the callousness of people. The occasion for this parable was Saint Peter’s question to Christ as to how many times we should forgive those who have wronged us. Should it be seven times?

The parable presents a servant who was deeply in debt to a leading man in the region. This leader cancelled his debt. Feeling incredibly happy, the servant was on his way home when he met a fellow-servant who owed him a small amount, certainly in comparison to the debt which had been cancelled. He demanded his money and, when the other was unable to pay, he had him locked up in prison. The other servants saw what had happened and, in their dismay, told their joint master. He in turn summoned the harsh and ruthless servant, to whom he’d shown kindness and forgiveness and said to him: ‘You wicked servant! I forgave you all that debt because you pleaded with me. Should you not have had mercy on your fellow servant, as I had mercy on you?’. 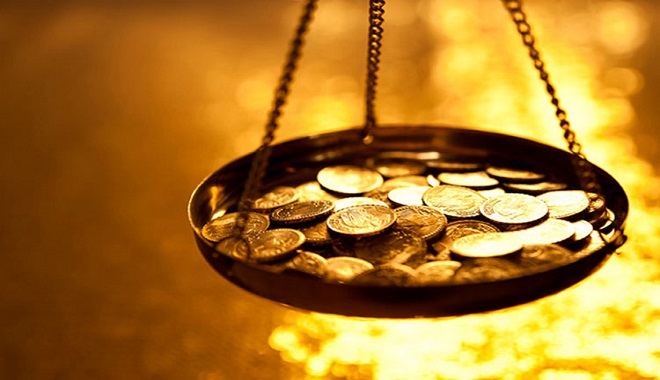 There are factors in this parable which are of importance for the quality of our life and for the salvation of our soul. Often in life, we’ve sought God’s assistance and He’s offered it. At the same time, He has mercy on us, He demonstrates His love for us and He forgives us all our great spiritual debts, that is our sins. So we ought to have the same attitude towards other people and should forgive them for what they’ve done to us, because the virtue of forgiveness is one of the greatest that we can acquire in our lives.

In his interpretation of the attitude of the man in debt to the tune of one thousand talents towards his fellow-servant, Saint John Chrysostom declares that the cause was the terrible passion of resentment, which darkens people’s minds, enslaves them and leads them to actions which hurt and destroy them. The other servant begs him, entreats him, asks just for an extension, humbles himself and falls at his feet. But he shows not a scintilla of mercy. This particular kind of person is an example to be avoided. Alas we see many such people among those who are prominent in society: hard-hearted, vengeful, hostile. They’re people who are always asking for others to be punished and penalized, even physically eliminated, if they think that in this way they can gain their revenge and punishment. They’re deceived by a dreadful delusion and, essentially, harm and punish themselves. Saint John Chrysostom says there’s nothing worse than resentment. It estranges us from God from ourselves and from others. It’s a passion that brings rage and anger, and these cause inner turmoil, as well as confusion and darkness to the mind.

So the Lord Jesus Christ teaches us the great lesson of tolerance and forgiveness. What does tolerance really mean?. It means being patient and forbearing towards the wrongs others do to us. It also means a genuine disposition not to regurgitate these wrongs* and not to seek revenge for them. Instead we want to forgive those who’ve injured us and to repay evil with good.

Christ’s teaching here is an important occasion and opportunity to rethink our attitude towards God and other people. To reconsider the way we’re going, the way we think, the way we live as Christians. We often feel that our spiritual life is our own business, that it’s nothing to do with anybody else or with society as a whole. But there’s nothing in the Gospel, none of God’s commandments, that we can apply by ourselves.

What distinguishes us as Christians is love and knowing how to forgive. If we want to be real Christians, true people, rather than just claiming to be so, we should always follow the blessed path of love, forgiveness and tolerance. It’s the path of salvation, the path of glory. It’s His path, which He opened for us on the Cross with His holy words, ‘Father, forgive them…’ leaving us an eternal example of forbearance.