In the hermitage of humility: the figure of an elder [2]

Returning to the subject of the Elder’s sermons. It was indeed a great spiritual pleasure to see him preach in church. His face would be transformed in a wondrous way, since the whole of his soul was invested in the sermon. He would actually often make some kind of witticism or would mention some very simple, everyday examples, at which people would laugh. His ultimate objective, besides people’s spiritual benefit, was not to be admired at all. Such was his humility. I remember him regularly mentioning the following simple example, as a way for the uneducated peasant farmers to understand the reason behind Christ’s incarnation: he used to say that there was someone who noticed some ants down a stream-bed which were in danger of drowning shortly, because they didn’t realize that they should get up onto a little twig. There was no other way to save them, but for him also to become an ant, and to speak to them in their tongue. And, in his anti-heretic sermons, he would mention an amusing example, that outside a village he saw a hen walking in a strange, unnatural manner. He himself would actually even make some weird gestures with his arms, in a charming and demonstrative attempt to mimic the actions of the hen–that’s how far he was ready to go to get his point across. Upon closer inspection, however, he noticed that the hen had only one leg. Therefore, he would say, if we have only the ‘leg’ of the Bible, without that of the holy Tradition of the Church, we too will hobble theologically speaking. 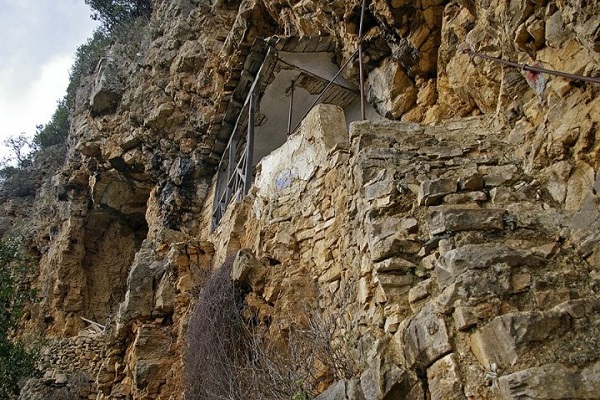 At other times though his sermon reached such spiritual heights, that people would take a good look at themselves, and would express themselves in various fashions: some with deep reverence, others with nervous laughter, still others would be lost in thought, whereas some needed time to sort themselves out. I remember one occasion when Father was preaching and he was saying that one day Christ will gather the whole world, the people of all the ages, as is written in the Bible, so as to judge us in the Second Coming. A few elderly men, who never missed Church, started whispering amongst themselves saying that such things cannot happen, that God cannot perform such a miracle, and so on. The Elder acted as if he hadn’t heard them, but, over time, thankfully the people became aware of the principles concerning the Christian teachings. In general though, without criticizing anyone, only evil, this ardent preacher possessed the ability to aim directly at what was in the heart, where the passions lie, and so people at least attained a certain level of awareness – and that is of great benefit.

Once though, I asked why, seeing as the Elder had so much knowledge, he preached in such a simple manner. He told me: ‘Bear in mind, son, that at the shrine where I was, people passed through in droves, most of them hardly ever went to church, so the preacher has to somehow “impart” all of Christianity in 15 minutes’. And it crossed my mind that, as a matter of fact, the Elder did indeed condense his sermon to such an extent, adhering to the fundamentals, that his address really did ‘cover’ the whole of Christianity in just a few minutes. Another time he told me that he knew that whatever is really very simple is what is mainly imprinted upon the soul. Let’s not forget, he added, how simple were the teachings of our Lord himself.

Meanwhile, in his addresses he always quoted the teachings and opinions of others, either of the Holy Fathers or of great men of the Church, and never his own. This is, I believe, due to the fact that he had received a special gift from God, that of the ‘concealment’ of his own word, which is a very great ascetic effort. He quite literally buried his own opinion due to humility – we can understand just how difficult that is if we try for a short while not to say anything from our mind and instead ‘bury’ the products of our intellect. And yet, for whole decades, the Elder did not dare express his own personal views, relying on the holy words of others (I reiterate however that this is a gift and one which we should not emulate without discretion).

At this point I must also mention that, although the Elder was considered to be strict in his sermons (occasionally, regarding matters pertaining to the next life, even though there was a reason for that too), he was extremely lenient and forgiving during confession, though always showing discernment. He never chastised, instead pouring balm on the wound he shared in the sinner’s affliction. He insisted on only one thing: from the moment the believer repented and had confession, the Elder asked them to truly believe that God had forgiven them. He wanted the person to trust in God’s mercy, to feel Him as a father, not as a harsh judge (without of course belittling the sin itself). He endlessly counseled and enlightened the person who was confessing, without becoming tired or weary. He literally devoted himself to this holy task completely, committing all his energies to it.

The Elder never denied confession to anyone, no matter what time a believer might have come to confess their sins. Actually what often used to happen was that if, after the end of the sacrament, another believer happened suddenly to appear, he would sit and re- read all of the holy prayers of Confession, because, as he used to say to me, ‘seeing as I said “Through the prayers..”, I now have to start again from the beginning’. I asked him why he didn’t do as the other priests, who on similar occasions simply read the prayer of absolution. He replied that ‘the sacraments are, in reality, conducted by the Holy Spirit, and if we do not invoke or call upon the Holy Spirit by means of the special prayers, then it’s wrong. We, as priests, help in the celebration of the Sacrament; we don’t actually perform it ourselves. By virtue of His endless compassion, love and kindness towards humanity however, God also accepts the confessions of the believers conducted in the fashion that many priests today are in the habit of doing. But, the most correct way is for the whole rite to be read’.