In the hermitage of humility: the figure of an elder [4]

Among other things, I asked the Elder what I could do to love Christ? I thought that he’d tell me all sorts of things involving unceasing prayer, many prostrations, fasting and so on, but he simply said: ‘Love Christ’s Cross’. Indeed, looking upon the Saviour’s Cross you learn to gratefully accept all the so-called ‘misfortunes’, the sorrows and so on that befall us, and to view them as absolutely nothing compared to what Christ the Saviour endured for us. It stops you from becoming arrogant, and gradually gets you used to praying with gratitude. But even if we don’t attain heartfelt prayer quickly, which is difficult, the imprint of Christ’s Cross is permanently engraved on our memory, and this results in our progress towards humility. It’s well-known that patience is a form of prayer. Another virtue of great importance, one which the Elder considered to be the precursor of humility, is love towards our enemies. And, of course, we can only learn to love our enemy by imitating the Saviour, Who forgave those who crucified Him. 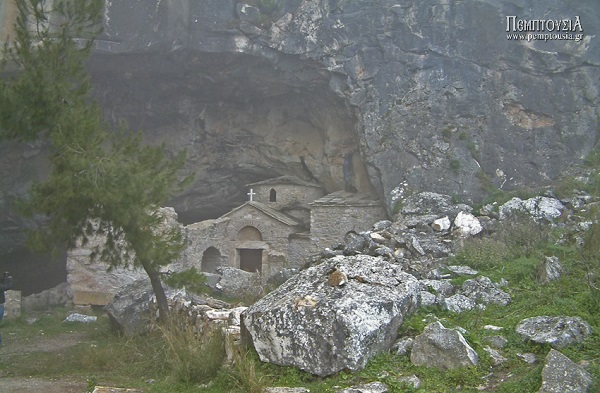 The Elder was once asked: ‘Father, seeing as I’ve forgiven my enemy, who caused me great harm, why do I still have angry thoughts about them? Does it mean that I’m vindictive?’ The Elder replied: “No. These thoughts aren’t, in fact, yours, but come from the devil, who doesn’t want us to feel calm. He’s particularly hard on us like this, if he knows that we have a sensitive conscience’. Discretion is necessary everywhere.

Another one of my questions to the Elder was: ‘Who should I pray for first, myself or others?’ Someone without proper judgment might well have answered: ‘Others, of course’, not realizing that lay people, such as ourselves, are, for the most part, powerless beings. The Elder however told me: ‘It’s obviously best to pray first for others; but if you can’t, then never mind, pray first for yourself and those close to you, and then for the others’. In other words, it doesn’t matter, you can start by praying first for yourself, and then remember the names of others in your prayer. The day will come, at some point, when God will grant us the ability to love others as ourselves. There’s no point in rushing, and aiming straight for perfection, while we’re still infants in spiritual terms. In addition, the Elder was adamant about praying for those close to us, due to the fact that he placed great importance on the family, and he believed that through things such as patience towards parents and the mutual love between husband and wife, for example, we can make significant spiritual progress.

On another occasion I said, ‘Elder, unfortunately, when I see homeless people on the street, although I do feel compassion for them, I don’t pity them to the extent that I would pity myself if I were homeless. He replied with understanding: ‘That, son, isn’t humanly possible, only Christ can do that’. I then remembered what Saint Païsios wrote somewhere: ‘For many years I loved only Christ, and didn’t feel the same love for other people. Until one day, Christ came and gave me His love for people and the whole of creation, and then I was overcome by love for every single thing’. Therefore we must first focus our love on Christ, and, through that, the Lord will grant us perfect love for other people, which of course is a divine gift. Though he did add: ‘We have to ask Christ to allow us to feel this’.

I once mentioned that when others insult me, I try to forgive them, but I’m saddened and upset by what they’ve said. He then told me: ‘Don’t be distressed at all, because this isn’t human, but divine work’. And he added: ‘The whole point is this: to make an effort to truly forgive those who insult you, to pray sincerely to God for them’. In other words: ‘Learn to forgive your enemy, and don’t be concerned about the fact that, being human, you were upset. Christ will take care of the rest’. Especially concerning us lay people, the Elder didn’t want us to be over-hasty in taxing ourselves ascetically .

If, as a Christian, you have to be kind and compassionate towards others, how much more so must you feel for your child. This is the reason why the Elder was explicitly against abortions, even in the event of rape. If that were to happen, then the best thing would be for the mother to keep the child that was born. If, however, she can’t bear the social stigma and condemnation, she can give the child away to some kind of institution, so that couples who can’t have children can adopt one. (And it is, in fact, extremely saddening that women who are rape victims should be stigmatized)

The Elder was also adamant in his position concerning premarital relationships: they’re absolutely forbidden. Naturally the question arises, how can we manage to abstain until marriage? The Elder said that we should guard our eyes, not watch obscenities on TV, and also be very careful, for instance, during the summer holidays. In other words we should avoid displays of nudity. Also, fasting is very beneficial. However, the best medicine for such cases, as far as I understand it, is not to judge others. Because, according to the Elder, criticizing results in ‘burning the bridges between the persons doing so and God’, and divine grace deserts them. The most important thing being that, if they humble themselves, then God will find a way to keep them pure. On another occasion, when summarizing this teaching on how to defeat the carnal passions, he said that we need to ‘avoid catching people’s eye on the street; give alms; remember people’s names in the Liturgy; and also the sacrament of Holy Unction is very effective’.

Knowing full well that people nowadays are very weak, the Elder didn’t strictly require that we completely avoid modern forms of music (though he did tell me that in general it was good not to go to what we call night clubs) but he strongly advised that we don’t listen to anything which has anti-Christian content, anything that blasphemes Christ or the Church, or anything that impels us towards atheism. It’s a great sin to listen to such things.

… Moving on now to various disputed customs of our society: I read once in a Christian book that it’s not right to decorate a Christmas tree, due to the fact that it’s a pagan custom. The Elder disapproved of such austerity, saying that the custom had been Christianized and is now directly linked to the great feast. Indeed, not long afterwards, I happened to be reading a book by Elder Sophrony Sakharof, and I came across a passage where it said that we shouldn’t dismiss the traditions of non-Christian people, who embrace Orthodoxy; instead we ought to make them a part of the Church[*]. And he said this specifically regarding birthdays, where the person in question could, if they so wished, attribute a truly spiritual quality to the celebration.

Regarding Santa Claus, the well-known chubby saint in the red costume, he told me that it wasn’t something particularly good, but nor was it particularly bad. He did, on the other hand, advise me not to be sharp with or scold the little children who believe in him, and who through him possess a certain reverence. ‘I, however, wouldn’t bring Santa Claus into my house’, he added[**]. Also, one other time, when I asked him if it was right to send away the young children who come knocking at Carnival time, just before Great Lent, dressed up in various costumes, he replied that it wasn’t good. He didn’t, of course, condone in any way the distortion of the spirit of Meat-Fare Sunday. The reason for this, in my opinion at least, is that children celebrate in a pure manner, even with their costumes and disguises, and that their celebration has nothing to do with the shameless debauchery, overindulgence and binge-drinking of the adults over the course of these days. We should all reject such behaviour, but that doesn’t mean injudiciously chasing away a child that’s having fun, dressed up, for instance, as Christopher Columbus.

[*]See for example https://www.youtube.com/watch?v=rEadkx4qCXU&index=8&list=PLHzoPNkDQJkKEQmGnSf7kQUMe9nJQrmFN with His Eminence Makarios of Kenya. [WJL].
[**] And let’s be honest: the original ‘Santa Claus’, Saint Nicholas, is actually far more interesting, especially to young children, than the weird figure that modern commercialization has crafted [WJL].