In the hermitage of humility: the figure of an elder [6]

Let me now mention some other teachings and advice the Elder gave. Regarding the so-called ‘enlightened’ laywomen who supposedly see revealing visions, apparitions of Saints, talk all the time with Our Most Holy Lady and so on, the Elder, generally speaking, didn’t have a good opinion (unless it was an exception, such as the devout ladies who had a vision of Saint Raphael, or the abbess who found Saint Vlasios in Aitoloakarnania and so on, then the Church decides accordingly). In any case, the opinion of the Church takes precedence. Until it reaches a decision, we would do well to have our reservations in such cases. 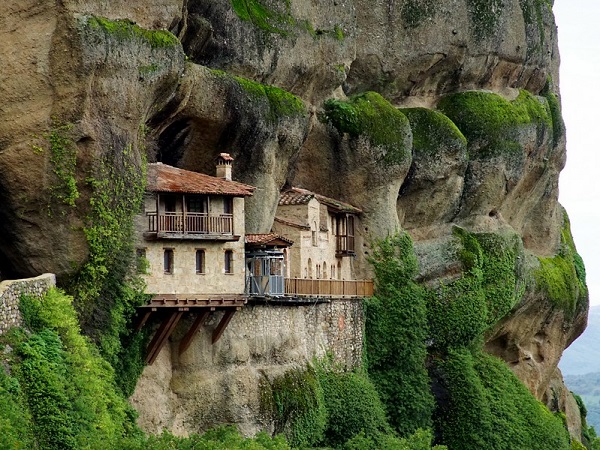 A very long time ago, when I was still a student in primary school, the Elder had asked me whether I watched the films that revolved around the life of Christ (it happened to be Great Week at the time). Influenced by certain people’s misguided opinions, in other words that the cinema as a whole was to be frowned upon because it fell short of the aesthetic merits of the Byzantine icons (which is true, of course), I asked him: ‘Is that allowed’? The Elder approved of devout films, which portrayed for instance the Passion of Christ, because in the spiritually barren world that we live in, whatever presents good must be appreciated. In general, discretion is necessary everywhere.

I read somewhere in a book that people nowadays don’t worship God because they ‘take pleasure in themselves’. I once asked the Elder what that meant. He told me: ‘Son, people today take pleasure in their money, their houses, their comforts and so on’. If someone’s ‘successful’ in everything, and is happy and proud of themselves, in a sick way (I don’t mean true happiness), that’s indeed a great danger. In fact some people, nowadays, unfortunately, take pleasure in their knowledge, their mental abilities, and, instead of glorifying God, Who gave them their brains in the first place, they devise theories to fight God. The Elder also said that there’s even a risk of taking pleasure in, for instance, your children or wife, in a sick way, if you don’t put Christ, and only Christ, Who is the Supreme Good, above all else.

You should feel very bad, said the Elder, when you hear someone blaspheming Christ and the Mother of God. You should intervene, in order to put things right – this may sound a bit heavy, but, if done with love for others, it’ll be beneficial. ‘Why don’t people step in when something like that happens? Don’t they care?’, he asked. Let me take the opportunity here to mention the following incident: after hearing this advice from the Elder, it happened that I heard one of my neighbours, who used to blaspheme a lot, yet again curse the Holy Ones. I decided to speak out and, politely, I objected. Puzzled, the blasphemous neighbour, asked me: ‘Did I curse?’. The poor man hadn’t realized his sin; the devil had clouded his mind so he couldn’t see. After that though he seemed reformed and I never heard him blaspheme again.