In the hermitage of humility: the figure of an elder [7]

Moving on now to more theological issues, one day I asked the Elder whether God Himself really had to be crucified in order for us to be saved. Wasn’t there another way? ‘Of course’, he said, ‘only the Lord knows these things. However it seems as if there was no other way’. So not only is God truly related to the world (because some people ask ‘is God going to do anything for us?’), but He also abandoned His heavenly glory and came to Earth to endure blows at our hands and to be crucified. And the Elder in fact clarified that we shouldn’t just say that ‘Christ died on the cross for us’, which is perfectly true, of course, but rather ‘Christ died on the cross for me’. In other words, if it were necessary for the Lord to be crucified just for me personally, He would do so without a second thought – such is the extent of His divine love. 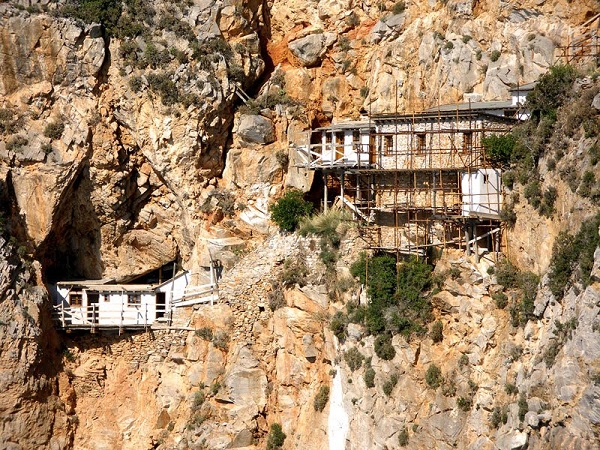 Now, as far as the Holy Spirit’s concerned, He’s most definitely a Person, and not a force, as certain Protestant sects and many Pentecostals foolishly claim. He is of one essence with the Father and the Son and performs all the sacraments. The Elder used to say again and again that ‘We priests simply assist’. Furthermore, the Elder told me that the Comforter, the Spirit of Truth, regrets the fact that we neglect Him, in other words that we hardly ever mention Him. And yet, he added, it is He Who does everything within the Church, since He performs all the sacraments. So we have to pray often to the Holy Spirit reciting the beautiful hymns of the Church (‘Heavenly King’ and so on), and desire that He should abide in our hearts. When I asked him how we can come into such close communion with the Holy Spirit, he said ‘By obeying Christ’s commandments’.

The heretical Protestants also fail to honour Our Lady at all and don’t realize her role in the mystery of divine Providence. The Elder however told me something very important: the Mother of God possessed all the virtues, every single one, (to the highest degree, of course), but above all she has the grace of humility. Indeed, the fact that she was exceedingly humble is directly linked to the mystery of divine Providence. This is also the reason why she never meddled in the affairs of her Son, even though, as His mother, she could easily have done so. The Elder also told me that, at the Annunciation, Our Lady was informed that she would bear God Himself. This makes her virtue truly splendid and totally unique by any human standard. We’re all more or less afraid that maybe every little thing we say or do might sadden God, we feel awe, we can’t bear to raise our mind towards Heaven for very long, whereas she could ‘bear’, so to speak, the knowledge that the little child asking her permission for every single little thing, out of obedience, was God Himself! What a great mystery!

As for the Eucharist, the Elder explained to me that no other human act, not even the most holy prayer of the greatest ascetic, can replace it. I asked the Elder which is greater, the Eucharist or the Jesus prayer, and he told me ‘Not even the Jesus prayer can take the place of the Holy Liturgy’. The Eucharist, to be exact, is not simply a prayer, but the source of prayer and of our sanctification. Besides, as an ascetic on the Holy Mountain and friend of the Elder once explained to me, the Jesus prayer itself also needs nourishment. Its nourishment is of course, apart from the holy sacraments, the Holy Bible. For example, he added, the words of Christ ‘I am the truth’ or ‘I am the true light’ are so wonderful, so powerful, we might even say so omnipotent, that they breathe life into our spirit and provide it with power at the time of prayer.

The Elder insisted that we must definitely go to the Holy Liturgy every Sunday, because: a) we truly meet Christ – and in fact we meet Him suffering, crucified and risen; b) we pray, and the Holy Liturgy is, as we said, the highest form of prayer; and c) there is a kind of light in the Holy Liturgy (obviously the Elder must mean Uncreated), which on the one hand only the Saints can actually see with their eyes, but, even if we aren’t in a position to take communion, this light enters into the faithful and fills us with strength.

I’ll stop here, without mentioning the many other great things that I’ve witnessed with my own eyes, by simply saying that the Elder, with this light ever-present in his heart, continued to be truly a ‘preacher of humility’. I think that, above all else, this is the most fitting description of his whole work.