‘For whereas there is among you envying, and strife, and divisions, are ye not carnal, and walk as men? For while one saith, I am of Paul; and another, I am of Apollos [I am Russian, I am Romanian]; are ye not carnal?’ (1 Cor. 3:3-4). To be nationalistic means to be carnal. In fact anything that we prefer to Christ makes us carnal. When there are quarrels and jealousies and divisions, we are carnal. We are of the flesh not only when we serve the passion of dishonour, but when we serve any passion. In one of his sermons, Saint Philaret was ready to sing a song of praise and gratitude to the place where he was born, but immediately his heart stopped him and he said, ‘I hear another voice in my heart, which says “He that loves father or mother or country more than Me, is not worthy of Me” (Matt. 10:37).’ Therefore, when we love our nations more than the Church, more than God, we are carnal. However, to be antinationalistic, to be against one particular nation is even worse. Nationalism is at least natural to fallen people who struggle for survival. It is not blessed, but we could say that there is some kind of excuse, because they do not know anything else. It is the same when we love our life and struggle for survival for fear of death, and in that fear of death we sin, says Saint Paul (Rom. 5:12), because we become selfish and capable of any crime in order to survive. If we are really spiritual, we simply surrender. The Lord says that it is better to be killed than to kill (see Matt. 5:38-39). 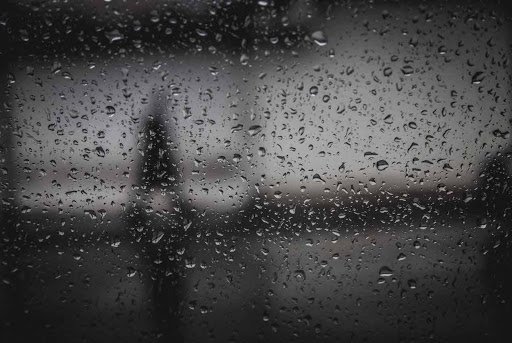 Saint Paul says that in the fear of death, all sinned. What does it mean? When sin occurred, people became mortal, they were condemned to death and because of this fear of death, they started becoming selfish and committing crimes in order to survive. And this fear of death made sin reign everywhere: ‘Wherefore, as by one man sin entered into the world, and death by sin; and so death passed upon all men, for that all have sinned’ (Rom. 5,12). The trouble is that the translations are not correct: «… καὶ οὕτως εἰς πάντας ἀνθρώπους ὁ θάνατος διῆλθεν, ἐφ’ ᾧ πάντες ἥμαρτον». «ΕΦ’ Ω [ΤΩ ΘΑΝΑΤΩ] πάντες ἥμαρτον» was wrongly translated in the West ‘because all sinned’. In Greek it is clear: ‘All sinned BECAUSE OF THE FEAR OF DEATH.’ If you read the commentary of Saint John Chrysostom, he explains it correctly. Professor John Romanides proved in his thesis that this inaccuracy led to error and even heresy the whole of the West. His was a revolutionary, fascinating thesis, the best that appeared in the University of Athens after the second World War, they said.

Saint John says in his Gospel: ‘But as many as received him, to them gave he power to become the sons of God, even to them that believe on his name, which were born, not of blood, nor of the will of the flesh, nor of the will of man, but of God’ (John 1:12). That is to say, people who are regenerated by the word of God receive the grace of adoption and thus become the children of the new Adam, the children He has purchased with His holy Blood saying, ‘Behold I and the children which God hath given me’ (Heb. 2:13). Such souls become a new creature (Gal. 6:15) and participate in the true universality of Christ living above every nation. Rather, they become the ‘chosen generation, the royal priesthood, the holy nation, the peculiar people’ of God (cf. 1 Pet. 2:9). In conclusion, we can discern three states. A supernatural state is given to those who are regenerated and participate in the universality of Christ, becoming the one and only nation of God. The natural state belongs to the fallen world, to those who are attached to their little life and the world around them, and become nationalistic. And then there is the other state which is even against nature: to hate one particular nation, that is to be antinationalistic.

Part II Despondency, Prayer
On the Holy Mountain the Fathers say that monks in ακηδία (lack of care for salvation, despondency) can move mountains. Saint John of the Ladder also speaks about this. They can become very industrious, they have different machines: one makes socks, another one hats, belts, even chalices, all sorts of things. When we work in the monastery, however, it is a sign that we are not in despondency, because we work in obedience. Actually, the best way of overcoming despondency is through obedience. The obedient monk is never despondent, because obedience brings humility, humility brings grace and grace performs the work of salvation. It is not us who labour, it is the grace of God that labours for us, says Saint Paul (1 Cor.15:10). Therefore, one thing is surely more than anything else a remedy against despondency, and that is obedience. Whatever work we do can be either out of despondency or out of obedience. It depends. If a hermit went to the desert with a blessing and he is a true hesychast, then his work will also be sanctified. If, however, he went without a blessing and he does not have the right inspiration for hesychastic life, Fr Sophrony said that such a monk will not know what to do in the desert.

In fact, those who prosper in the desert and are those who excelled in obedience in the coenobitic life first. In the desert such monks are able to turn the spark into flame. Fr Sophrony had this fire already in the Monastery of Saint Panteleimon: after he finished his chores, after the service, he would go to his room and close the door without even looking behind, and he would immediately fall on his face on the floor. He would pray there until he was exhausted and only after he would probably seek to read a passage from the Gospel or something else. When he went to the desert he became ‘worse’: sometimes for weeks he would not look through the hole of the cave to see whether it was day or night. He was on the floor, praying day and night and, when he was exhausted, he would take a sleep for a couple of hours and then continue in the same place. When man lives in such a way, the heat of that activity changes his constitution. Man is no longer a psyche, he becomes spiritual.

Fr Sophrony said that one way of starting the prayer is to bring present to God what you feel at that moment. Saint art speaking to Him about the problem you have. Sometimes, he said, this can become the beginning of a great prayer, especially when you are fighting against the passions. The best way of dealing with them is to bring your mind to the heart and say, ‘Lord, You see.’ As soon as you say that you begin to enter light. ‘Lord, You see my misery. I do not want these thoughts. Please, come to my help.’ And the thoughts disappear. Just bring your mind to your heart, confess from your heart to the Lord the misery in which you are and call Him to come to your help, adding ‘although I am unworthy’. Always with humility. The more we humble ourselves, the more efficacious the prayer becomes. Especially when we try to keep vigilance and guard our mind from thoughts, when we say ‘Lord, You see,’ it is like taking the thought of the enemy by the ear and bringing it in the light. Then of course it cannot bear the light and it disappears. Do not be afraid, just bring your mind to your heart and disengage from everything, saying this little prayer. Let us see if there is anything left after that. You do not even have to be quick, you only have to disengage. Simply concentrate in the heart, even in the place of your physical heart, which coincides with the spiritual heart, as far as ‘geography’ is concerned.

Question: Once you spoke about ‘hot tears of blood’, and it reminded me of how you admired the holy monks who live all their life in the furnace of repentance more than the martyrs.
Answer: The holy Fathers say that those who have kept spiritual weeping in their life, will walk into the Kingdom even before the martyrs, so much God appreciates tears. And it must be true, because we read in the Book of the Revelation that the last most kind gesture of the Lord is to wipe the tears from the eyes of His elect (see Rev. 7:17, 21:4). What a fantastic gesture, the Creator of heaven and earth to deal so tenderly with each one of His creatures! In another place we read something slightly different, that the prayers of the saints, which were sent up in the grace of the Holy Spirit, that is, with contrition and tears, are kept in ‘vials’ and will be released to come out as incense before God on the last day.

Question: Does self-hatred come from blessed despair?
Answer: Blessed despair helps, but self-hatred comes from true self-renunciation. In fact, it comes from love for God, because when we experience the beauty of love for God, then we curse anything contrary to it, even ourselves. We are dominated by only one thought: that we are unworthy to have such a God as Christ is, as He revealed Himself in His love. In the man who follows Christ, love for God to the end becomes love unto self-hatred. There is a moment when things flip over just like that. Once, Fr Sophrony was explaining Saint Silouan’s words, ‘The humility of Christ is indescribable.’ I was very young and I said to Fr Sophrony: ‘Father, explain to me. How is this humility indescribable? I cannot understand it with my reason.’ He answered: ‘Spiritual humility is to know that we are unworthy to have a God as Christ is.’ Sometimes, Fr Sophrony would condescend and speak in very simple terms, if I did not understand. When one knows the reality he is trying to explain and bears the experience of it, the explanation comes out easily and even in simple words. Some writers are very successful, because they have a passion, and that passion is clothed with words. It depends on what passion the writer has.