Saint Silouan says that he never found an Elder that reached the measure of his father, who was so kind-hearted. He desired a meek Elder, not a fearful one with a mighty hand. Before he met Saint Silouan, Father Sophrony had cried burning tears asking for an Elder that could understand the need of his mind and heart. He himself had a tender attitude and never had to offend people that approached him, but when he perceived pride, he could be stern. Many Elders are meek and kind-hearted, but people do not understand and mistake it for weakness. They do not reckon with it and they prefer other ‘mighty’ Elders, because they do not have the discernment to see what is behind that meekness. Spiritual people never argue and never fight back, they only humble themselves. We look for strong and powerful Elders, because we are people that admire power. This is the logic of the world. However, it is a well-known thing that power corrupts. When people receive power, they deteriorate. The only way to fulfil an obedience of great responsibility is to show an example of humility. 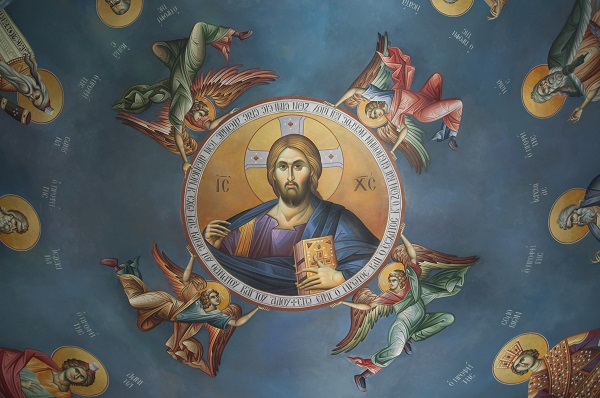 The monastery must be charismatically theocratic, not just theocratic. Christ came to save us not by force, but by giving us an example: ‘When I be lifted up, I will draw all men unto me’ (John 12:32). Although we are His useless creatures, He strives to win His battle by giving an example of humility and love, so as not to impose on us, but only attract us. The tragedy of man is that this God cannot mingle with impurity or darkness. He is holy and dwells in the light, and this is where we stumble, because we must become like unto Him in a certain measure if we are to live with Him. Christ never imposes Himself, but neither does He compromise His nature, which is holiness and truth and light. ‘In him was life; and the life was the light of men’ (John 1:4). This is where our judgment lies, because ‘what communion hath light with darkness?’ (2 Cor. 6:14). We become incompatible with God when we are not holy, when we are not luminous. If we live in darkness and impurity, we are estranged and we will condemn ourselves to eternal oblivion, which is another description of hell.

If the charismatic institution is kept properly, God will defend it. Father Sophrony told us that at Saint Panteleimon God defended and helped Hegoumen Missail so much, that it was not Missail who was obedient to God, but God was obedient to Missail. When he was made an Hegoumen, He became clairvoyant and he was very exact in his monastic vision. This theocratic institution of monastic life is so holy, that God will defend it utterly, by defending the one who is in charge of coordinating this body. That is why it is so grievous to sin against the Hegoumen. Many times I saw in the life of the Church, that in this world God will always defend the Bishop, the Hegoumen or the priest, even when they are not spotless. That does not mean that they are saved; their true judgment will come later. In this life, however, God will defend them for the sake of the Church, because He wants so much to preserve this Body. Anything the Hegoumen or a simple monk does in order to preserve the body by contributing to the work of the monastery, has such a great value and reward, because God wants to preserve and defend this institution which is a place where His holy Name is truly worshipped. In this world God may defend us priests, but it does not mean that we will receive amnesty in the next.

Question: What could help to increase God’s good pleasure to defend us?

Archim. Zacharias: Towards the end of his life, Father Sophrony was most mindful to encourage us to do everything to keep the unity of the monastery and the bond of brotherly love between the brethren. It makes sense: even Saint Paul says that we become rich unto salvation when we are in this unity of this body, that we cannot know ‘the breadth, and length, and depth, and height of the love of Christ, but only together with the body, with all the saints’ (Eph. 3:18). ‘All the saints’ are the people of God in this place, our brethren. By keeping this brotherhood united, by doing everything to eliminate scandals and tensions, we secure this possibility to know the fulness of the love of Christ with all the saints, that is, with all the elect of God in this place and all the saints that accompany Christ Who is amongst us when we gather in His Name.

Question: Is it obedience that unites us to the body?

Archim. Zacharias: Obedience and brotherly love. We should not be abrupt with one another. We do not have to be sentimental or ‘jolly nice’, we only need to be humble, sincere and have a true loving disposition. Something else that helps is to pray for one another. The Hegoumen is above all the centre of the life of the monastery by appointment of the Church and by the election by the brotherhood. He received the function to be responsible to coordinate life and we all refer to him in order to keep unity. However, each one of us is also a centre of unity of the community in a mystical way, that is, in the Holy Spirit, if all the brethren are found in our heart. Each one of us contributes to unity by praying for all the others by name and by performing the tasks for which he has been appointed with a good conscience.

Question: Why is it so important to do everything with a blessing?

Archim. Zacharias: In the monastery everything should be done in the name of God, that is to say according to the will of God, and the person who expresses the will of God for the general life is the Hegoumen. We always ask for his blessing and we refer everything to him because we want to be in accordance with this good pleasure of God.