Indifference to those who are Sinning is a Sin in Itself

Should we not care about those who are sinning? The answer given by Saint Basil the Great is negative, since he says that we shouldn’t be indifferent to our fellow human beings who are sinning. He bases his opinion on Holy Scripture. Saint Basil says that the Lord has given a clear commandment, both in the Old and New testaments regarding this matter.

Indeed, in Leviticus, the Lord commands: ‘Rebuke your neighbor frankly, so that you do not share in their guilt’ (19, 17). And, again, in the Gospel, the Lord commands: If your relative sins, go and point out their fault, just between the two of you. If they listen to you, you have won them over. But if they will not listen, take one or two others along, so that ‘every matter may be established by the testimony of two or three witnesses.’ If they still refuse to listen, tell it to the congregation; and if they refuse to listen even to the congregation, treat them as you would a pagan or a tax collector (Matth. 18, 15-17). 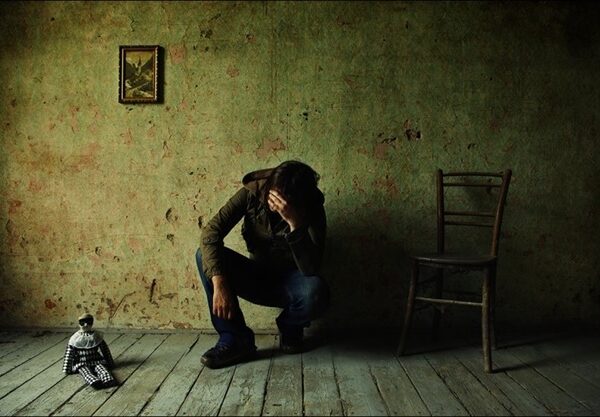 It’s therefore clear from these Scriptural passages that not only should we not be indifferent to those who are sinning, but that we should also rebuke them. But why? Because otherwise they’ll sin, and those Christians who fail to chastise them in Christ will be punished. This view of Saint Basil’s is supported by Holy Writ, which declares that those who fail to rebuke those who are sinning (naturally, with love and meekness) should learn from the answer of the Lord, which is of a general nature and according to which ‘those who reject the Son will not see life, for God’s wrath remains on them’ (Jn. 3, 36).
We can also understand this from stories referred to in the Old and New Testaments. Saint Basil goes on to quote first the case of Achan[1] who stole things from plunder. The Lord punished the whole of the people of Israel, even though they didn’t know either that Achan had sinned or what he’d done, until he confessed it.

After the case of Achan, Saint Basil mentions that of the priest Eli. Eli was uneasy about his sons, often admonished them and said: ‘No, my sons; the report I hear spreading among the Lord’s people is not good’ (I Kings[I Samuel] 2, 24). Even though he spoke about the irrationality of their behavior and their certain punishment, he still didn’t actually punish them. He didn’t show the proper zeal towards them that he should have, and this angered the Lord to such an extent that he destroyed the people, together with Eli’s sons. A foreign nation even took the Ark of the Covenant from them [2] and Eli himself met an ignominious death [3].

After mentioning these two characteristic examples, Basil the Great draws the conclusion: if the wrath of God was expressed so terribly against all those who didn’t concur with those who were sinning, and against those who tried to prevent the sin and protested against it, what can you say about those who know about the sinners and what they’re doing and remain indifferent to them? They’ll certainly be punished more severely for their negligence. Regarding these indifferent Christians, Saint Pauls’ words to the Corinthians hold true: ‘Shouldn’t you rather have gone into mourning and have put out of your fellowship the man who has been doing this?’ (I Cor. 5, 2). The same is also true about what Saint Paul later wrote to the Corinthians who were interested in this man who was sinning: ‘See what this godly sorrow has produced in you: what earnestness, what eagerness to clear yourselves, what indignation, what alarm, what longing, what concern, what readiness to see justice done. At every point you have proved yourselves to be innocent in this matter. So even though I wrote to you, it was neither on account of the one who did the wrong nor on account of the injured party, but rather that before God you could see for yourselves how devoted to us you are’ (2 Cor. 7, 11-12).

Another Father of the Holy Church, Saint John Chrysostom, sees the matter from a different perspective, very human but also ecclesiological: that is, from the point of view of expressing love towards those who are sinning and towards the Lord Jesus.

Saint John says that indifference towards those who are sinning shows that we don’t love them and that we don’t even love the body of the Church, of which those sinners are also members. He advises that we show interest in our brothers and sisters who have sinned, and we should rebuke them, but with great calmness and prudence, not with anger.

We shouldn’t say that we’re not concerned with what other people are doing because they themselves will bear the burden of their own sins (Gal. 6, 5). We’re also guilty because, although we saw them going astray, we didn’t bring them back onto the right path. If, according to Mosaic Law, we shouldn’t be indifferent even to a beast belonging to our enemy, how then will God forgive us if we’re unconcerned, not about an animal, nor about the soul of an enemy which is being lost, but about the soul of a friend (and our brother or sister in Christ?).

So we shouldn’t offer Cain’s excuse, who asked God if he was his brother’s keeper (Gen. 4, 9), and therefore be indifferent to those who are sinning. Saint John Chrysostom considers this excuse to be not only completely unacceptable, but also inhuman and anti-ecclesiastical, which is why he emphasizes: ‘From this arise all evils: from the fact that we think that what belongs to our own body is actually foreign to us’. He goes on to say: ‘So don’t become inhuman, unfeeling or uncaring. Because the words you speak reveal great callousness and indifference. This is shown by the following. When a part of your body is suffering from some sickness or other, why don’t you say then that it’s of no concern to you? Why don’t you say “It seems that it’ll recover given proper care and attention”? [Not only do you not say that] but you do whatever you can, even if it does no good at all, to avoid blaming yourself for not doing everything in your power. So, we’re going to take such great care of the members of our body, but neglect the members of Christ? How can we be forgiven for a sin such as that?

Because if I don’t melt your callous indifference by telling you to take care of this sick member of your body (your brother or sister who’s sinning), then I’ll remind you of the body of Christ, so that you’ll at least become better through fear. How is it possible that you see the rotting flesh of Christ (the sinners, in other words) and are still unconcerned? If you had a servant or a donkey whose flesh was rotting, you wouldn’t countenance overlooking them. Yet you see the body of Christ covered in scabies and you pass by without concern. Don’t you think you deserve to be struck by lightning a thousand times for what you’re doing (for your lack of interest in your brothers and sisters who are sinning)?

And the saint concludes in frustration: ‘This is why everything’s upside down, because of this indifference and our inhumanity’.

[1] Then Joshua said to Achan, “My son, give glory to the Lord, the God of Israel, and honor him. Tell me what you have done; do not hide it from me.”
20 Achan replied, “It is true! I have sinned against the Lord, the God of Israel. This is what I have done: 21 When I saw in the plunder a beautiful robe from Babylonia, two hundred shekels of silver and a bar of gold weighing fifty shekels, I coveted them and took them. They are hidden in the ground inside my tent, with the silver underneath.”
22 So Joshua sent messengers, and they ran to the tent, and there it was, hidden in his tent, with the silver underneath. 23 They took the things from the tent, brought them to Joshua and all the Israelites and spread them out before the Lord.
24 Then Joshua, together with all Israel, took Achan son of Zerah, the silver, the robe, the gold bar, his sons and daughters, his cattle, donkeys and sheep, his tent and all that he had, to the Valley of Achor. 25 Joshua said, “Why have you brought this trouble on us? The Lord will bring trouble on you today.”
Then all Israel stoned him, and after they had stoned the rest, they burned them. 26 Over Achan they heaped up a large pile of rocks, which remains to this day. Then the Lord turned from his fierce anger. Therefore that place has been called the Valley of Achor ever since (Josh. 7).
[2] So the Philistines fought, and the Israelites were defeated and every man fled to his tent. The slaughter was very great; Israel lost thirty thousand foot soldiers. 11 The ark of God was captured, and Eli’s two sons, Hophni and Phinehas, died. (I Kings [Sam.], 4, 10-11).
[3] ‘When he mentioned the ark of God, Eli fell backward off his chair by the side of the gate. His neck was broken and he died, for he was an old man, and he was heavy. I Kings [Sam], 4, 18).