Obedience as the Path to Freedom (1)

In the beginning, God made Adam and Eve free. They could accept His love or reject it; they could make good use of the freedom or misuse it.

The commandment not to eat of the tree of the knowledge of good and evil, which was planted in the middle of Paradise, gave them this opportunity. According to Saint John Chrysostom, the knowledge of good was obedience and the knowledge of evil was disobedience. Observance of the commandment, obedience, would have helped our first ancestors to practice the good use of freedom, to become accustomed to it and to be confirmed in it. They would have directed their freedom permanently towards God and made their will identical to that of the Creator. In this way, they’d have achieved union with God, deification. They’d have been able to eat of the tree of life, that is, would have become immortal by grace. Freedom was a divine gift, which, however, they had to preserve and increase through their own cooperation. This is why the commandment was given. 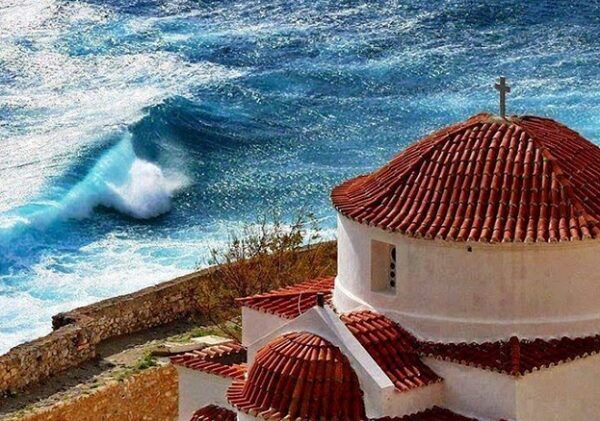 An ancient interpreter says that God gave Adam and Eve three kinds of tree: ordinary ones, to ensure their physical survival; that of the knowledge of good and evil, to ensure their well-being; and that of life, to ensure that they would have eternal life. In other words, He gave them material goods, and He also gave them freedom, which is reinforced with the practice of obedience and love. And, in the end, with eternal life, that is divine life. Adam and Eve would have received these gifts gradually and by progressing ever higher, depending on their own will and ability to participate. The disobedience of our first ancestors, however, killed this opportunity to partake in the higher gifts of God. They were exiled to the wilderness of non-communication with God. A soul which is no longer nourished by God seeks nourishment from material goods in a spiteful and fatal manner.

The substitution of theocentric life with an egocentric one overturns the order of creation. People change the center of the world. This is followed by a fracturing and disordering of the world and the functions of life. The nous is clouded. The will sickens. The heart becomes malicious. In this way, the likeness of God is tarnished and the final outcome is death. Disobedience didn’t lead to our deification, as the first-created thought it would, having been seduced by the devil, but to our mortification.

The Orthodox view of the human being analyzes the drama of our disobedience, our fall and our exile from the Kingdom of Divine Love. Together with Eve, the first Adam brought disobedience and death into the world by misusing the gift of freedom. The forebears left their sin as a legacy to the human race, as a state of sickness in human nature, a condition of egotism and estrangement from God. According to Saint Cyril of Alexandria: ‘Nature therefore suffered sin through the disobedience of one person, that is Adam; in this way many were made sinners, not through having transgressed with Adam, since they were not even there, but as sharing in his nature…’.

Naturally, there was no lack of righteous people who made good use of freedom, directing it towards God, but they were unable to achieve deification, since human nature had sickened unto death and couldn’t, of itself, either find health or be glorified. These righteous people were the branches of a blessed tree. At the very tip of its uppermost and most exquisite branch, Mary the All-Pure, there blossomed the flower which suffused the whole world with its fragrance, the Lord, Jesus Christ. ‘The staff from the root of Jesse and the blossom of this, Christ, you sprang from the Virgin’. The Virgin was completely obedient to God. She gave Him all her freedom, as an offering of perfect love and trust: ‘Behold, the handmaiden of the Lord. May it be unto me in accordance with your word’ (Luke 1, 38). In this way the disobedience of our first mother, Eve, was rectified. It was Eve who first said ‘No’ to the love of God and His desire for human beings to be deified. The Virgin was the first to say ‘Yes’. The Merciful Lord waited for this ‘Yes’ as an eschewal of our freedom, in order that ‘the whole race of Adam’ might be made incarnate and rise from the dead.

Jesus Christ, the new Adam, rectifies the disobedience of the first Adam through His perfect submission to the will of the heavenly Father: My father, if it be possible, let this cup pass from me; nevertheless, not as I wish, but as you do’ (Matth. 26, 39). He thus became ‘obedient unto death, indeed death on the cross’ (Phil. 2, 8). The Fathers say ‘Obedience life; disobedience death’. Christ’s obedience became life for the whole world. ‘Like Adam, He underwent death, and thus did the Savior, through obedience, put death to death’ (Saint Thalassios).