Monasteries and kellia had asked to be allowed to look after Elder Filaret [a Romanian Athonite monk (1892-1975)] and his almost paralyzed disciple, Father Bartolomeu, in their old age, but they wouldn’t go.

It seems to me that they’d probably had so many divine experiences in that kelli of theirs that they didn’t have the heart to leave that holy place. Nor would they have wished to be a burden to others, so noble were their souls.

One day, then, when I was going to visit them again, as I drew near to the Elder Filaret’s kelli I smelt an ineffable fragrance. 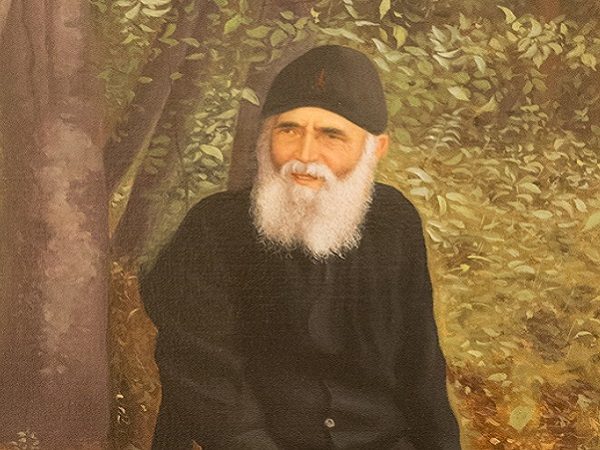 And when I opened the door the fragrance became even more powerful. But what did I see?

The poor Elder was lying flat out on the floor, trapped so that he couldn’t get up and could hardly breathe. I helped him up and he gradually started breathing again. He gestured me to cover him.

He was pale and very cold.

And although normally the floor and the Elder himself should have been stinking from the fluid that was seeping from his legs the whole time, in fact, because he had a fragrant soul, the whole atmosphere smelled sweet.

When I saw him in this state, I asked Father Bartolomeu if I could stay in the kelli in order to help them, but he wouldn’t let me.

He told me to come back the next day, so I had to go back to my own kelli [the kelli of the Precious Cross, belonging to the Holy Monastery of Stavronikita].

But what should happen that night? While I was saying a komboskini at the Midnight Office, I saw Elder Filaret with a shining face, aged about twelve, departing for the heavens in a celestial light.

I realized from this that his purified soul had gone to its rest in the Lord.