Sister Agathoniki: A Turkish Girl who Became a Christian

The case of Sister Agathoniki is a wonderful example of God’s providence, in that He chose her from the ranks of the Ottoman Turks and directed her towards becoming His bride. Sister Agathoniki Karazepouni came from the depths of Asia Minor. Her Muslim name was Aly Moula and her father was a hodja [‘priest’/schoolmaster/ counsellor]. He was very wise and experienced, and so many people came to him to ask for his valuable advice. He used to say: ‘One of my children will betray our religion and will become a giaour’ [Turkish: gâvur, an infidel, particularly a Christian]. 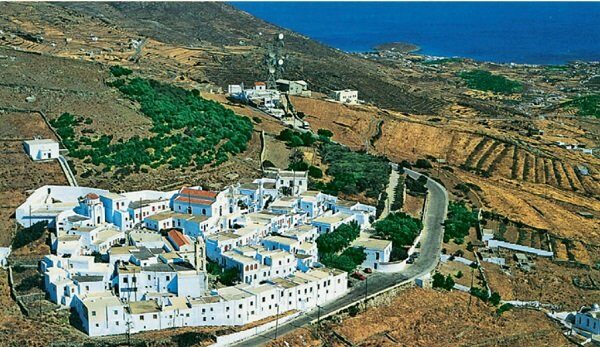 The child grew and was distinguished for her modesty and generosity of spirit. She liked Christians particularly and she felt something drawing her to them.

The opportunity to cut herself off from her family came at the time when the Greeks of Asia Minor were uprooted after the events of 1922.

She was a little girl, nine years old, when she left her father’s house and followed the persecuted Christians. She also stitched a roll of coins into the hem of her skirt so that she wouldn’t be penniless.

At the port, an unpleasant surprise awaited her: her brother-in-law, who was a judge, was there on the pier with other Turks, watching the Christians who were being forced to leave their hereditary lands like animals. In order to escape his scrutiny, little Aly hid below the billowing skirts of a rotund Christian lady and was thus able to board the boat unnoticed. The boat arrived at Mytilini and she lived with a number of Christian families for six months. From there she went to another family in Serres, thence to Kavala and ended up in Drama. Because she was such a good, obedient and willing child, she was much loved by the Christians, who treated her as one of their own.

On one occasion, there was a service of blessing the holy oil in the house where she was living at the time. She heard the priest saying that the contents of the icon-lamp shouldn’t be thrown out, so she took it and swallowed everything: the oil, the wine, the wick-holder and the wick itself. That night she saw Saint John the Baptist in her sleep and he told her: ‘You did well, child, but unless you’re baptized it won’t do you any good’.

From then on, her desire to be baptized grew apace and by the day. Nobody helped her to do so, however, for fear of reprisals from other Turks if the fact became known. In the end, she was, in fact baptized somewhere near Kavala and received the name Sophia.

The years went by and the little girl became a beautiful young woman, who wanted to devote herself entirely to Christ, though she knew nothing of monasticism. She learned from other people about the island of Tinos and set out on a pilgrimage to go there (having previously had a vision of Our Lady calling upon her to do so).

She spent six months there and slept in the courtyard of the Evangelistria*. Her hardships moved Pandelis Filipousis, the Icon-Keeper of the holy shrine to the extent that, apart from what she needed in terms of food and shelter, he also provided her with a refuge. He protected her, partly because he had a family chapel on his land dedicated to Saint Sophia.
Her protector and the priest Fr. Stylianos Kornaros, together with the latter’s father, took her to [the Monastery of] Kekhrovouni. It was then the autumn of 1938 and Sophia was 25 years old.

The abbess, Theofano Vidali, was delighted to see the young woman, but refused to keep her. She was afraid that her family might be looking for her and would destroy the monastery.

She told her to go back to the Evangelistria. In the end, however, in the face of the young woman’s zeal, she relented and made her obedient to a blind senior nun, Elisavet Karazepouni, from Castellorizo. Because of her affliction and because her disciple Kassiani was bed-ridden, she went down to the Evangelistria with a muleteer and two of his animals to bring Sophia back up to the monastery. Sister Elisavet was delighted to make her a novice and entered her as a sister in the register of the monastery with her own surname, Karazepouni. 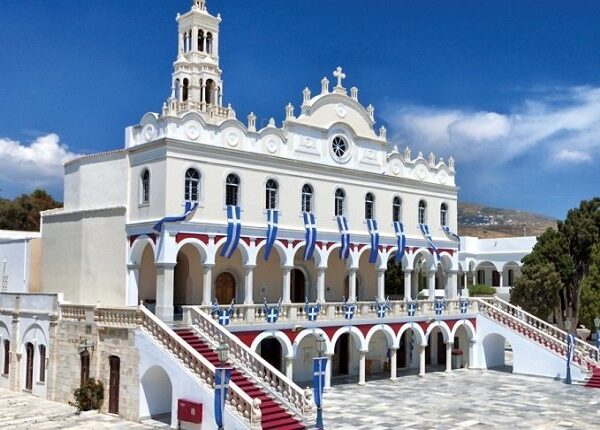 She was made a nun of the great habit in 1942, by Metropolitan Filaretos of Syros-Tinos. Because of the German Occupation, those were hard time, and all they had to offer by way of a treat on the occasion of her tonsure were grapes.

Sister Agathoniki never spoke Turkish and never mentioned her religion or personal details. It was enough for her that she’d been accepted as a Christian.

She prayed a lot with the komboskini, since she didn’t know how to read. After the death of Sister Elisavet, Sister Sophia went round the cells and asked the nuns to read to her the Lives of the Saints and Patristic texts. Her soul thirsted to hear about the life and achievements of the saints. Since she couldn’t read, she obviously couldn’t write, either, and would scratch a cross instead of her signature.

She fasted a great deal. During fasts she ate only dried bread (rusks) and only on weekends would she have a couple of little flatbreads and greens. She lived in absolute poverty and had no possessions. She didn’t have a handicraft, but offered her auxiliary services. She would collect the threads for weaving and grind the coffee. Wherever help was needed, she was prepared to provide it. Apart from Sister Elisavet, she also looked after the aged Sister Kassiani.

In 1980, on the feast of the Archangel Michael and all the Heavenly Powers, she suffered a stroke and then fell asleep in the Lord some months later, on 28 March, 1981.

She was very simple, restrained and much-loved. The other nuns all speak well of her and ask for her prayers.

If you go outside the walls of the monastery, to the church of All Saints, in the cemetery, you’ll see the following on the box containing her bones:

†
The bones of Sister Agathoniki Karapezouni.
She was an Ottoman by birth,
and baptized by divine revelation.
Having lived as a God-pleasing nun,
she went to her rest in the Lord on 28/3/1981.
‘I look for the resurrection of the dead
and life in the age to come’.

* The main church on the island, dedicated to the Annunciation, though the greatest celebration is on the Dormition. It is perhaps the most important pilgrimage site in Greece and is built around the spot where the Mother of God told the nun Pelagia where a famous wonder-working icon of Our Lady was buried [WJL].