Holiness, an Other Proposal for Life and Witness in the World

The times we live in are often said to be a secularized era, spiritually devoid of the presence of God. This is not because God is absent, but because people leave Him out of their life, often, alas, deliberately. This is because, when we choose to tread the path against God rather than to walk alongside Him, His presence in our life becomes a rebuke. As a result, we aren’t able to rest in the arms of God, but, like a spoiled child, we try to wrestle out of them in order to show that we don’t need Him, because His love is deemed to be a shackle and the opposite of the license which denial of Him brings.

Even though everything around us declares and bears witness to Christ, we prefer to stop our ears, turn away our eyes and, in the end, choose a life bereft of God’s presence. This is because sin is presented initially as being sweet, as satisfying our ego, but thereafter it leaves us empty and alone, cut off from God and our neighbor. On the other hand, however, God’s presence in our life is difficult, though not unattainable. It calls upon us to rein in our ego, to prioritize the group as a whole in a society of persons where individuals strive not to satisfy their egotism but to contribute to the good of others, even if this requires sacrifice itself in order to succeed. 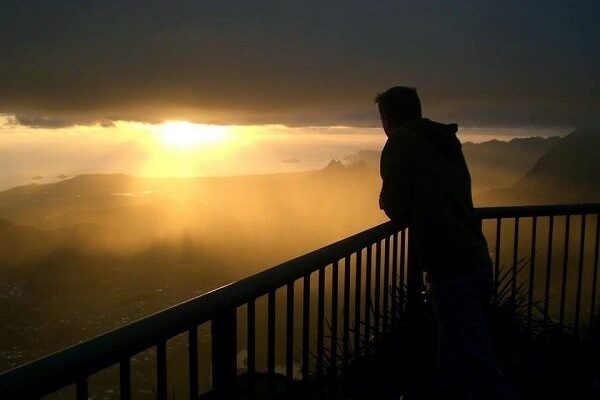 People are weak, not by nature but because of their fractured relationship with God and their leaning towards sin after the Fall, and they need models capable of waking them up and helping them on the path towards perfection in Christ. These days we’re inundated with images of models who aren’t worth imitating and would actually be better avoided. Unfortunately, they’re deliberately promoted on all sides, because they produce docile creatures, obedient people who are in thrall to the passions. It’s rare to come across models who promote the gentle nobility of antiquity. Even rarer are models who lead us to the transcendence and perfection of ourselves within the Church of Christ, that is, holiness; models who can bring us towards perfection, to our completion in Christ.

In an age which is spiritually empty, if not dead, the words of Saint Peter, ‘Become holy’, continue to ring out, splitting the muted air and disturbing the deathly quiet of the modern world. The Church’s mission in the world is to unveil the Gospel, to tell the world of God’s love for us and ours for Him. It interacts with people in every era, putting forward its own proposal. Yesterday, today and tomorrow, the Church shines the spotlight on its own models of daily witness to Christ, models full of love for and interest in others, models who sacrifice themselves for the love of Christ and of others.

Every day it reminds us of the saints who were interested in those who were suffering, who aided those who were starving, who prayed for those who were untimely lost, who strove for God’s justice, who brought joy to the sick, who shared the pain of others in order to assuage their sorrows, who became companions on the path of others. These are models who show that another way of life is feasible, other than that promoted by society. That is the life in Christ, which renews us. It doesn’t merely restore us to our state before the Fall, but even transcends that paradise, making us into Christ by our deification through Grace.

Where are we to find such models today? All you need to do is to turn your eyes to the walls of a church or look through the daily Lives of the Saints and you’ll see people as mortal as you are who saw sin, tasted it in the darkness, but turned away when they saw and tasted the Light. They then worked hard to maintain the light of Christ alive and burning within themselves and were then able to pass it on to others.

Certain other events made me think recently about the phrase from Herodotus regarding what it is that makes a nation. The father of history says it is having the same blood, the same language, the same religion and the same patterns of behavior. Perhaps this is what human society needs today: to redefine the purpose of our existence, but this time giving it a new content. ‘The same blood’ means the blood of Christ, of which we become communicants; ‘the same language’ is the language of the Gospel; ‘the same religion’ is the Church of Christ; and ‘the same patterns of behavior’ is life in Christ. Through its sacramental life, the Church offers us the way and the means of salvation and participation in the life of God through Grace. The experience of the saints is testimony to the salvation of humankind, renewing our life and affecting it directly and definitively through our membership of the Church and of the society in which we live. The saints are the living proof that God manifests Himself to us, that we’re transformed by our communion with God and that this affects every facet of our life. Living and manifesting the life in Christ, the communion of the Holy Spirit, the saints provide us with criteria for living, by which we can tell truth from deception, the important from the insignificant. In this way, they help us to pass through ‘the shadow of death’ without fear.