The Road to the Interior

Gregory of Nyssa has this to say about human nature: ‘But because we are poor in the good, our nature always impels us towards the deficiency, and the appetitive disposition of our nature [i. e. ‘what we desire’] is to seek what is lacking’ (PG, On the Soul and the Resurrection, Migne 49, 92, C).

This brief passage represents a profound diagnosis of our nature. ‘We are poor in good’ isn’t merely a statement of the fact; it also presupposes that we are aware of our ‘poverty’. It also means that ‘the good’ is what gives substance to us as people, that it’s what completes our nature. This is why people, as hunters of the good, always rush towards it. But we always capture it in an incomplete manner. 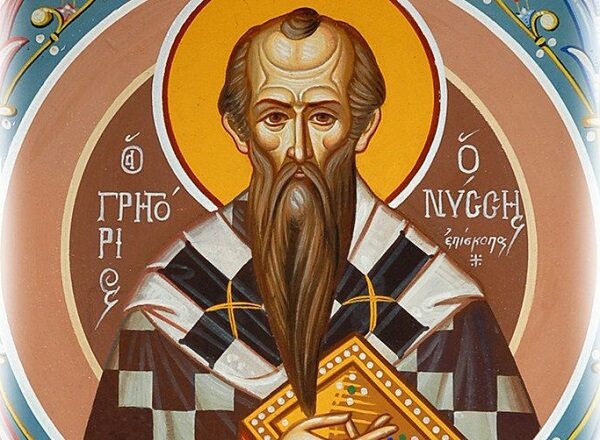 So the path to the satisfaction of our poverty is always interminable; ‘the good’ is always beyond reach for us in its entirety. But our life acquires its true meaning when that which we desire is an inclination towards good, though, at the time we taste it, we also become aware that we’re lacking it.

Here we have a metaphysical foundation of the spiritual nature of human beings. Its root and essence is an inclination towards good. And, because it represents a search for what we’re lacking, this metaphysical foundation is based on the productive sense of our impoverishment. Awareness of our poverty as regards ‘the good’, is the one and only thing which spurs us on to hunt down what’s always lacking. In this way, blessed impoverishment opens the way to glorification. We attempt to become like God Who is, of Himself, all that is beautiful and good.

If we now turn to people today, it’s not difficult to see that they’re entirely taken up with looking into material things, inventing gadgets and finding ways to satisfy their desires. These desires aren’t aimed at ‘the good’, but rather at affluence. People today are typically finer hunters at stalking prosperity. What we lack is a turn towards our inner self, which would bring us to a metaphysical understanding of our nature as one which has a lack of good. In other words, we have a deficiency of the most essential element for the well-being of our spiritual nature. If people today are to escape the quagmire, or rather the chaos, of the nihilism which leads to the facile pursuit of affluence, they’ll have to turn inwards again and discover the metaphysical depth, to find the spur for good, which purifies and saves. That’s when science and technology will be justified, when people will once again experience themselves as a metaphysical awareness, not as propositions in a transcendental argument, as Kant would have us be. The light of our spirituality will shine again within us.

May I be allowed to stress that the most important task of this spirituality must be considered to be philosophy, the disconnection of people from their achievements, making us free and independent of them, making us the determiners of our own spiritual progress. Only then can people begin to conceive the spiritual profundity of their being. This was stated, in his own way, by the great atomic physicist Oppenheimer who said: ‘We don’t need scientists, we need philosophers. Truth belongs to wisdom, not to science’.