The great news which Christianity tells the world every day is that things are judged, as regards their true worth, not by evaluating their external features, but by what they are in essence.

We have to judge things not by their colour or shape but by what they mean. And people should be measured not by their status or wealth, that is, by external appearances, but by their heart, which is where the senses, the intellect and the will are united.

By this measure (which is an entirely new teaching as far as the world is concerned), people who are enslaved in external terms aren’t really slaves at all and those who have external- bodily- freedom aren’t in fact free. The way the world understands these things, a slave is someone who gets very little enjoyment out of his or her circumstances, while those who are free can take great pleasure from the world they live in. 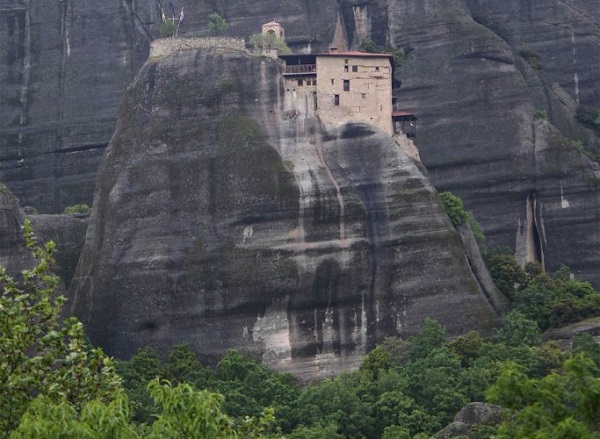 Moreover, according to the way the world sees things, slaves are people who mostly don’t do what they themselves want, but what others tell them to. Free people, on the other hand, do whatever they want and only rarely what others want them to.

If we look at kings on their thrones, we might think: ‘Are any people anywhere in the world more free than they are?’ And yet, some kings were the most despicable and unworthy servants on earth.

Regarding the Christians bound in chains in dungeons, you might think: ‘Are there any slaves more miserable than them anywhere in the world?’ And yet, the Christian martyrs in their prisons felt free and were filled with spiritual joy. They sang psalms and addressed prayers of praise and gratitude to God.

Freedom that’s linked to sorrow, unhappiness, isn’t freedom, but slavery. The only freedom associated with inexpressible joy is freedom in Christ. Indescribable joy: that’s the stamp of real freedom.

Lord Jesus Christ, the only good Lord, You Who grant freedom when we’re made Your prisoners, make us Your servants as quickly as possible, so that we can cease being slaves to unforgiving and unmerciful masters.

For to You belongs all the glory, the honour and the veneration unto the ages. Amen.