The Holy Martyr Ignatios the God-Bearer 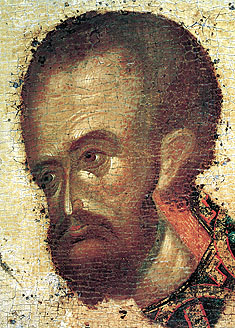 At one time, a terrible war broke out against the Churches and spread all over the world like a most dreadful tyranny, with people being seized from the market place on no other accusation but that they had become free of delusion and had hastened towards piety, that they had departed from the religion of the demons, that they had come to know the true God and worshipped His only-begotten Son. And for what they should have been crowned and admired and honoured, because of them, those who embraced the faith were punished and beset with a host of evils.

This was especially true of those in charge of the Churches. Because the Devil, being evil and terrible in the matter of plotting such ploys, hoped that if he removed the shepherds, it would be that much easier to scatter the flocks. But He Who detects the wise in their cunning, desired to show the Devil that the Churches are not governed by people, but rather that it is He Himself Who is shepherd of all those who believe in Him. He allowed this to happen so that the Devil would see that after the leaders were removed, piety did not decrease, nor did verbal teaching become silent, but rather increased, and so would learn from the works themselves that all of our affairs are not merely human but that the root of our teaching is in the heavens. Also that it is God Who guides the Churches everywhere, and that if you fight against Him, it is not possible for you to emerge victorious. 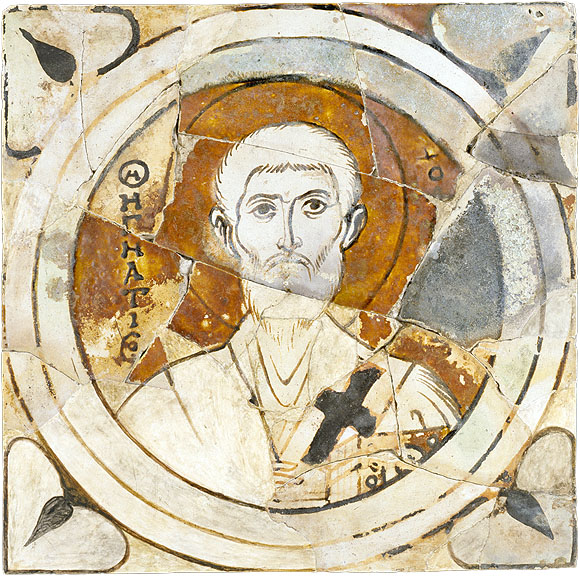 This was not the only evil worked by the Devil; he also added another, no less great. He did not allow the bishops to be slaughtered in the towns where they were overseers, but had them murdered after being taken to a foreign town. He did this so that they would be bereft of friends and also in the hope that the rigours of the journey would render them weaker. This is what he did in the case of this blessed man also. Because from our city [Antioch] he had him hauled off to Rome, taking the longest route, in the hope that the length of the journey and the great number of days would weaken his resolve. What the Devil did not know was that [Ignatios], who had Jesus as companion and fellow-traveller on the long journey, became even stronger, provided greater proof of the power of God that was with him and welded the Churches together even more firmly together. Because people flocked from everywhere to the towns which lay on his route to fortify God’s athlete and sent him off with plenty of supplies, competing with him in prayers and supplications.

And the towns and churches themselves received more than a little comfort, seeing the martyr running towards death with such great willingness, as much as it was natural for anyone who had been invited to the heavenly palace. From his works themselves, that is from his eagerness and great joy, they realized that it was not death towards which he was hastening, but rather some departure, a transposition and an elevation to the heavens. And he taught this in every town he passed through, with his words and deeds. When the Jews had Paul sent to Rome in chains, they thought they were sending him to his death, but in fact he became a teacher to the Jews who were living there. The same thing happened in the case of Ignatios, to a very great extent. Because he became wonderful not only to those who lived in Rome but also in the intervening cities, convincing them to scorn the present life, not to take appearances seriously, to desire the things of the future, to aim at the heavens and not to give any weight to the evils of this present life.

Teaching them this, then, and much else besides, with his own works, and instructing them, he walked as it were like a sun about to rise from the east and hastening to the west, although even more bright than that. Because the sun travels across the sky, shedding perceptible light, whereas Ignatios shone back here below, filling souls with the mental light of his teaching. And, of course, when the sun reaches the western parts, it hides and night falls immediately, while Ignatios, when he reached the parts of the west rose even brighter, since he also benefitted hugely all those he encountered on his journey and, when he reached Rome, he taught the way of devotion there, too.

This is why God permitted him to end his life there, so that his death would be instructive to the inhabitants of the city. By the grace of God you [the people of Antioch] did not need any such proof at that time, because you were already firmly rooted in the faith, but the residents of Rome required a great deal of help, because there was still much impiety there. This is why Peter and Paul, and after them Ignatios, were all sacrificed there. One reason was that, since the city had been defiled by the blood offered to idols, it would be purified by the blood of these martyrs. The other reason was to prove to them in practice the resurrection of the crucified Christ, persuading the inhabitants of Rome that it would not be possible to scorn the present life with such happy abandon unless they were convinced that they would ascend to the crucified Christ and would see him in the heavens.