The October revolution in 1917 had as a consequence one of the greatest intellectual migrations in history. From 1918 to 1923, two millions people were expelled from the country for political and ideological reasons, including a great number of the religious intelligentsia. They settled first in the Orthodox or Slavic countries, and next continued toward western metropoles such as Berlin, Paris, London, or even New York, establishing a structure of ecclesiastical institutions that resembled the previous Russian structure. The settlement in the West forced them to enter in dialogue with the West, and to reconsider their theological views. The religious encounter with the West affected many émigré theologians, and one of them was Georges Florovsky, exiled from Odessa who lived in Sofia, Prague, Paris, Belgrade, New York, Cambridge, MA and Princeton, NJ. 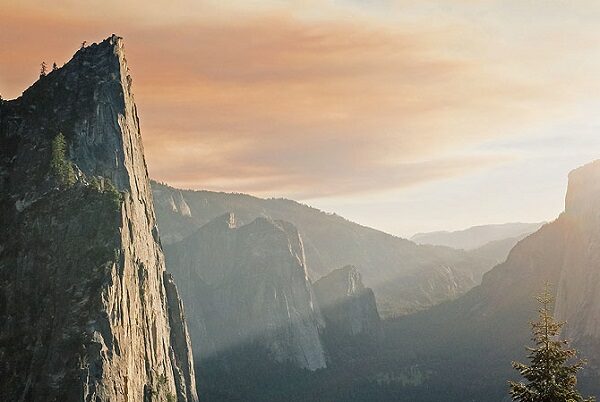 For decades, the standard narrative, promoted by Florovsky’s associates, Alexander Schmemann and John Meyendorff, stated that, despite his ecumenical engagement, Florovsky remained in confrontation with the West in a theological sense. Florovsky’s Neo-patristic synthesis was considered as a liberation tool of Orthodox theology from “Western captivity”.[1] This picture persisted until recently, when Matthew Baker challenged these views by arguing that Florovsky’s original idea about Neo-patristic synthesis was a program with a constitutive ecumenical dimension.[2] A common feature of all representatives of the Russian religious renaissance was the aspiration to integrate art, culture and philosophy with religion into a kind of “religious synthesis”.[3] One of the main characteristics of the later Neo-patristic synthesis was the attempt to synthesize religion or specifically Orthodox theology with modern philosophical culture. However, Florovsky developed his synthesis not by following, but by challenging Vladimir Soloviev’s “synthesis of unity” and the sophiology of Sergei Bulgakov that grew out of it. The influence of Soloviev, and through him Friedrich Schelling on Florovsky, led some scholars to wrongly conclude that the root of Neo-patristic synthesis lies in German Romanticism.[4] Precisely aware of this tendency of romanticism, which incorporates religious pathos into philosophy,[5] Florovsky criticized the Slavophile synthesis of “romanticism” and “ecclesiology”.[6] Florovsky’s interest in Western historicism and philosophical hermeneutics, and especially in the views of W. Dilthey, B. Croce and R.J. Collingwood demonstrates that he did not abandon philosophy.[7] Along with the notion of synthesis, Florovsky adopted from Soloviev the ecumenical spirit of this notion. This can be seen in his commitment to a new philosophical synthesis of the patristic thought and the Western European education.[8] The inclusion of the experience of the Catholic West into this “Orthodox synthesis”[9] created a “true ecumenical synthesis”.[10] Therefore, Florovsky’s engagement with the Western theological thought aimed to overarch the East-West divide, and the cultivation of an pro-Western and pro-ecumenical sentiment.[11]

The Greek theology developed during the 1960’s and 1970’s in Athens followed closely Florovsky’s Neo-patristic agenda, but the consequences were quite the opposite: the acute polarization of the East-West divide superseded attempts to overcoming it and the pro-Western attitudes were replaced by anti-Western attitudes. Two of Florovsky’s most prominent students John Romanides and John Zizioulas played an important role in this shift. The attempt to liberate the Orthodox theology from the centuries-long accumulation of western theological concepts and methods was transformed into full-range vengeance on the West. The guilt for so called  ‘Pseudo-morphosis’ was inflicted not on those Orthodox thinkers who uncritically adopted Western elements, but on the Western churchmen. In his polemic with Panagiotis Trembelas, a representative of a western type of Orthodox theology, shaped by Protestantism and Catholicism, John Romanides attacked the western’s notion of Filioque, Augustine’s notion of original sin, the Anselmian doctrine of the atonement and argued for the essence-energies distinction against the West.[12] Contrary to his mentor Florovsky, who considered Augustine as the greatest of Church fathers, John Zizioulas casted him as a theological villain.[13] He attacked Augustine for introducing the principle that the oneness of God is safeguarded not by the monarchy of the Father as the principle and source of the Trinity, but by the unity of the essence.[14] In Zizioulas’ view, Augustine made multiplicity and otherness secondary to the oneness of the substance and departed from the biblical notion of God,[15] while the Cappadocians saved this biblical notion by the identification of the hypostasis with person.

In order to understand this change of perspective towards the West, contemporary Orthodox scholars, such as Aristotle Papanikolau and George Demacopoulos have explained this turn in Greek theology as “residual effects of Western exploitation of the colonial subject, the ‘subaltern,’ in all of its cultural, political, and economic manifestations”.[16] As Sotiris Mitralexis observes, Demacopulos’ and Papanikolau’s application of the postcolonial critique underwent an unusual twist. It appeared that the problem is not in an Orientalist or ‘Balkanist’ outlook stating that the West is superior and the Orthodox is inferior, but in a critique that challenges such an outlook, which they identified with ‘anti-Westernism’.[17] Moreover, Mitralexis argues that according to the same view every aspect of Orthodoxy, which is not fully compatible with the “West”, modernity and liberal democracy is considered as ‘fundamentalism’ and ‘anti-Westernism’.[18] A similar assessment is employed on Florovsky’s Neo-patristic synthesis, which is deemed as a “fundamentalism of tradition”[19] or as a kind of romantic Byzantinism and anti-Western polemicism.[20] John Behr claimed that the Neo-patristic synthesis was genuinely inspired by German idealism and romanticism, rather than the Church Fathers, and as construed in opposition to the West,[21] while  Paul Gavrilyuk, in his recent book on Florovsky and the Russian religious renaissance,[22] overlooked forty years of Florovsky’s ecumenism and dialogue with the West.

In spite of the fact that that the Parisian School shaped Orthodox theology in conformity with Western theological and political thought, and the Athenian school in opposition to them, the American Orthodox Diaspora deems both as anti-Western, positioning itself as the only authentic voice of Orthodox theology today.

[7] Matthew Baker, “Neopatristic Synthesis and Ecumenism: Towards the ‘Reintegration’ of Christian Tradition,” in: A. Krawchuk and T. Bremer (eds.), Eastern Orthodox Encounters of Identity and Otherness, Palgrave-MacMillan, 2014, 235–260: 245; Matthew Baker, “Zizioulas and Heidegger: Eschatological Ontology and Hermeneutics,” in: S. Mitralexis and A. Kaethler, Ontology and History: Conference Booklet, Delphi, 2015, 79–111: 80.

[11] Pantelis Kalaitzidis, ‘The West in Contemporary Greek Theology’, in G. Demacopoulos and A. Papanikolaou, Orthodox Construction of the West, Fordham University Press, 144.

[16] George E. Demacopouls and Aristotle Papanikolau, ‘Orthodox Naming of the Other: A Postcolonial Approach’, in: G.E. Demacopoulos and A. Papanikolaou (eds.), Orthodox constructions of the West, New York, Fordham University Press, 2013,18.

[20] Brandon Gallaher, ‘”Waiting for the Barbarians”: Identity and Polemicism in the Neo-Patristic Synthesis of Georges Florovsky’, Modern Theology 27.4 (October 2011), 659-691.