The man who ended a cruel custom 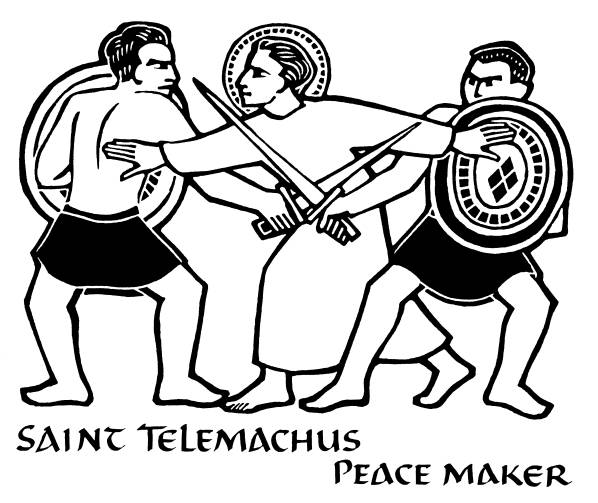 The festal nature of this time of year makes it difficult for us to recollect an impressive act which is an integral part of the history of the Church. This act was one that brought to an end a cruel custom, which, in the Roman world, had for centuries been regarded as an entertaining diversion. This was none other than the tradition of the gladiators, in accordance with which some men (usually slaves) fought each other – to the death, in most instances – accompanied by the yelling of those thrilled and ecstatic at the sight of so much blood.

Thanks to one particular man, all this was about to stop. The monk, Telemakhos, who hailed from Asia, could no longer endure a society which wished to be considered Christian but which held so dear such an inhumane tradition. So, on 1st January 404, he felt compelled to be in the Colosseum where, in the name of Christ, he demanded an immediate halt to the “performance”. The crowd was incensed and began to jeer, and, amidst all the uproar and tumult, a gladiator landed him a vicious blow knocking him to the ground. The monk didn’t take it lying down; he gathered his strength, got up and continued in the same vein, upon which another gladiator was so enraged that he drew his sword and killed him outright. 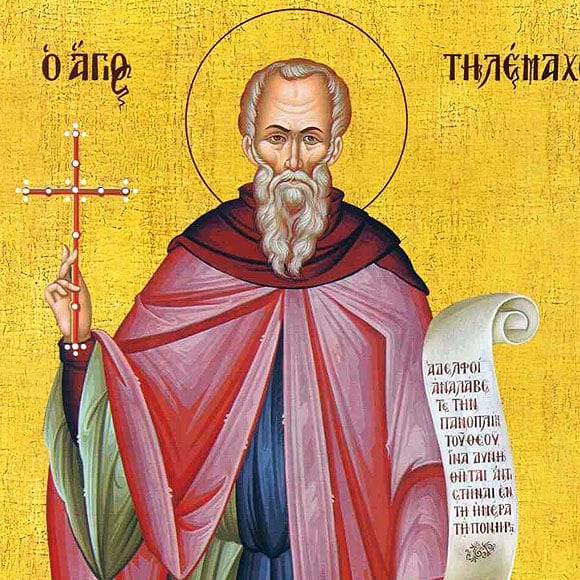 The crowd,  stunned at the way things had turned out, fell suddenly silent and   apprehensively began leaving the stadium. Telemakhos’ action created a sensation throughout Rome, and, three days later, the Emperor Honorius, moved by the outcome of Telemakhos’ bold and heroic deed, passed a decree forbidding the practice of gladiatorial duelling from that time on.

This action of his marked a turning point in society towards the embracing of Christian cultural values.