The Modern Fashion for Angels

A worrying phenomenon of our day, a New Age befuddlement passing as spiritual practice, is the fact that in recent years there has been a heightened interest in and concern with angels in a host of New Age periodicals, secular print materials, books, and web sites, with even the publication of samizdat magazines [1].

It’s no coincidence that this explosion of interest in angels has resulted in certain heterodox scholars talking about a ‘new religion of angels’ [2], which, as has been correctly pointed out, doesn’t require any belief in God [3]. According to another approach, the phenomenon can also be characterized as a secular form of folk religiosity among people in the West [4]. 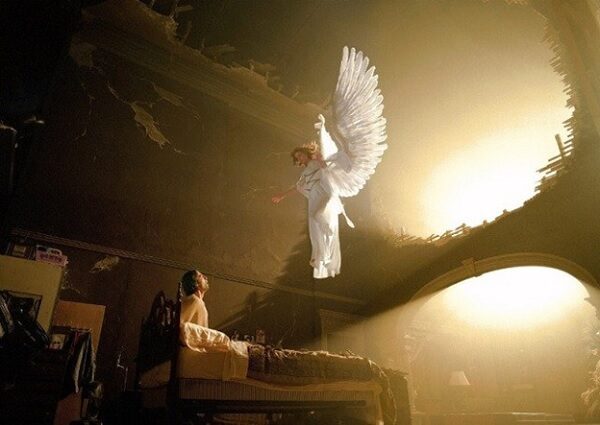 Naturally, in Greece, too, this interest is not expressed within an Orthodox ecclesiastical framework, as a kind of reminder of the Church’s teaching on angels, their ministry, their mission and so on. Much less can it be included in even the more widely accepted frameworks of Christian teaching relating to the holy angels. (Alas, the Protestant theology of the 19th and 20th centuries has adopted a variety of positions concerning the holy angels, many of which come close to denying their existence, in defiance of the teaching of the Church) [5].

On the contrary, modern interest in the angels has a clearly syncretist content, combining Christian, Jewish, Islamic, non-Christian and esoteric elements, which recall strongly the features of ancient Gnosticism [6]. Moreover, it also has easily-identifiable New Age features [7] and these are the most common, the starting-point and content being obviously linked to the occult.

The presence of and reference to ‘angels’ is well known in the realm of the occult and, indeed, on different levels. In a representative work from this milieu, this is a typical reference: ‘An important role is attributed to angelology in the practice of the Kabbala and, thereafter in the magic rituals of Western esoterism. (…) From the above it may be concluded that angelology constitutes an important link in the chain of esoteric tradition’ [8].

We also have angelology of an occult nature in the circles of Freemasonry (which as is well known insists that it has no religious character) especially during induction into the higher ranks. One of the books from within Freemasonry records the names of ‘angels’, many of which come from occult sources, such as the Kabbala, the Hermetic Order and from Islamic angelology.

As an example, we would refer to just one of the 16 ‘angels’ named in the Masonic work, one that is very revealing: ‘Ariel is the spirit of the air, which in the highest Masonic degree is associated with the concept of purity. According to the Kabbala magicians, Ariel reveals hidden treasures and the secrets of nature’ [9].

Another facet of ancient and modern occult angelology is related to astrology. According to astrology, the months of the year, the sun, the moon, the planets and so on have spirits- angel guardians [10]- or are associated by astrologers with so-called karmic references, in accordance with the terminology of the field.

Today, especially, with a careful and attractive vocabulary, New Age and occult pseudo-angelology is using the names of ‘angels’ we encounter in occult circles. Adherents do this in their own printed matter, on web sites, secular magazines, at special seminars organized to communicate with angels and with special angel cards.

But the real tip of the spear of modern New Age and occult pseudo-angelology is the practice of presenting angels not as creations of God but as good, spiritual, protective entities, existing in their own right. They’re presented as beings of light and love, as objects of meditation, as sources of energy and as divine manifestations [11].

Moreover there is talk of the presence of such supposedly ‘angelic’ beings in so-called near-death experiences. They’re also associated with unorthodox healing (e.g. angelic reiki).

In the New Age version of modern pseudo-angelology in particular, the outstanding feature which is distorted and misrepresented is the issue of the guardian angel, which is used as a means of promoting anti-Christian positions.

Within the whole of this murky occult atmosphere, a link has also been forged between pseudo-angelology and the modern variant of spiritualism known as channeling, in which different kinds of mediums present themselves as channels for relaying messages from supposedly angelic beings.

In making an assessment of this outbreak of modern pseudo-angelology from an Orthodox standpoint, and taking into account, among other things, the Gospel saying that the tree is known by its fruit (Matth. 12, 133), we can say without doubt that we’re being faced by a form of demonology which is being presented as angelology (2 Cor. 11, 14).