May 29, 1453. It is Tuesday. The day when the bright light of the Greek Christian world was covered with the dark veil of obscurantism.

The city has fallen. The emperor has turned to stone. Hagia Sophia has been turned into a mosque. The thousand-year-old Byzantine Empire has collapsed. The evil that has befallen the Greeks is indescribable. They have lost almost everything. Fortunately, they did not lose their faith in the true God. For four hundred (400) years they suffered like no other people.

Turkey, hand in hand with Islam, created the most satanic of plots to exterminate Hellenism. They created the janissary. They grabbed the Greek Christian children from the arms of their mothers, and proceeded to Islamize them and Turkify them, and then they put them to kill their parents and siblings. Can there be a more satanic plot than this? No, there cannot. 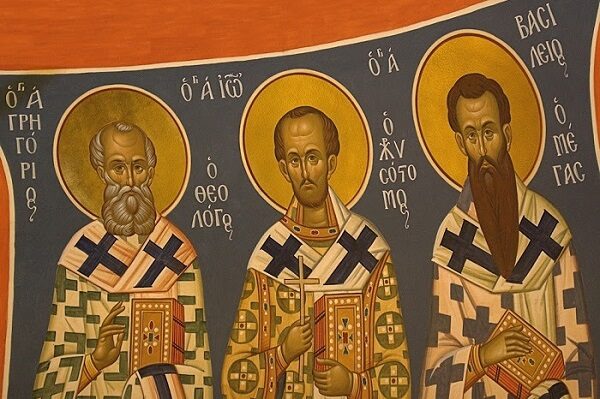 The Greeks suffered for four hundred (400) years under Turkish slavery. There were no schools. There were only ‘secret’ schools here and there. By the light of the moon or the candle, the old monk would teach Greek letters to the Greek slave children. The Book of Psalms served as a reading book. “The children would say: I’ve learn the alphabet and I’m going on reading the psalter”. Hence the close association between the psalter and the alphabet book in our culture.

Yes. The Greeks lost almost everything, but they did not lose their faith. They survived with their Christian faith intact. They initiated the revolution for the holy faith of Christ. For the freedom of the homeland. For the honor of the family. They succeeded. They liberated the homeland. They were free. They built schools. They had a state that can be found on a map and that was recognized by all. The bright light of Greek Christianity shone brightly once more. They were admired by all.

We continue to live in our homeland Greece, but we are also spread out throughout the world. We also live in Canada. We are more than three hundred thousand (300,000) persons dispersed across the vast land mass of Canada. We are organized under the auspices of our Archdiocese. We have churches. We have communities. We have schools. We have organizations.

But let us take a close look and consider the state of Greek Orthodox Education today in Canada in an honest and sincere manner.

The coronavirus has taken us by surprise. Many things have regressed, including Greek Orthodox education. But this storm will pass, and we need to study our reality carefully beyond this.

Praise is also due to the other Communities that operate Greek Orthodox schools in the afternoon or on Saturdays, as well as to all the dedicated teachers.

The Greek Orthodox Day School “Metamorphosis” in Toronto was founded by our Archdiocese. It has more than three hundred (300) children. It functions in the best way possible. This year, despite the coronavirus, it is progressing better than any other year. We congratulate the administration and the entire staff, all the parents and children.

I have to say however that we need to do more for Greek Orthodox education in Canada. We must look at the example of our ancestors in sustaining the Greek language and the Orthodox faith during the four hundred (400) years of Turkish slavery. We must do better. Canada is a wonderful country. It provides us with so many opportunities. Above all, we have the freedom to live out our faith, to speak our language, to move freely. If we are not able to further develop and progress, we have only ourselves to blame.

Our enslaved ancestors exclaimed “freedom or death.” Let us exclaim: Greek Orthodox education is necessary for our survival, for our growth, in order to sustain our Orthodox faith, our Greek Christian ideals.

This is something we deserve. This corresponds to who we are. We owe this to our ancestors who endured four hundred (400) years of Turkish slavery. This is the will of God. Let no one yield. Let no back down. Let no one be left behind. Let us all advance together and conquer the summit. Not one Greek Orthodox child should be lost in this effort. All our children should attend Greek Orthodox schools. Let us not rest until we achieve this.

With fatherly love and blessings,