One evening I visited the Elder with an acquaintance of mine. He received both of us at the same time in his cell. During the discussion that followed, my acquaintance said, among other things, that he held me in the highest regard. The Elder looked at him, dropped his gaze and said nothing. We left soon afterwards.

On my next visit, I was alone. The Elder said to me: ‘I’m thinking about that acquaintance of yours that you brought and who happily told me how much he admired you. Yet at the moment he was telling me, what did I see in the depths of his soul? He’s repulsed by you and rejects you’. I was speechless at this revelation, which I’d never imagined could be true. 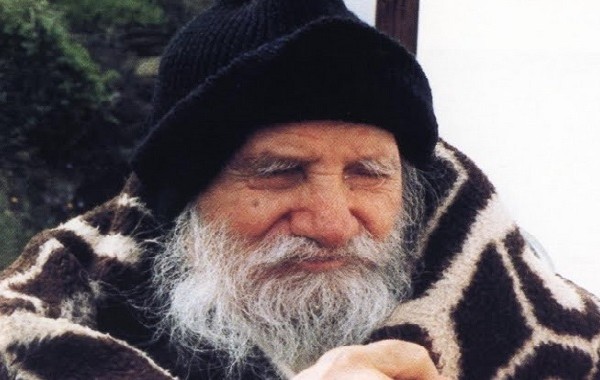 When I returned home I was sad and cross about the man’s ambivalent and two-faced behavior. Since he fundamentally rejected me, nobody was forcing him to spend time with me, and certainly not to tell the Elder how much he esteemed me. It would have been more normal to avoid me, which would at least have been in accord with his deepest feelings.

I spent a good few hours feeling aggrieved and it was only after some time that I began to take in the meaning of the Elder’s observation: ‘Be careful. This is in his subconscious and he doesn’t know about it’. And it was true that this man held me in high regard, showed as much and felt at ease with me.

His self-contradiction was hidden in his subconscious, which is why he was ignorant of it. Once I realized this and saw the sense in the Elder’s warning, I calmed down. I accepted him and maintained a friendly attitude towards him, as I had always done.

Later, when I saw the Elder again he explained: ‘What I saw in his soul is from a long time ago. It’s a wound and it’s demonic’. When I asked if he could be coerced into changing, he answered: It’s sanctity that changes people and makes spiritual wounds disappear. Nowadays psychiatrists call it mental illness, but in reality it’s demonic action caused by sins’.

Saint Profyrios was well-known for this kind of insight. There was once a teenager who was something of a tearaway. His despairing mother took him a long way to see Elder Porfyrios. After the initial introductions, the mother left and the Elder proceeded to describe a number of events in the young man’s earlier life. When the boy left and rejoined his mother, she was amazed at the events he related because she’d half-forgotten some of them. The teenager went back the next day and talked further with the Elder. I was told this by the man himself, who went on to become a priest and is now one of the best-known modern theologians in Greece and beyond. WJL.