5. Beware lest anyone should lead you astray. ‘For many will come in my name, saying, “I am Christ” and they will lead many astray (Matth. 24, 5). In part, this has already happened. Simon the Magician and Menander already said something of the sort, as did other leading heretics. Others will say so in our own age, and no doubt, others again after us [3]. 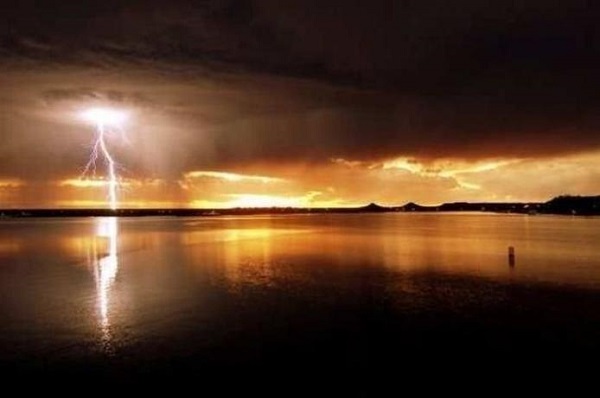 6. A second sign: ‘You will hear wars and rumours of wars’ (Matth. 24, 6). But don’t we now have a war between the Romans and the Persians over Mesopotamia? Will one nation rise up against another and one kingdom against another (Matth. 24, 7) or not? And there will be famines, epidemics and earthquakes in various places (ibid.). This has already happened [4]. Saint Luke tells us that there will we terrible signs from heaven and that very harsh winters will come. ‘Therefore, be vigilant, for you do not know on what day your Lord will come’ (Matth. 24, 42).

7. But we do seek our own sign of the coming of the Lord. We who are in the Church seek such a sign within the Church [5]. The Saviour says that many will be shocked, people will betray and hate one another (Matth. 24, 10). Now if you hear that bishop is against bishop, priest against priest, peoples against peoples, even to the point of bloodshed, don’t be disturbed. Because this has been written. Don’t pay too much attention to what’s happening, so much as to what’s been written [6]. And if I, who am teaching you, should be lost, that’s no reason for you to become so, too. The people who are listening should become better than the teacher speaking to them. Those who come at the last moment will be first (Matth. 20, 16), because the Lord welcomes those who arrive at the eleventh hour (Matth. 20, 6-7). Since there was betrayal even among the apostles, you won’t be surprised that there’s discord among bishops [7].

But this sign doesn’t mention only leaders, but also peoples, because it says ‘And because lawlessness will be increased, the love of many will grow cold’ (Matth. 24, 12). Now, can any of us here boast that they have unfeigned love for their neighbour? Doesn’t it often happen that lips can kiss, the face smile, the eyes be lit with joy, and yet all the while the heart is plotting machinations and working at wicked things, even though we’re speaking peacefully: ‘Do not drag me off with the wicked, with the workers of evil, who speak peace with their neighbours while evil is in their hearts’ (Ps. 27, 3).

8. We also have this sign: ‘And this gospel of the kingdom will be proclaimed throughout the whole world as a testimony to all nations, and then the end will come’ (Matth. 24, 14). Yet, as we’ve seen, almost the whole world’s been filled with the teaching of Christ [8].

9. And what happens after that: ‘So when you see the abomination of desolation spoken of by the prophet Daniel, standing in the holy place (let the reader understand)’ (Matth. 24,15) and further on ‘Then if anyone says to you, “Look, here is Christ!” or “There he is!” do not believe it’ (Matth. 24, 23). Discord, then, gives an opportunity to the Antichrist. In other words, the devil prepares divisions between nations so that the coming of the Antichrist will be welcomed. Blessed will be those of the followers of Christ here, or in other places, who don’t go anywhere near him and don’t follow him….

10. Christ, the true, only-begotten Son of God doesn’t come from some place on earth. If a charlatan miracle-worker or sorcerer appears in the desert, claiming to be Christ, don’t go (cf. (Matth.24, 26). If they tell you that Christ’s here or there, don’t believe them (cf. Mark 13,21). Don’t look around down here on earth, because the Lord will come down from heaven. Not alone, as was the case at His first coming, but in the midst of thousands upon thousands of angels. Nor will He come in secret or silently, like the morning dew on the fleece (cf. Ps. 71, 6), but like lightning (cf.Luke 17, 24), blinding, brilliant and apparent to all. As He Himself has said: ‘For as the lightning comes from the east and shines as far as the west, so will be the coming of the Son of Man’ (Matth.24, 27). And again: ‘They will see the Son of Man coming on the clouds of heaven with power and great glory. And He will send out His angels with a loud trumpet call’ (Matth. 24, 30-31).

3. It’s worth noting that Saint Cyril allows the possibility of the appearance of other false Christs, even though he names some in his own day.
4. In the fourth century, Saint Cyril notes that some of the signs have already occurred, and since then we observe similar phenomena. This is a warning that we should not be too dogmatic in our own estimation of things and that we should be careful not to alarm others.
5. This is no mere rhetorical figure aimed at moving his speech on to his next position, but the successful application of a social and psychological principle at the Church level. We have to be able to see how much we function, even in the Church, as fallen beings, and how much the human factor continues to labolur under difficulties, as though it had not yet been embraced by the Church.
6. This proposal on the part of the Saint is of immense importance. We’ll cause much less turmoil in our own times if we apply his suggestion. Some of us, without the Holy Spirit, form an opinion about issues and then search the Scriptures to try and find where they agree with us. The Saint says that, on the contrary, with the grace of the Holy Spirit, we should acquaint ourselves with the teachings of the Scriptures and then judge things accordingly.
7. This is a question which is certain to cause consternation. But it must be said that the bishops of the Church should not operate at the level of Christ’s disciples before the descent of the Holy Spirit. The sanctity of the Church is guaranteed by the sinlessness of its members, but by the holiness of its Head, Jesus Christ. This doesn’t mean that we’re free of the obligation to progress towards perfection (Heb. 6, 1).
8. Saint Paul considers that the Gospel has already been proclaimed to the whole of creation. Saint Cyril held a similar view in the 4th century. But the question naturally arises: what was the concept of the whole of creation at that time? Sixteen centuries have passed since then and still the Antichrist hasn’t appeared… How little faith we should place in human capacity. And at the same time, we need to examine what it means ‘to preach the Gospel’. With modern technology it is possible to claim that the Gospel has, in fact, been preached. But is preaching merely the rendition of words as sounds?