22. But what will be the sign of this second coming? Let no opposing force dare to imitate it. Matthew (24, 30) tells us that then the sign of the Son of Man will appear in the sky. And the real, distinctive sign of Christ is the Cross. The sign of the Cross in the form of light will precede the King and declare that it is He Who, in former times, was crucified. This is so that the Jews may see Him Whose side they pierced and Whom they conspired to murder and so that the whole nation and all the tribes separately (cf. Zach. 12, 10, 12) will mourn, saying: ‘This is He Whom we scourged; this He in Whose face we spat; this is He Whom we bound in fetters; this is He Whom we first crucified and then mocked’. Then they’ll say: ‘Where shall we go to escape His wrath?’ But since the Angelic ranks will surround and guard the world, there’ll be nowhere for them to go. The sign of the Cross will mean fear for its enemies and joy for the faithful who have believed in Him, or preached Him to the Gentiles or were martyred for His name’s sake. 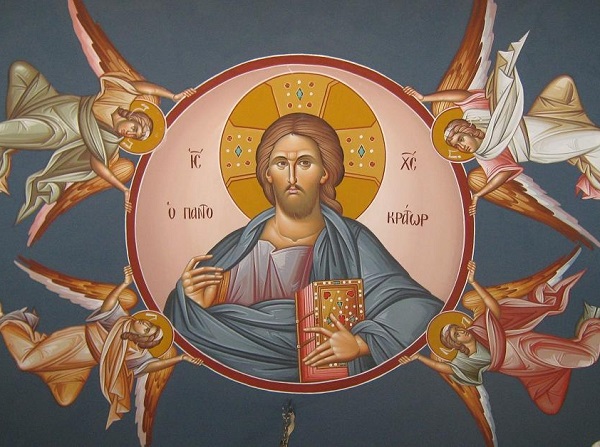 So who, then, will be blessed enough to find themselves friends of Christ at that time? This most glorious King doesn’t disdain His own servants. Not He Who is guarded by angels, Who sits on the throne with the Father. And, so that His chosen ones won’t be confused with His enemies, ‘He will send out His angels with a loud trumpet call, and they will gather His elect from the four winds’ (Matth. 24, 31). Given that He didn’t overlook one- I mean Lot- how would He overlook a great many of the righteous all together. And then He’ll say to all though who are riding on chariots of clouds and have been gathered together by the angels: ‘Come, you who are blessed by my Father’ (Matth. 25, 34).

23. But some of those present will say: ‘But I’m poor, or maybe I’ll be ill in bed’. Or another: ‘I’m a woman and I might be at the mill. What’ll happen? Will we be overlooked or condemned because of these reasons? Be of good heart. The Judge is no respecter of persons: ‘He shall not judge according to appearance, nor reprove according to report’(Is. 11, 3). He doesn’t prefer the sophisticated to the simple, nor the rich to the poor. Even if you’re in the fields, the angels will take you.

Don’t imagine He’ll prefer land-owners and leave you who are a poor farmer. If you’re a servant or poor, don’t worry. He Who took the form of a servant (Phil. 2, 7) doesn’t disdain servants. And if you happen to be ill in bed, it’s been written: ‘I tell you, in that night there will be two in one bed. One will be taken and the other left’ (Luke 17, 34). Even if, out of necessity, you’re busy at the mill, man or woman, or if you’ve got a servant at the mill and you’re forced to wait there, you won’t be overlooked by Him Who makes those in chains free and bold. He is the one who brought Joseph to a position of authority, from being a slave in prison. He will also deliver you from sorrows and bring you into the Kingdom of Heaven. Just take heart, work to do good, struggle willingly, because nothing goes to waste.

Every prayer you make or psalm you sing is recorded, every act of charity’s recorded, every fast. Every marriage that has remained with the bounds of morality is recorded, every form of restraint that was practiced for God’s sake. But of all the things that God will crown us for, pride of place goes to purity, for then you’ll shine like an angel.

When you’re happy to hear good things, by the same token, don’t be upset if you hear bad things. Everything’s recorded, all your greed, every licentious act, every oath you’ve set aside, every blasphemy, any magic, every theft, and every murder. All of these will be recorded, if you commit them after baptism, because anything done before is expunged.