24. ‘When the Son of Man comes in his glory, and all the angels with him’ (Matth. 25, 31), the Gospel says. Look and see before what a multitude we’ll be judged. The whole of humanity will be there. Just think how numerous the race of the Romans is, how the barbarian nations are made up of so many tribes and how many of all of them have died in the last hundred years. Reckon up how many of these tribes have been buried over the last thousand years. Count how many people have lived on the earth from Adam until now. Infinite hosts, and yet, a very few compared to the numbers of angels, who are certainly very many more. They are the ninety-nine sheep and the human race is the one (cf. Matth. 18,1; Luke15,4). We should reckon the population of a place according to its size [11]. The earth, which is populated by people, the whole of the inhabited world as it in in the midst of the heavens which surround it, is no more than the centre of one circle, even though it supports such vast multitudes. 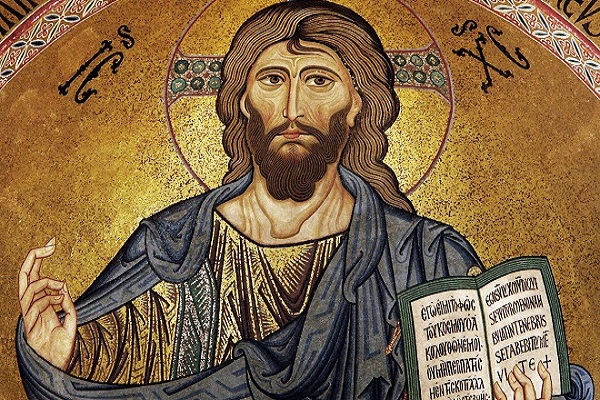 Just think about the heavens which encompass it, how much more extensive they are than it is. And just think that there’s an infinite number of other heavens, populated by angels, the numbers of which we can’t begin to imagine. Because it’s been written that thousands upon thousands serve Him and myriads upon myriads stand in awe of Him (cf. Daniel 7, 10). Not that that’s the total number of angels, of course, but the prophet couldn’t find a way of presenting us with a greater figure. So at the judgement, God, the Father of all, will be present, as will Jesus Christ and the Holy Spirit. A sound of trumpets from the angels will call us all, who will have our deeds as our raiment.

Isn’t that image enough in itself to make us uneasy, even now? Don’t think for a moment that it’ll be a short trial, even if you’re not going to spend eternity in Hell. All your hidden and public deeds will come to light before the infinite multitudes of all people and all angels. Have you never felt, in your life, that you’d rather die a dozen deaths rather than have your friends discover your secrets, for which they’d be obliged to condemn you? [12].

[11] The angels are also created beings and it’s on this basis that Saint Cyril uses the dimension of space when referring to them. He employs the knowledge of the cosmos that was current in his day and develops his theology with the charismatic ‘feeling’ granted to him, directly or indirectly, by the Holy Spirit.
[12] It’s remarkable how the Saint is able to descend to the level of fallen people, and, by using their sinful experience, is able to bring them to a proper perception of things, in their eschatological perspective. He has a vast store of anthropological, sociological and psychological knowledge, which he incorporates and subjects to his charismatic theological reflections.