25 Let’s be aware of the crucial nature of this event, my beloved, and take the utmost care to ensure that God doesn’t reproach and condemn us. He has no need to carry out any form of investigation or check to know us and our deeds. Don’t say that it was night time when you engaged in fornication, or that there was no-one else about when you practiced magic or whatever else. Your own conscience, your own thoughts judge you. As Saint Paul said, when God judges our hidden deeds, our thoughts and conscience will act as witnesses either for the prosecution or the defence (cf. Rom. 2, 15-16). You’ll be forced to tell the truth to the Face of God the Judge, Who will inspire awe in you. As we’ve said, you’ll rise and present yourself to the Judge, clad in your sins, and, of course, any good deeds you may have performed. 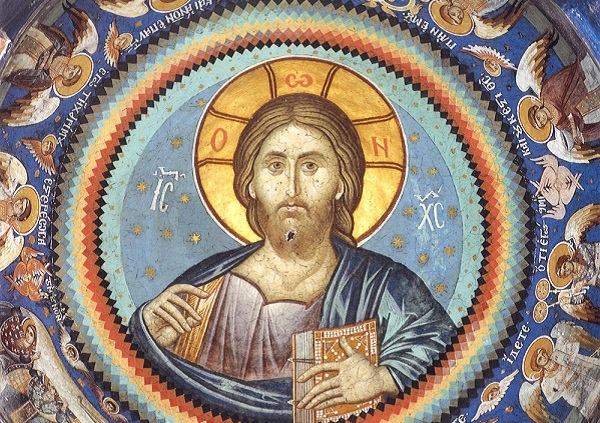 The Judge Himself has said this: ‘For the Father judges no-one but has left all judgement to the Son (Jn. 5, 22). This doesn’t mean that He abdicates from His authority, but that He judges ‘through the Son’. Of course, the Son judges in accordance with the approval of the Father. And obviously the judgement and verdict of the Son will be the same as that of the Father, since the Father and Son are of one mind… And He will separate the sheep from the goats, as their shepherd (Matth. 25, 32).

How will He do this? Will He look at some sort of book to decide who are sheep and who are goats? Will He choose them by their appearance? Doesn’t the curly and fluffy fleece of the sheep distinguish it from the rough and coarse hair of the goat? But this is how you look when you’re cleansed of your sins. You have a pure fleece, your raiment is unstained and you say ‘I have put aside the garment of sin, shall I now put it back on?’ (Song of Songs 5, 3). From your garment you’ll be recognized as a sheep, but if you’re hairy, like Esau, who was hirsute and feeble-minded, since he lost his birthright over food and sold his position, you’ll find yourself on the left of the Lord. God willing, no-one here present will lose Grace, nor, through their own unjust deeds, will they be sent to the ranks of the sinners, on the left.