‘In Cyprus the aethereal land, does the pure soul live?’

In Cyprus the aethereal land, does the pure soul live? This was a poetic flight on the part of our national poet, Kostis Palamas. A question which then, of course, would have received a positive response, as being yet another confirmation of the universally recognized simplicity and exquisite purity of the Cypriote soul.

If the same question were posed now, as part of a search for an answer to concerns over what we see and hear today, the yes or no answer would hang in the balance.

If we take into account that Cyprus is vying for first place among the member states of the European Union in terms of corruption, then it comes as no surprise that the answer sought to the question posed above is problematical. 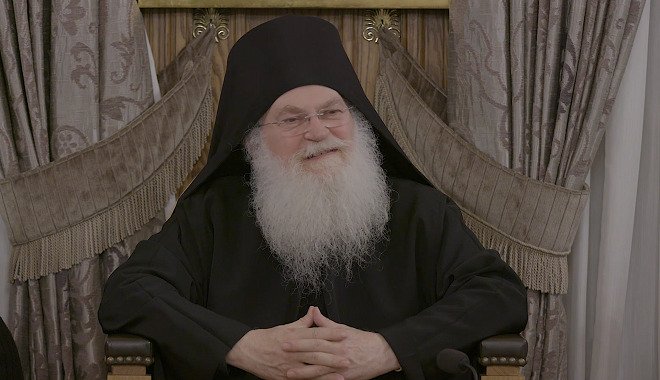 By the same token, it is by no means strange that, in the general putrescence prevailing in Cyprus, the toadstool of satanism has sprung up, with the well-known song which will represent Cyprus at the forthcoming European Song Contest. That is simply the cherry on the cake of the general blight.

It is the only natural concomitant and one to be expected. Since Cyprus is taking the lead in doing the works of the devil- which is why it is at the fore of those who are corrupt- it is natural to expect it to reveal the God it venerates and submits to. And that is none other than the devil.

But is this really how things are? Might it be that the majority of the people of Cyprus continue to be pure and pristine? Is it simply that those in charge are responsible for the corruption and the propagation of satanism and that they express neither the mind nor the values of the people they purportedly represent? Has it come about that the minds of Cypriots have suffered such degeneration that the land has gone from being the island of saints and friend of Christ to being the island of corruption and handmaid of the devil?

We would boldly state ‘No!’. Such a decline cannot have occurred. It is simply that key positions have been infiltrated by people of negligible maturity, whose consciences have been seared as with a hot iron. They are now tarnishing the image of the Cypriote people and are improperly insulting and dishonoring all that is holy and sacred.

The people of Cyprus need to rid themselves of such figures, so that they can preserve the island’s Christocentric Tradition, its sanctity, its nobility, its honor and its dignity. So that they may deemed worthy successors of their pure ancestors. Because they walk upon the bones of saints and of the righteous, of friends of Christ. And this Tradition- which is simultaneously an honor and responsibility for them and their children- is not to be toyed with, nor can it be cast off like a foreign body. Because it is bone of their bones and flesh of their flesh. It’s the truth of their entity as a people, it is the light in their lives, it is their path to the eternal Kingdom of God, it is the point of metaphysical transformation, of attraction, of ignition and inspiration of all their parallel, transitory activities and earthly actions, it is their very life.

Abbot of the Holy and Venerable