Religion / Monasticism
Elder Gavriil, Former Abbot of the Holy Monastery of Dionysiou on the Holy Mountain (†1983)

On the diet of the fathers

When the grace of God moved my heart to come to this blessed place of peace and prayer, it was February in the year of the Lord 1910. It was my desire to go to the Skete of Kavsokalyvia, where Saint Akakios, who was born in the same place as I was, had lived as an ascetic and where two brothers after the flesh, also from my birth-place, were living as hieromonks. One of these, the spiritual father Panteleimon, a most venerable and extremely virtuous monk, is perhaps the oldest among the Athonites still living, being now an elder of 103 years.

It was, indeed, my decision after my arrival on the Holy Mountain to go and live as an ascetic, so I set off on foot from Dafni to go to Kavsokalyvia. But as I passed through this holy monastery of Saint Dionysios, I saw the orderliness of the fathers on a day on which the funeral of an elderly hierodeacon took place. I was so affected by the ascetic atmosphere of the monastery and by the natural environment that I stayed, entrusting the hope of my salvation to our good God and the Honorable Forerunner [to whom the monastery is dedicated]. 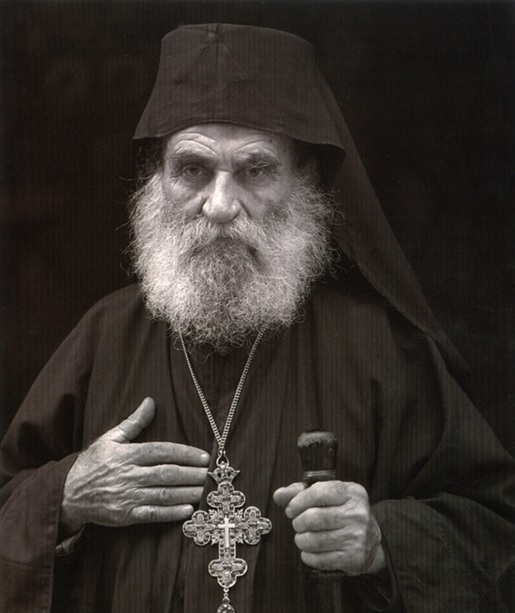 It was Great Lent when I was received into the monastery, and I was appointed to serve as an assistant in the monastery’s guest quarters. At that time, the holy Sketes and hermitages were bursting with monks and the holy monasteries, because they had dependencies, were able to share generously. So on Saturdays evenings ascetics and hermits would come to attend the vigil and to receive their ‘alms’ as prescribed.

I felt a natural attraction to and veneration for them, but out of respect I refrained from questions, though I did try to eavesdrop when I was sat alongside them. I wanted to overhear something from what they were saying, so that I could learn something about their spiritual state.

It seems that the good Lord wanted to let me know about the diet of the ascetic fathers and also to relieve me of the inner grievance I had about the black bryony shoots, which I complained about for two reasons: firstly because, being among the youngest, I was sent out twice a week with others of my age, to collect the plants, which meant we missed the service; and secondly because I couldn’t bring myself to eat them when cooked, given that they were so bitter. And so the Lord arranged that two hermits came and sat on the bench outside. One asked the other how he was managing with Lent so far. ‘By your prayers and by the grace of Christ, well. We live near the saintly spiritual father Papa Matthaios. He serves the liturgy for us and we take communion on Wednesdays and Saturdays. The elder’s sent me to fetch the bread and wine for communion and a few candles and then I’ll go back’.

‘Otherwise, how’s your bodily health?’ asked the first one

‘Glory to God’, replied the other. ‘This year, God has had mercy on us and the place is full of black bryony, to the extent that we’ve hardly noticed Lent at all. Every day we boil some with a little rice, oil at the weekends, and we’re well off for food. Glory to the name of the Lord’. When I heard this I rebuked myself and was cured of the passion of grumbling, because in the monastery we cooked them only once or twice a week and we had olives or figs on the table as well, whereas in the desert they probably didn’t.

The black bryony we ate was the tips of the plant. They’re climbers which favor damp conditions. They’re bitter to the taste and, according to the botanists are diuretic and blood-cleansing. They grow in wet patches all over the Holy Mountain and their tender shoots push through the ground from the beginning to the end of March. They’re regarded as a blessing from God during this period of the fast. For those eating them for the first time, especially without olive oil, as is the case on the Holy Mountain during a fast, they really do seem harmful and poisonous, but over time the fathers become accustomed to them and find them both edible and beneficial.