The Healing Path of Repentance

a) During the period of the Triodio, the Church gradually helps Christians to ascend the spiritual ladder of Great Lent and to prepare for the Easter of the Cross and Resurrection. At this time, there is greater emphasis on Christian asceticism, prayer, uplifting humility, repentance, sobriety and Godly mourning.

On the Sunday of the Publican and the Pharisee, the Church shows us the manner of true prayer, as well as the danger of Pharisaism, social hubris and hypocrisy. On the Sunday of the Prodigal Son, it reveals to us the true path of repentance and shows the depth and breadth of divine love. 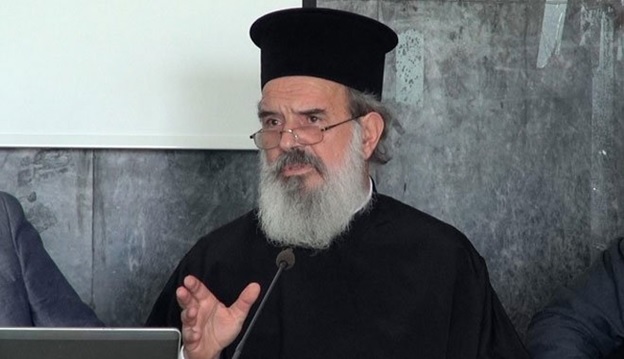 b) In his interpretation of this most instructive parable, Saint Gregory Palamas emphasizes the goodness of God the Father Who, not being in need of anything, kept nothing for Himself. He heaps earthly goods and heavenly gifts upon us, but we’ve squandered them. And the Church leaves no room for misunderstanding or equivocation regarding the nature of God: ‘God is love. Those who do not love, do not know God’ (see 1 Jn. 4, 8). As we know, publicans and sinners, filled with divine love, would go and listen to Jesus. This is clear from the case of Zacchaeus, the chief tax-collector, the harlot and others.

c)The Scribes and Pharisees, however, complained about this, saying that the Lord welcomed sinners and ate with them. This is why he took the opportunity to respond to their taunts with the parables of the lost sheep, the lost coin and the prodigal son. In the last one, the magnitude of divine love is revealed. The boundless mercy of God is made manifest, as is the power of repentance, which engenders hope.

d) In the note for the Synaxari for the Sunday of the Prodigal Son it says: ‘The holy Fathers ordained that the parable of the Prodigal be read after that of the Publican and Pharisee for the following reason: because many, from an early age have given themselves over to prodigality, to drunkenness and to sexual abuse and have fallen into the depths of despair. They have come to feel despair, which, according to the Fathers, begets arrogance. For this reason they have absolutely no desire to engage in virtue, supposedly in the belief that there is no mercy for them’.

e) ‘This is why the Fathers, by showing paternal loving-kindness and mercy to them and wishing to draw them out of despair, ordained that this parable be read, as we have said, after the first. They wished to show that the merciful and good bounty of God is open to all sinners and that there is no sin which can overcome the endless loving-kindness of God’.

f) With the specific language of life under Turkish rule, the above note of the Synaxari focuses the attention of the reader on two main points: i) the danger of despair (which features three times), which those who give themselves over to their instinctive passions from an early age are prone to; and ii) the kindness, the love and the immeasurable mercy of our good God. Despair is a permanent temptation as regards the salvation of each and every person. It can, however, work in two ways, one negative and other positive. In the first instance people are lost, trapped under the burden of their iniquities. In the second, they become aware of the extent of their failure and of the injuries caused by sin and so they have recourse, in hope, to the physician of bodies and souls, Christ the Savior.

g) Despair, lack of hope, stress and insecurity, which not infrequently lead to psychological disorders and panic among individuals and societies, are due largely to the disruption of our relationship with God and our fellow human beings. For the most part, however, they’re due to an internal rupture within us, an estrangement and a loss of our humanity. As an acceptance and reconciliation of our wounded self and as a restoration of our communion with God and other people, repentance can work as redemption and healing, rescuing us from the abyss of despair.