Saint Peter the Apostle: A Great Personality – I

Peter was born in Bethsaida, close to Lake Gennesaret, where, along with his brother Andrew, who also became an Apostle, they plied the trade of fisherman, together with two other Apostles, James and John, the sons of Zebedee.

In all the Gospel records he is first mentioned as Simon, while in other books of the New Testament he’s called Simeon. He is also mentioned a good number of times as Simon Peter, and also as Cephas. 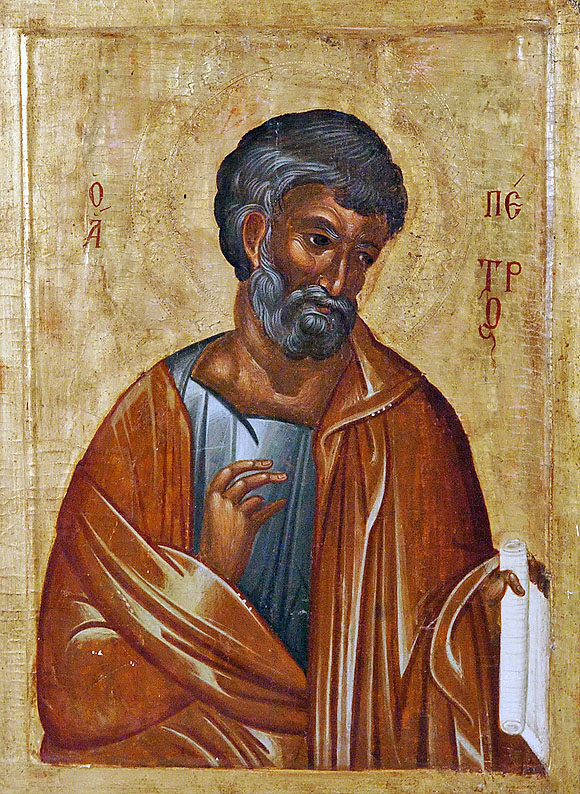 It’s not clear in the New Testament exactly when Christ names him Simon Cephas, i.e. rock or stone. According to Matthew (16, 18), this naming occurred at the time of Peter’s confession to Philip in Caeasarea. According to Mark (3, 16) and Luke (6, 14), the change of name from Simon to Peter is mentioned at the beginning of the catalogue of the twelve apostles, when Jesus gathered them together and completed the group of twelwe. John (1, 42) puts the matter somewhat differently: when Simon met Jesus for the first time (being introduced by his brother Andrew), Jesus told him that he’d be called Cephas, which means ‘rock’.

His father is called both John and Jonah. Matthew (16,17), calls him Simon, son of Jonah (Bar-Jonah). It’s likely that the name Jonah was a simplification and abbreviation of John, while Bar-Jonah might, though not with absolute certainty, be translated as “Son of John”.

There is also the view, that cannot be proven with any certainty, that the word Barjona means terrorist, in which case Simon also acquires the epithet Zealot. This view is reinforced by the fact that, on the evening when Jesus was arrested by the Romans, Peter wielded a knife, a deadly weapon.

Peter lived in Capernaum, where his wife was from, having settled there after his wedding. Nothing is said of his wife in the New Testament, but it’s known that he was married because Christ healed his mother-in-law. It’s more than likely that his wife was no longer alive when Christ called him to be an apostle. Indeed, later, when he was on his apostolic missionary journeys, Peter didn’t have his wife with him, but a Christian woman who looked after him (I Cor. 9, 5).

Both his trade and the fact that the members of the Sanhedrin called both him and John illiterate and simplistic (Acts 4, 13) demonstrate that they hadn’t studied at a rabbinic school; it may be that he’d been a disciple of the Forerunner.

His call to be an apostle happened gradually. First he was introduced to Christ by his brother, Andrew. He was present, clearly, at the wedding in Cana and immediately after this settled with Jesus and other disciples in Capernaum. His call is recorded in the synoptic Gospels.

From the very first, Peter held a leading position in the circle of the apostles. He’s always mentioned first in the list of the disciples in the New Testament and was, with the brothers James and John, in the most intimate circle of disciples for whom Christ showed a particular preference (e.g. the raising of Jairus’ daughter; the Transfiguration; the prayer in the garden at Gethsemene).

His character was that of an enthusiastic, impulsive person; he stood out for his activeness and self-confidence; he took initiatives; he was quick to anger; but also quick to lose heart.

Beneath the changeable and unstable character lay a sincere person who was genuinely devoted to Christ and one who played a leading role at various times (walking on the water; the miraculous tax payment; the infinite forgiveness of others; the Transfiguration; the healing of the woman with an issue of blood; Peter and John preparing the Passover; and Peter’s answer in the name of all twelve apostles) 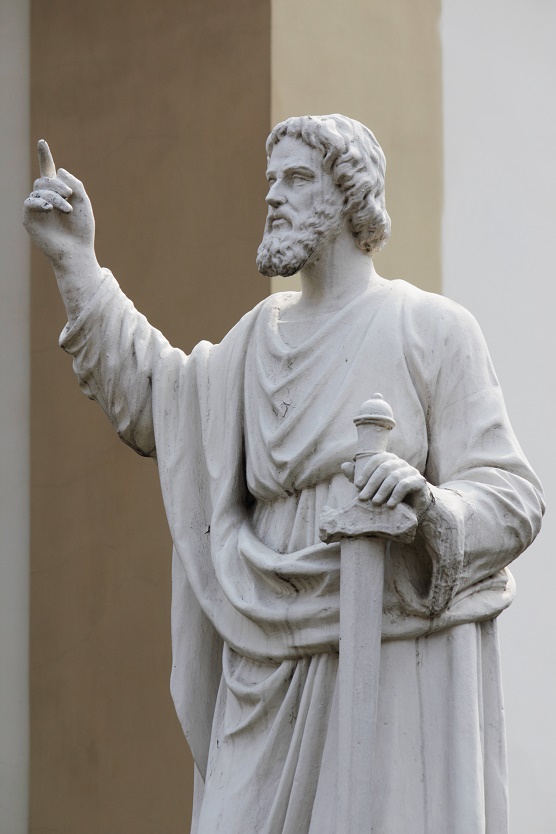 In Caesarea Philippi, shortly before the passion, Christ asked His disciples what view people had concerning the Son of man. On behalf of all of them, Peter answered that Christ is the Messiah, the Son of the true God. Christ then told His disciples not to tell anyone that He was the Messiah. He did, however, reveal to them that He would be going to Jerusalem, where He would be crucified and would rise on the third day. Peter took Him aside and tried to persuade Him to avoid this. Christ, however, bridled against these exhortations of Peter’s and called him Satan.

In Passion Week: Peter refused, at first, to allow Jesus to wash his feet; he was consumed by worry over learning who it was who would betray Jesus; protested when Jesus told him that where He was going Peter couldn’t follow then, but would do so later; and promised he was ready to lay down his life for Christ. And yet, soon afterwards, he denied Him.

When the Lord prayed alone in the garden of Gethsemane and turned back only to find them asleep, it was Peter whom he addressed.

At the time when Christ was being arrested, Peter drew a knife and cut off the ear of Malchus, a servant of the High Priest. Christ reprimanded him. From this event, some people have drawn the conclusion that Peter was a Sicarius (lit. “dagger-man”) and belonged to the group of Zealots who actively opposed Roman rule. This was the group to which Simon the Zealot and, perhaps, Judas Iscariot, belonged.

When Jesus had been arrested, Peter recovered from the earlier commotion and followed Him to the High Priest’s courtyard.