How to recognize the authentic Christian experience

What are the characteristic features of the authentic Christian experience?

We can begin by looking at the end of the first chapter of the Gospel according to Saint John, the section regarding the call of the disciples. This passage is of particular interest, because it’s an image of how Christ calls each Christian separately and what, in the end, the grace and love of God offer us in the ark of salvation, the Church.

In this particular passage, three calls are made, three invitations to three disciples. One is to the apostle Andrew, the second to Philip and the third to Nathaniel. 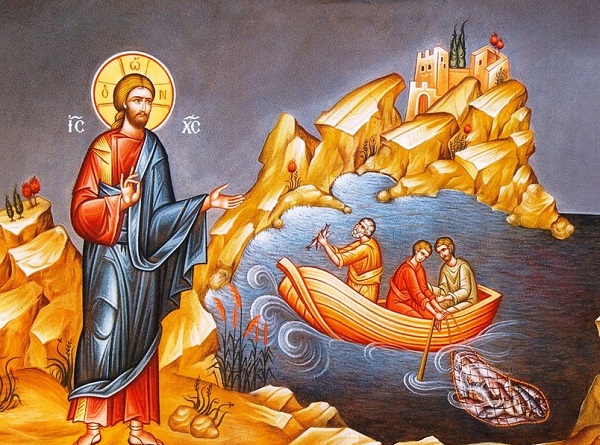 Initially, all three respond to the call with an abundance of spiritual enthusiasm. Andrew says: ‘We’ve found the Messiah’; Philip ran to Nathaniel and said: ‘We have found him of whom Moses in the law, and also the prophets, wrote – Jesus’; while Nathaniel addressed the Lord and said: ‘You are the Son of God, you are the King of Israel’.

The first recognizable feature of the authentic experience is the feeling of God’s call and the spontaneous response to it, which is something which resides in the guileless element of the soul. Immediately, directly, without a second thought, without hesitation and without rationalization, the soul recognizes the divine Person and responds to his call. As the Lord said: ‘Behold, a good Israelite, in whom there is no guile’. There’s no cunning, no perplexity, no confusion, complexity. The dominant features in Nathaniel’s heart were purity and simplicity.

The Christian life isn’t a personal discovery or choice, but a bold response to the divine call. It’s not a way of life but a state of grace. It doesn’t produce good people with proper criteria and good characters, but is proof of God’s love for us and of our divine destiny.

According to the note on the feast of Saint Andrew [after the synaxari at Mattins], these spontaneous spiritual outbursts are the result of a soul ‘in travail’ and ‘awaiting’ ‘the presence of him’. This brings us to two further characteristics: first, a painful desire, a longing for God, a feeling of needing him. The second is the expectation of the coming of the Lord and his visitation.

This pain of the soul and inner longing and anticipation, the deep, innermost expectation, what the Fathers call the ‘devouring’ of the soul, the continuous readiness for the coming and visitation of the Lord to alter my own soul, to enter my own life, changes and transmutes, transforms and renews the characteristics of my own life, the specific features of my own persona. These occasions are proof of an authentic Christian experience.

It’s not the change that causes the genuine Christian experience. That could equally well give rise to pride and arrogance. Rather it’s the Person who brings about the change, he who is the guarantee of the experience and the proof of its commensurate grandeur, he who is made manifest within it.

At this point it’s worth noting that the excitement of the apostles was no mere expression of joy and surprise, or good will, but that it had the features of a grand confession of faith, a confession which the Church holds in its hands as a treasure. They confessed him from the very start as God: Andrew as the messiah; Philip as the one of whom Moses and the prophets wrote; and Nathaniel as the Son of the living God, as his Anointed.

And not only that. They went a step further: they shared their faith with the people in their circle. They spread the message immediately and made it public. Andrew ‘brought Peter to Jesus’; Philip told Nathaniel: ‘Come and see’, come and taste for yourself. This feature of sharing the treasure of the love of God which wells up within us and is expressed as the most gentle and wonderful expression of our love for others and for our brothers and sisters is another recognizable characteristic of the genuine Christian experience.

We’ll end with another such characteristic: being prepared to suffer. All of these disciples were martyred. They stamped their call with the martyrdom of blood. They showed such hardihood that, while the beginning was easy- they ‘immediately’ received the message and invitation of the Lord- the end was just as easy: they gladly shed their blood for him. They gave him their life and, as lightly as they followed him in his earthly ministry, so they willingly accompanied him to his kingdom, eternally united with him.

The authenticity of the experience isn’t identified with any grandiose expression, any exaggerated sensationalism, sudden shock, surprise or worldly admiration. The Christian experience is mystical, it’s profound and internal. The experience of the Canaanite woman who accepted the Lord’s comparison of her to dogs, Zacchaeus, who publicly confessed his misdemeanors, and the woman with the issue of blood who furtively withdrew power from God are all examples of authenticity. Nobody paid any attention to these people. Not even the disciples. But the Lord heard the cries of the Canaanite woman, he himself saw and called Zacchaeus, and he felt the touch of the woman with the issue of blood. This is why he distinguished the Canaanite woman, by-passing the disciples in so doing; how he discerned Zacchaeus in the midst of the crowd; and how he felt the touch of the woman with the issue of blood as being separate from all the others. An authentic experience is persuasive and conclusive even in the most difficult and fraught circumstances. It draws God’s gaze to itself, it picks people out even if they’re partially hidden by a crowd, by the world’s indifference or their own insignificance.

A true Christian is secure, fears nothing, trusts easily, sympathizes, understands and gives off an air of certainty and a sense of purity.