Saint Makarios the Egyptian – Homily XXV. No-one can overcome evil by their own efforts

There are those upon whom the divine law is written, not with ink and letters, but implanted in their hearts of flesh. These people have had the eyes of their mind enlightened and they reach after a hope which isn’t tangible and visible, but is immaterial and invisible. They’re able to overcome the stumbling-blocks of the evil one, not by their own strength, but through the power which is invincible. But those who have not been honored with God’s word, nor instructed by divine law, are ‘vainly puffed up’ (Col. 2,18) and imagine that by their own will they can be rid of the causes of sin, though sin is condemned only through the mystery contained in the cross. It lies within the power of our free will to resist the devil, but not to have absolute command over the passions. ‘Unless the Lord builds the house, the builders labor in vain. Unless the Lord watches over the city, the guards stand watch in vain’ (Ps. 126, 1). 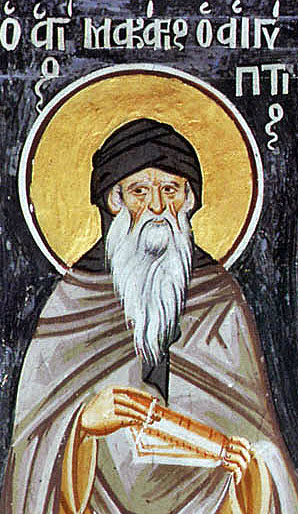 You can’t ‘tread upon the asp and basilisk and trample under your feet the lion and the dragon’ (Ps. 90, 13), without first cleansing yourself as far as humanly possible, and being strengthened by him who said to the apostles: ‘Behold, I have given you the authority to trample on serpents and scorpions, and over all the power of the enemy’ (Luke10, 19). Had it been possible for human nature to stand against the wiles of the devil without the whole armor of the Holy Spirit, then the apostle wouldn’t have said, ‘The God of peace will soon crush Satan under your feet’ (Rom. 16, 14); and again, ‘Whom the Lord shall destroy with the Spirit of his mouth’  (2 Thess. 2, 8). This is why we’re bidden to pray, ‘Do not lead us into temptation, but deliver us from the evil one’. Unless we’re delivered by superior power from the fiery darts of the evil one and are permitted to be adopted, we live our life in vain, far removed from the power of God.

So those who wish to share in divine glory and to see the form of Christ in the mind of their soul as in a mirror, ought, with unfailing warmth and the best of intentions, with all their heart and might, by night and by day, to seek the help which, potentially, comes from God. As I said before, it’s impossible to partake of this unless we first abstain from the sensuality of the world, from the desires of the force opposing us. This force is alien to the light and is an activity of wickedness, unrelated to any good activity and wholly estranged from it.

Therefore, if you wish to know why we, who were created in honor and dwelt in paradise, then became comparable to the beasts that have no understanding and were made like them, having fallen from the glory of innocence, you must understand that, having become the slaves of the fleshly passions through transgression, we shut ourselves out of the happy land of the living. We were reduced to captivity and are still sitting ‘by the waters of Babylon’. Because we’re still held in Egypt, we are yet to inherit the promised land, flowing with milk and honey. We have not yet been proved with the leaven of sincerity, but are still in the leaven of wickedness. Our heart is not yet sprinkled with the blood of God; for ‘the snare of Hades’ and the hook of sin is still fixed in it.

We haven’t yet made our own the gladness of Christ’s salvation, for ‘the sting of death’ is still rooted in us. We haven’t yet ‘put on the new self, created to be like God in holiness’ (Eph. 4, 24), since we haven’t yet put off  the ‘old self, which is being corrupted by its deceitful desires’. We haven’t yet clothed ourselves in the image of the heavenly nor conformed to His glory. We haven’t yet worshipped God in spirit and truth, because sin reigns in our mortal body. We haven’t yet beheld the glory of the imperishable, since we’re still acting in the moonless night. We haven’t yet put on the armor of light, because we have yet to divest ourselves of the armor, the darts and the works of darkness. We haven’t yet been transformed by the renewal of the mind, since we still conform to this world in the vanity of the mind. We aren’t yet glorified with Christ, because we still haven’t suffered with him. We don’t yet bear the marks of him on our body, not having been admitted into the secret of the cross of Christ, given that we’re still in the affections and lusts of the flesh. We aren’t yet heirs of God and joint heirs with Christ, because the spirit of enslavement is still in us, rather than that of adoption. We haven’t yet become the temple of God and the habitation of the Holy Spirit, since we’re still the temple of idols and a vessel of the spirits of wickedness due to our propensity for the passions.

In truth we haven’t yet acquired simplicity of conduct or brightness of the mind. We haven’t yet been granted guileless and rational milk and mental acumen. The day ‘has not yet dawned upon us, nor has the morning star risen in our hearts’ (2 Peter, 1, 19). We’ve not yet been amalgamated with the sun of righteousness nor begun to flash with his rays. We’ve not yet received the likeness of the Lord nor have we been made partakers of the divine nature. We haven’t yet become the pure purple of the King, nor the unalloyed image of God. We’re not yet smitten with the ardent love of God, nor stricken by the spiritual love of the Bridegroom. We’re not yet acquainted with that ineffable communion, and haven’t experienced the power and peace that there is in sanctification. To sum it all up, we’re not yet a ‘chosen generation, a royal priesthood, a holy nation, a special people’ (1 Peter 2, 9), inasmuch as we’re still ‘serpents, the brood of vipers’ (Matth. 23, 33).