Saint Nicodemus of the Holy Mountain

Saint Nicodemus the Hagiorite was one of the greatest figures on Mount Athos in the late 18th and early 19th centuries. He was born on Naxos in 1749, and his baptismal name was Nikolaos. He received his elementary education on his native island, going on to the Evangelical School in Smyrna. In 1775, he retired to the Holy Mountain, where he lived a strictly ascetic life as a monk. Here he was closely associated with Saint Makarios Notaras and Saint Athanasios of Paros, and was the author of many works on ecclesiastical and spiritual matters. 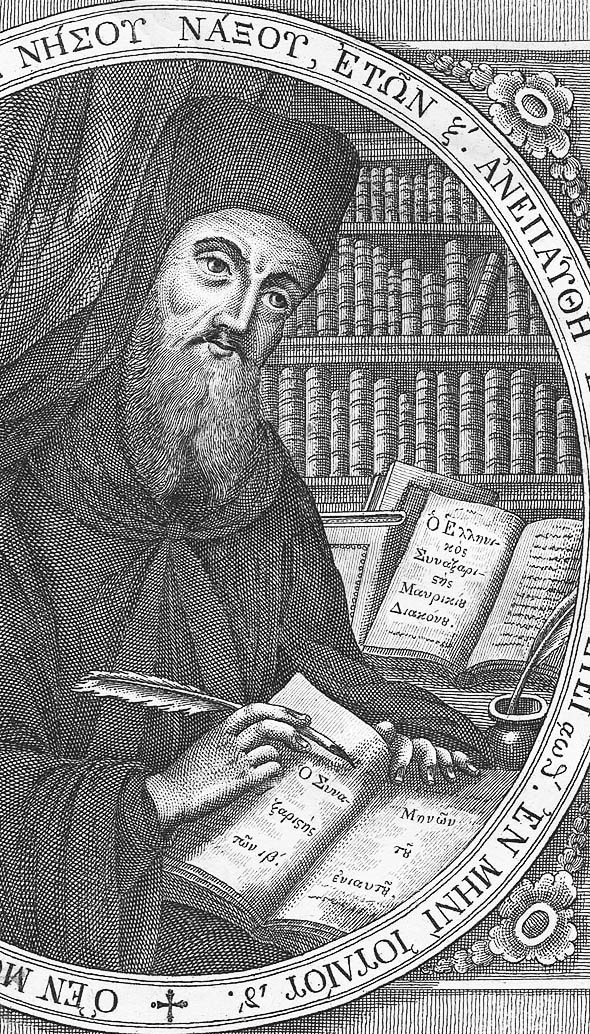 When in 1801 the Athonite School was passing through a difficult period, the Holy Synaxis of the Athonite Fathers appointed Saint Nicodemus a member of a three-man committee to be responsible for the financial management of the School. He did valuable work in improving the School’s affairs at an administrative, spiritual, and moral level. He died in 1809, on 14 July, which is observed as his feast day.